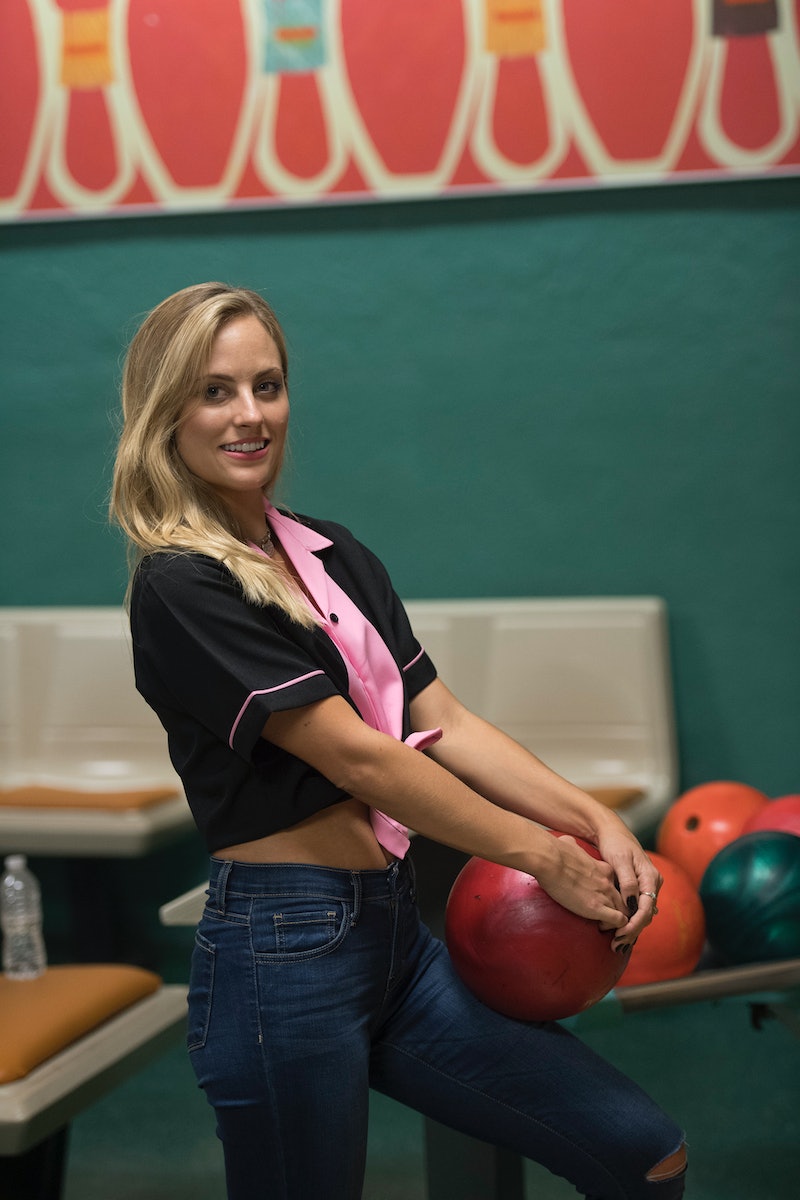 The Bachelor (supervising producer: Deborah Read) shows that life can often be stranger than fiction, but one detail about one of the competitors' lives is so coincidental that it's truly hard to believe. Bachelor contestant Kendall Long has her fair share of quirks and unique traits — chief among them her talent for ukulele playing, her love of taxidermy and willingness to eat worms to impress the person she's dating. But the show hasn't yet mentioned one of the most interesting details of her life. As it turns out, The Bachelor's Kendall has a twin sister named Kylie... as in just like Kendall and Kylie Jenner.

While people having the same name is usually nothing revolutionary, having two sisters that happen to share the names of two of the most famous sisters in the world is quite the coincidence. Even more surprising is that it hasn't come up in The Bachelor as a point of discussion. Kendall and her sister are both 26, meaning that they had six years on this Earth as a sole Kylie-Kendall sister pairing until Kylie Jenner was born in 1997, joining Kendall Jenner who was born in 1995. As surprising and coincidental as their connection to the Jenner family is, the link between these two pairs of sisters doesn't stop there. Before she was serenading Arie on The Bachelor, Kendall Long worked on a television show that featured the Jenner sisters.

Kendall's Linkedin states that when she isn't expanding her taxidermy collection, she works as a set dresser in the entertainment industry. Long's resume includes work with MTV's Ridiculousness (writer: Annie Sertichand, five episodes) and Comedy Central's Not Safe with Nikki Glaser (Director: Lindsay Crystal, 19 episodes) as well as the Keeping Up With The Kardashians 10-year Anniversary special. This means that she helped assemble the set upon which the Kardashian family sat and discussed their televised history. She likely had a hand in everything from the chairs on which the Kardashians sat to the plants and paintings that filled out the background of the interview segments of the program.

While Kylie hasn't gotten the same reality television exposure as Kendall has gotten from The Bachelor, these two could be coming for the Jenners' reality television throne. As Life & Style Magazine reports, Kendall and Kylie Long actually appeared on television together back in 2011 on a twin-themed episode of Fear Factor that never aired on television. The episode was pulled by the network, due to a controversial stunt that involved drinking the bodily fluid of a barnyard animal (NBC did not respond to a request for comment when Fox News reached out at the time).

While many of the cast members on The Bachelor were shocked that Kendall took so easily to eating worms, it's far from the weirdest thing she's been asked to do for reality television. While that controversial stunt never aired, another segment from that episode shows the Long twins maneuvering an electric maze, and it provides a look at how these two sisters work together when under duress.

Whether on-camera or off, Kendall has been involved with reality television for over five years before ending up on The Bachelor. While Kylie has only appeared on the Fear Factor episode, she may make her return to television if Kendall gets to introduce her family to Arie. She could even find herself being offered a prominent role in a future season, similar to how Ashley Iaconetti brought her sister Lauren onto a season of Bachelor In Paradise. The Long twins may not be as famous as the Jenners, but that doesn't mean there isn't room in the world of reality television for two pairs of sisters named Kylie and Kendall.