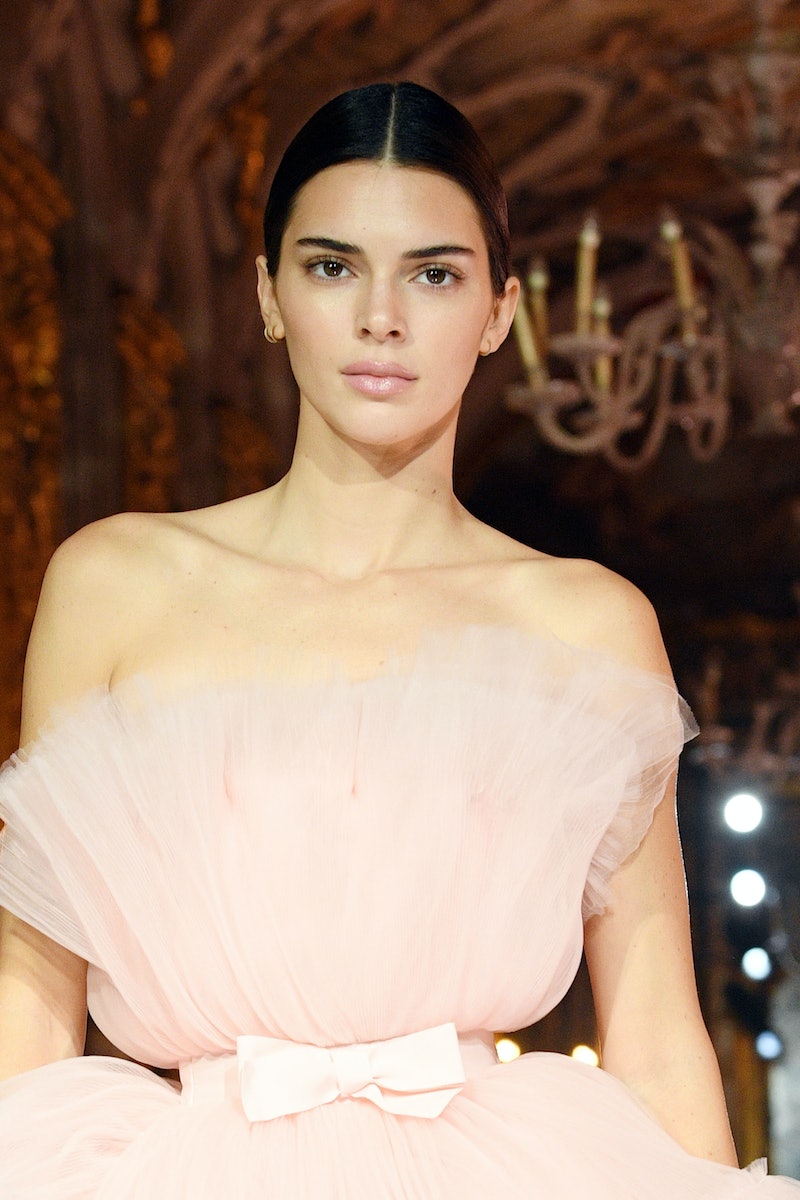 Being the only Kardashian-Jenner daughter without a baby is a lot of pressure, and on Sunday, Kendall Jenner joked about starting a family with longtime friend Fai Khadra. Jenner posted photos with Khadra and nephews Psalm West and Saint West on Instagram, asking followers if the two should have a family of their own. Khadra, who is a musican and a model, has been a close friend of the reality star for years, but the two have denied any romantic relationship.

On Instagram, Jenner captioned the slideshow of photos with a joke about having her own baby, writing, "everyone in favor of Fai and i starting a family say 'I'." Friends and family responded enthusiastically, with Kim Kardashian commenting, "I!!!!!!!!!," and Kris Jenner writing, "I" with a heart eyes emoji. Hailey Bieber responded with several enthusiastic comments, writing, "I DOOO" and "I SAY YES," while Gigi Hadid commented with an eye emoji.

Jenner is currently the only Kardashian-Jenner daughter not to have a baby, as of April of 2018, when Khloe Kardashian gave birth to daughter True Thompson, as per People, making her the second-to-last daughter to start family. Meanwhile, Kylie Jenner, Kourtney Kardashian, and Kim Kardashian, are all mothers as well. But despite her sisters love of motherhood, Jenner has been candid about not wanting kids anytime soon, but that hasn't stopped her from joking about the baby fever.

Back in April, Jenner posted a family photo on Instagram, posing with her sisters and their kids, and it included a funny joke about the rapidly growing family. In addition to the family picture, the post included a meme of a woman with a bag over her head, which was captioned "Pregnancy is in the air. Me."

In March of 2018, Jenner discussed having kids during an interview on The Ellen DeGeneres Show, saying, "I have moments where I'm like, 'Do I have baby fever? Like, do I want a baby right now?' But I don't. I don't." She added, "But I'm good. I can wait for a little while longer." Jenner reiterated her desire to wait to have kids in an interview with Vogue in April of 2019, stating, "I want to have kids, but at, like, 28 or 29."

Back in May of 2018, Jenner opened up about her growing family in an interview with Elle, joking, "It’s forever growing. Every time I think it’s eased up, someone’s popping out a baby." That someone just won't be Jenner, not anytime soon, anyways.