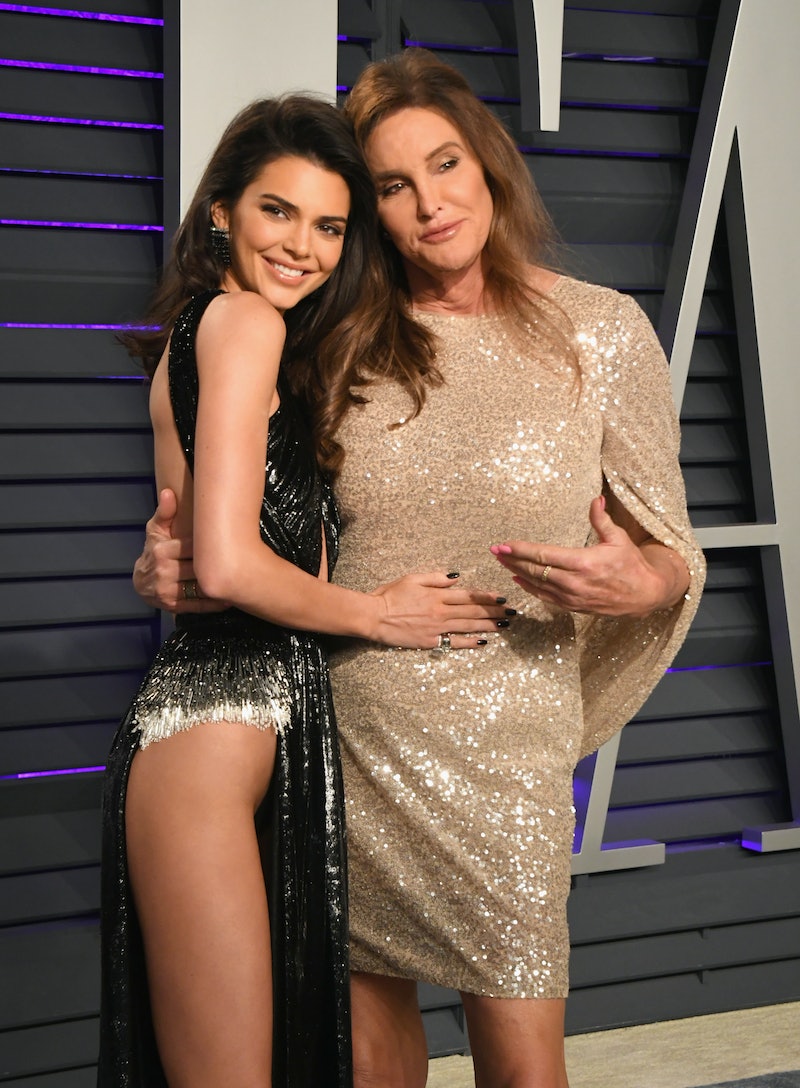 It's been five years since Caitlyn Jenner introduced herself to the world on the cover of Vanity Fair. And to celebrate the anniversary of her coming out, two of her famous daughters are opening up about how their relationship with their parent has evolved. In a new interview, Kendall and Kylie Jenner reflected on their relationship with Caitlyn, and how it has grown since her transition.

As Kendall revealed, she's only become closer to Caitlyn in the past five years. Growing up, she said in an interview with People celebrating Pride month, her dad didn't talk about her emotions very much, but that's changed since she came out. "When my dad came out as transgender, our relationship grew," Kendall said. "She could finally be honest with me. We could talk about deep emotions she was feeling through that time."

The model went on to discuss Caitlyn's Olympic career, saying Caitlyn was "inspiring then and inspiring now." Kendall shared that she wishes she could have seen her dad's Olympic wins firsthand, but hearing her stories is almost as good as being there. "There are so many stories she tells about her life and I love to just sit there and listen. She has lived so many amazing lives in one lifetime," she said. "My favorite thing to learn from my dad is about my dad."

Kylie agreed that she's only become closer to Caitlyn in the years since she came out. "My dad has always been an inspiration to me, from winning the gold medal at the Olympics to getting her pilot’s license," the makeup mogul told the magazine. "However, watching her live out her true self has been the most inspiring of them all." Both girls agreed that Caitlyn is their hero.

Caitlyn, who transitioned at the age of 65, also spoke to People about how much she's grown over the past years. From redefining her political beliefs from republican to "economically conservative, socially progressive," to starting the Caitlyn Jenner Foundation to help combat discrimination and promote equality "by providing grants to organizations that empower and improve the lives of transgender people," per the official website. "I've changed my thinking in a lot of ways she said, while acknowledging that her journey as a transgender woman has been unique. "This is my journey. Yes, it is different than other trans people. I get it," she shared “But the bottom line is this: When I wake up in the morning, I'm happy with myself."

Seeing her happiness has had a positive impact on her daughters, who seek to emulate her bravery. "Because of my dad’s bravery, I’ve learned to love what I love and not be ashamed of it..." Kendall said. "She's so brave and I aspire to be as brave as her one day."