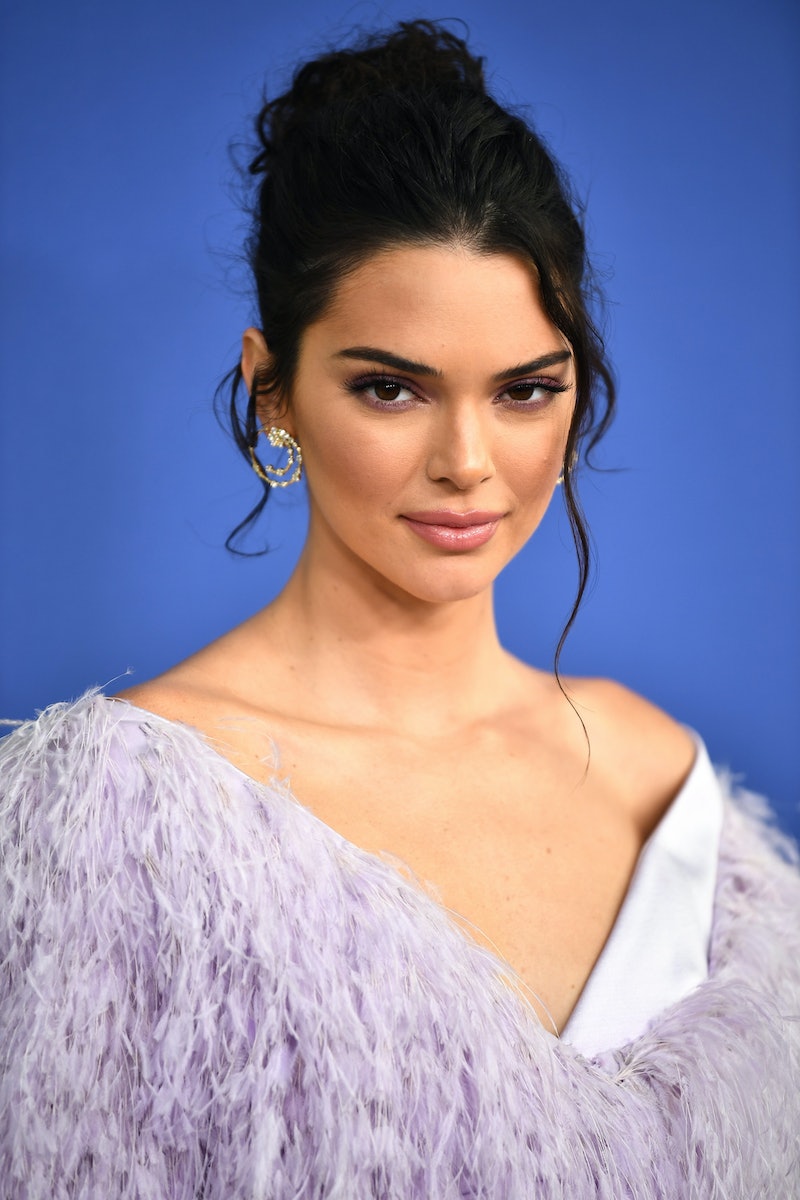 Maybe she just couldn't accept a rose ceremony? When Kendall Jenner admitted The Bachelor makes her cry, in video posted by E! News on Wednesday, August 1, members of Bachelor nation were undoubtedly saying "um, same." In the behind-the-scenes clip to promote the Kardashian-Jenner sisters' second global Calvin Klein ad campaign, the model noted that tears don't come easily for her either.

"I haven't cried in a while — that's really big for me," Kendall revealed when asked about the last time she turned on the waterworks. "Maybe I cried in The Bachelor … I was watching The Bachelor and I cried a little bit."

Kendall — who posed with sisters Kim Kardashian West, Kourtney Kardashian, Khloe Kardashian, and Kylie Jenner for the March shoot — may have even wanted to be on the ABC franchise herself. While answering Vogue's 73 Questions back in 2016, she didn't miss a beat in naming ABC's The Bachelorette as the TV show she would "kill to make a cameo in."

Ironically, a previous contestant — Kendall Long from Arie Luyendyk's season of The Bachelor — has a twin sister named Kylie. Oh, and just to make things a little more coincidental, Long also acted as a set dresser for the Keeping Up With the Kardashians 10-year anniversary special, according to her LinkedIn profile.

While on the set of the Calvin Klein shoot with her sisters, Kendall pulled double duty, both posing for photographs and snapping her own behind-the-scenes images with her Contax T2 camera, according to Vogue.

“I’m very observant. I take everything in when I’m on set, even things like lighting, and how to set my camera,” Jenner — who previously showed off her skills, sharing personal photos from the Met Ball — told Vogue via email. “It’s nice being on set and getting to take pictures of my sisters again. They’re all so beautiful, which makes them easy to photograph ... These are good memories to have.”

The 22-year-old is also making plenty of sweet memories with her siblings' children, developing a "really special connection" with sis Kylie's 6-month-old daughter Stormi, according to People.

“I don’t know if it’s that Kylie is my little sister, but I was hanging out with her the other day at lunch, and we were just sitting, and [Stormi] was just so comfortable with me, and it made me so happy,” the 22-year-old told the magazine on July 29.

Now that all of Kendall's sisters have children, motherhood was one of the many other topics the girls discussed in their individual CK behind-the-scenes videos.

While Khloe recently tweeted about how daughter True changed her, Kylie had an opposite perspective. "I don't think being a mom changed me," the lip kit maven admitted in her Calvin Klein interview. "It just made me look at life a little differently and just value time."

Kim's take? "Being a mom just not makes you give a f*uck about anything else but what's immediately going on inside, like in your home, in your family — like all the other stuff kind of fades away," said the mother to North, Saint, and Chicago (with husband Kanye West). "Nothing matters but your family, so I think it really helps you center and get grounded."

Other topics the Kardashian-Jenners discussed included which family members give the best advice, the last text messages they received, and what they currently have set as their phone wallpapers. In a group video, the Kardashian and Jenner sisters played a game of telephone, showing just how easily gossip spreads. You know, since there may or may not have been false rumors about each girl over the years.

"I think our family is definitely really relatable," Kim added. "I mean we know that we definitely show a side that's not as relatable, but I think it's the balance of being in between, of seeing us come up and doing that with us and sharing those experiences with us."

One of the things that obviously is relatable though is Kendall crying along with Bachelor Nation as reality stars go on their respective journeys to find love.