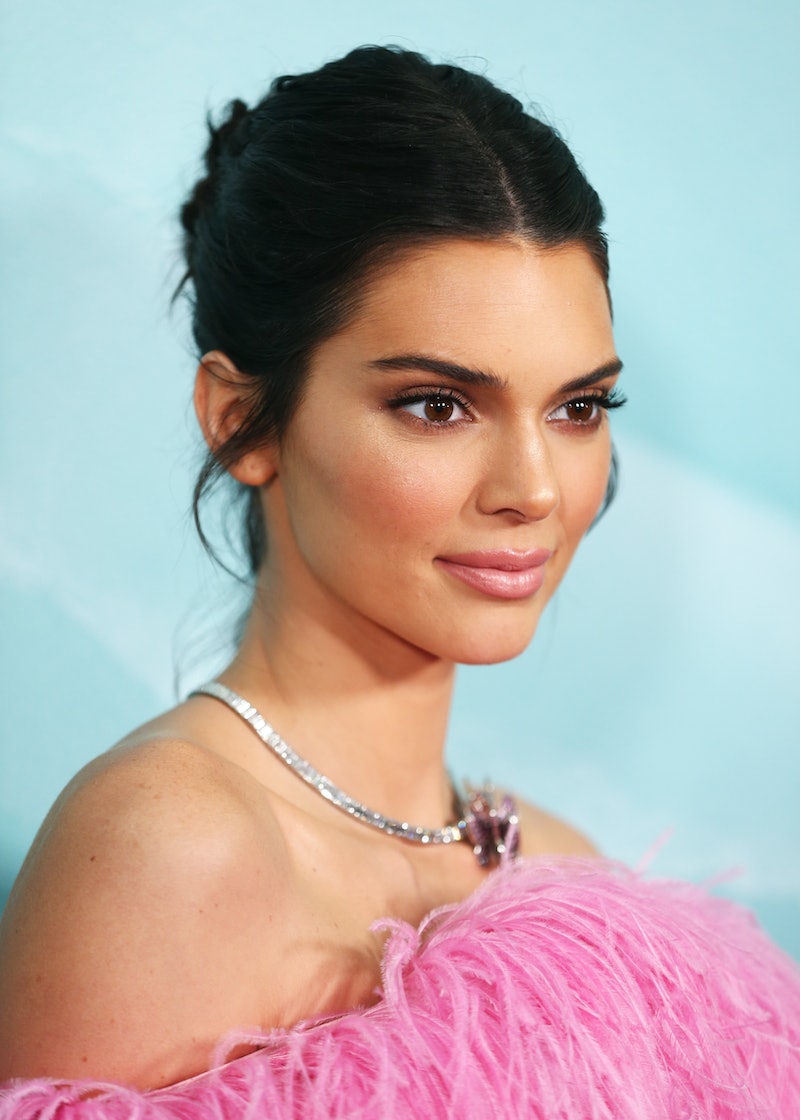 When it comes to Coachella style, Kendall Jenner always shines. What she wears to the three-day festival always inspires fans' upcoming summer wardrobes, and last week's outfit was no exception. Kendall Jenner wore a Lack of Color Western Wide Palma hat to Coachella, (offered in sizes S to XL) proving that a good hat completely transforms an outfit.

Jenner chose the wide brim hat to add an unexpected touch to her Calvin Klein look. The model was headed to the #MyCalvins House in Coachella, which was a multi-room Instagram-photo-taking experience. The space resembled a ‘70s-inspired, Californian style house that was located on the grounds of Coachella.

Ready to be thrown back in time, Kendall wore baggy Calvin Klein overalls on top of a simple ribbed tank top. One of the overall straps was left hanging, creating a casual and undone look. While the overalls were chic in their own right, Kendall elevated the simple outfit with the help of the Western Wide Palma hat. Her look immediately went from "'70s teen" to "picking grapes in a French vineyard" with the chic accessory.

The summer hat comes from the brand Lack of Color, which is a popular Australian label that makes both women's and men's hats. The brand is a hit with celebrities, where A-listers like Rosie Huntington-Whiteley, Vanessa Hudgens, and Gigi Hadid have worn its styles. In fact, Hudgens was the one who contacted the brand in 2016, asking if she could wear some of its pieces to Coachella. After that, Lack of Color was on the map.

The hat that Jenner wore is called the Western Wide Palma, and it is handmade by artisans in Mexico. The wide brim hat is made from 100% baked palm leaf, and it's the perfect accent to any summer soiree. The hat features a cowboy crown and is made from tightly woven pressed palm, giving it an earthy, southwestern look.

While Jenner is known to have a closet full of pricey designer pieces, this wide brimmed hat is one of her more affordable purchases. The accessory clocks in at $119, making it a mid-range buy.

The hat comes in two sizes: S-M and L-XL. The S-M size is suitable for heads that measure between 21 to 22 inches. The L-XL size is made for measurements between 22.5 to 23.5 inches.

While Jenner wore her hat with overalls, Lack of Color shared o its product page all the different ways you can style the piece. For example, it's a great accent to a minimalist, monochrome outfit because it gives the simple look some character.

It's also a great accessory to match with retro high waist jeans and a crop top, like below.

The Western Wide Panama hat is also great for a loose tunic dress, giving a pop of interest to the simple frock.

The palm leaf hat is clearly versatile, and it can adapt to any outfit you throw at it. Whether you follow in Jenner's Coachella footsteps and wear the wide brim hat with overalls, or go a more simple route with a monochrome outfit, you will look flawless all summer long.