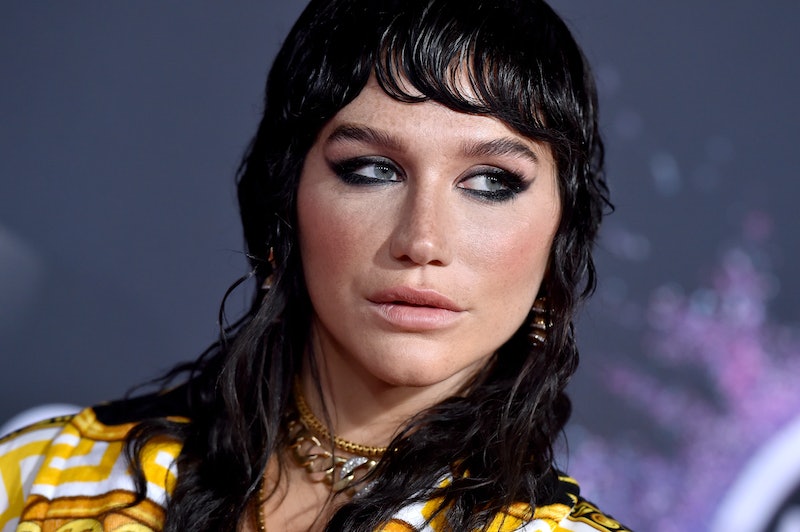 During a 24-hour Global Pride event for Stonewall Day Kesha delivered an emotional performance of "Rainbow" as part of the livestream and fundraiser. Kesha, who performed on behalf of the Ally Coalition and Ruth Ellis Center, used the opportunity to speak directly to LGBTQIA+ fans and sang a powerful rendition of her 2017 single.

On Saturday, Kesha appeared in a pre-recorded video and told fans, "I really do believe that you are the future." The "Raising Hell" singer noted how much her LGBTQIA+ supporters mean to her, saying, "You inspire me with your energy, your heart, your voices, and the way you take action." The singer also used her platform to encourage viewers to register to vote. "If you're 18, you better be voting in November, we need you," she said. "If you're not 18 yet, make sure people know you matter. You're going to change the world."

"Rainbow", which appeared on the artist's 2017 album with the same title, has been embraced as a queer anthem. The song features empowering lyrics, with Kesha singing, "You'll find a rainbow, rainbow, baby/Trust me, I know life is scary," and "Just put those colors on, girl/ Come and paint the world with me tonight." Kesha performed a stripped-down version of the track, singing in front of a rainbow banner accompanied by a colorful light show.

The COVID-19 pandemic has forced Pride marches and events around the world to cancel. Global Pride, which was hosted by Todrick Hall, provided an opportunity for the LGBTQIA+ community around the world to, "come together and celebrate diversity and equality during these challenging times," as per the event website.

Kesha was just one of the many noteworthy artists to perform at Global Pride, which included appearances from Taylor Swift, Katy Perry, Demi Lovato, Hayley Kiyoko, Big Freedia, Adam Lambert, and Laverne Cox. Several notable politicians also appeared during the event, including Barack Obama, Joe Biden, Nancy Pelosi, and Justin Trudeau. The purpose of the livestream was to honor the anniversary of the 1969 Stonewall Riots amid a time where the pandemic does not permit gathering in-person.

Fans who are celebrating Pride at home can enjoy Kesha's emotional performance of "Rainbow" on YouTube, along with more performances from the full Stonewall Day 2020 livestream.