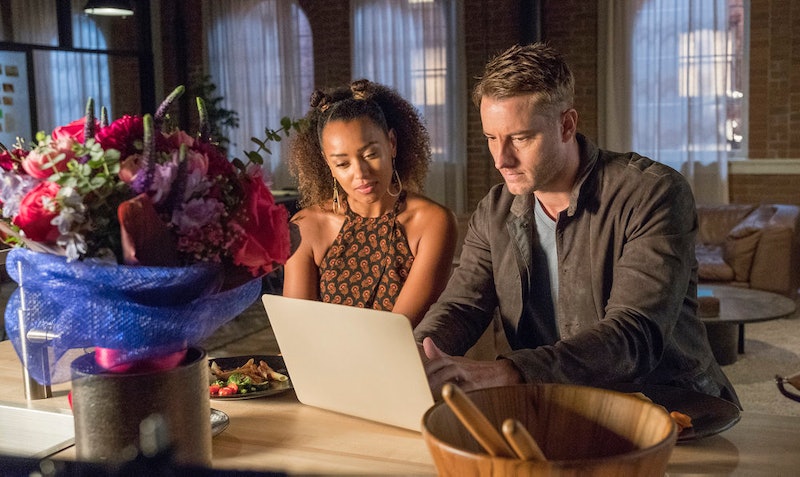 Say what you will about Kevin Pearson, but once this guy sets his mind on something, there's no stopping him. So when he decided to learn as much as he can about his father's past, you better believe he's going to get to the bottom of it when all is said and done. The next phase in his Jack Pearson history lesson involves a trip to Vietnam. So where will Kevin and Zoe go in Vietnam on This Is Us once they get there? There's definitely one person in particular they plan on tracking down.

During the most recent This Is Us episode, Kevin sat down with Randall and shared with him everything he's learned about Jack's time during the war so far, including the photo of him with a woman who is wearing the necklace Jack gave to Kevin after his football accident. Kevin knows how much this item meant to his father, which means this woman (who was the original owner of the necklace) must have meant a lot to him as well. Maybe their relationship was of a romantic nature and maybe it wasn't, but Kevin is sure that if he's able to track her down, he'll finally get some real answers about his dad's past.

In fact, he even told Randall that he plans on going to Vietnam and finding this woman. So odds are, he and Zoe will be headed to the village shown in the photo with the hope that she still lives there — or at least someone who lives there knows where he can find her. It's a real shot in the dark given how long its been and how large a country Vietnam is, but that's the Pearsons for you, always following their hearts and then thinking later.

Now given that nothing ever comes easy for any of these characters on This Is Us, it stands to reason that Kevin's search won't be as easy as he hopes. It make take him a while, but odds are he'll eventually get to meet this person and learn what the two of them meant to each other. This is a television show, after all.

Jack's old wartime buddy Mr. Robinson warned Kevin that his father may not want him to know about that particular part of his life, but in the end felt it wasn't his place to stop Kevin from learning the whole truth. That's when he gave Kevin the letters, which included the photo.

Perhaps this woman was who Mr. Robinson thought Jack might have wanted to keep hidden, so Kevin might not end up liking what he finds in Vietnam. But he's still determined to get to the bottom of it, since not knowing these things about his father is clearly eating away at him. Maybe it'll even help him to get closure and feel a little closer to Jack when all is said and done.

It's hard to say where exactly this journey will lead both Kevin and Zoe once they touchdown in Vietnam, but locating this woman is definitely their starting point and, at the very least, will help point them in the direction of where to go next. One way or another, though, Jack's past is most definitely coming to light.