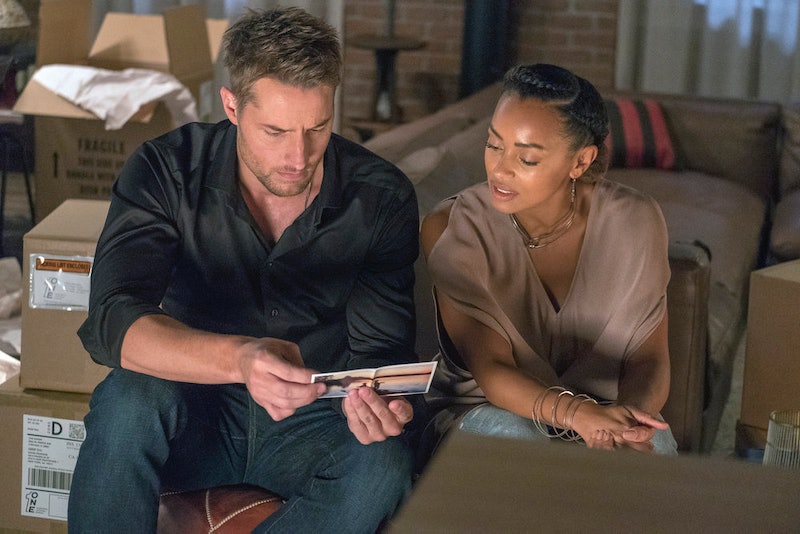 Kevin Pearson started out as the least interesting of the Pearson siblings on This Is Us (The Manny? Really?), but, thanks to Justin Hartley’s portrayal, he’s quickly morphed into a well-rounded and complex character. Kevin is a fixer, too, almost as much as his siblings arehe just doesn’t get the credit for it. Kevin has done the impossible in finding Jack’s brother and his uncle, Nicky, but in giving so much of himself to this search, Kevin is struggling with his sobriety on This Is Us. He’s relapsed back into his alcohol addiction, and if he doesn’t focus on himself soon, he could lose all the progress he’s made.

This Is Us left off before two weeks of State Of The Union addresses, both potential and actual, with the Pearson triplets bringing their Uncle Nicky back to their hotel. He’s suicidal, drunk, and still unable to cope with what happened both in Vietnam and between him and Jack. Surprisingly, Randall is not the one to push Kevin and Kate into a harebrained idea, and Kate’s not the one who insists on forcing Nicky into a veteran’s home.

That honor is reserved for Kevin, despite the fact that his siblings are ready to bail back to their respective coasts, because Kate has doctor appointments and Randall has three kids, a wife, and also city to look after.

By the end of the episode, Rebecca has joined the rest of the Pearsons in meeting Nicky, and Nicky has agreed to some AA meetings. Unfortunately, and unbeknownst to the rest of his family, Kevin also needs the AA meetings. Alone in Nicky’s trailer, Kevin drank half a bottle of his uncle’s whiskey, and he hasn’t told anyone about.

Kevin could be the one protesting too much here — he is adamant about Nicky finding support and survivors from the Vietnam War, finding people to talk to in AA, finding some sort of peace. But that’s because Kevin hasn’t yet found his own peace. He has Zoey, and he has his recovery, but any addict or friend or family of an addict can tell you that addiction is never fully conquered. It’s not a dragon you can slaughter and put away.

It’s a daily, ongoing choice not to drink or do drugs, and in focusing so much on finding his uncle, Kevin lost the ability to look inward and measure his own internal barometer. How is he feeling about this? About himself? His father? And so, Kevin falls off the proverbial wagon.

Alcoholism runs in the Pearson family, and Kevin can’t keep his slip a secret. The episode of course ends with Kevin riddled with guilt about his mother’s praise and the fact that he ruined his sobriety. It’s a slippery slope, the one he’s walking, and he’s going to need the support of his family, Zoey, and his recovery team in order to get back to where he needs to be. It will be interesting to watch how all of this plays out going forward — at this point, viewers consider Kevin family, too.