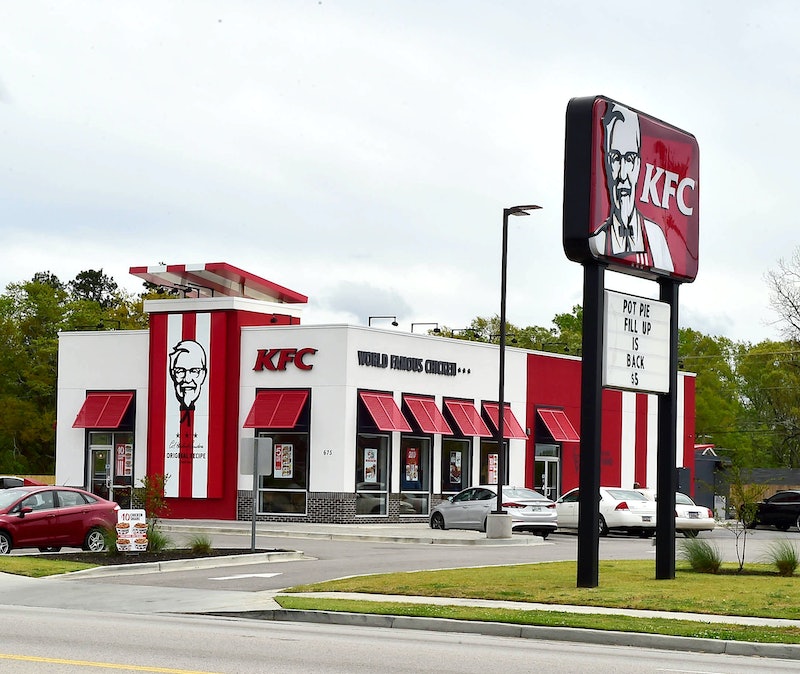 An honest question: Do you love KFC so much you'd name your baby after it? What if doing so meant you'd get a head start on their college fund? If your answer is “yes,” well, an opportunity may have just presented itself to you: If you name your baby “Harland,” KFC might gift an $11,000 donation to your kid's college fund — as long as little Harland is the first baby bearing that name born on Sept. 9, 2018, that is.

In case you weren’t aware, Colonel Sanders’ full name was Harland David Sanders. In honor of his 128th birthday, and with the hopes of repopularizing the name "Harland," KFC has put together quite the opportunity: New parents with babies born on Sept. 9 who name their brand-new offspring after the Colonel’s given name can head to this site to submit the name, date, and time of birth of their little Harlands, along with their own contact information. You’ll have 30 days to throw your proverbial hat into the ring after the site goes live on Sept. 9; if your child is ultimately determined to be the first Harland born on Sept. 9, your wee one will receive $11,000 from KFC for their college fund.

Why $11,000? The amount was inspired by the famous 11 herbs and spices that go into KFC’s original recipe, according to a press release. However, it’s probably worth noting that how far that amount will go might vary dramatically depending on little Harland’s situation 18 years down the line.

According to U.S. News and World Report, the average cost of college tuition and fees for the 2017-2018 school year was $34,699 at private colleges, $21,632 for out-of-state students attending state schools, and $9,528 for state residents at state schools — and, of course, we can almost certainly expect all of those numbers to rise quite a bit by the time Harland enters the world of higher education. (The costs for the 1997-1998 school year were $21,020 at private schools and $4,740 for public ones, according to CNBC, so, uh… you do the math.)

"Harland" hasn’t been regularly in use for quite some time: According to Baby Center, the name reached its peak popularity in the United States in 1905, at which point there were around 166 Harlands per million babies born. It ranked 483 on the Social Security Administration’s list of most popular baby names that year. For what it's worth, Harland wasn’t exactly a popular name the year Colonel Sanders was born, either; in 1890, reports Baby Center, there were only 45 Harlands per million babies born in the United States. Furthermore, the name didn’t even rank in the top 1,000 that year, according to the SSA, although Harlan came in at 547. As such, anyone called Harland in this day and age would likely find themselves fielding an awful lot of comments about their unique name, even if it weren’t connected to a marketing campaign — its old-fashioned nature would definitely see to that.

For more info about the contest, head here. Good luck, future Harlands of the world. May your star always shine bright — whether or not you were named for the founder of an iconic fast food brand.