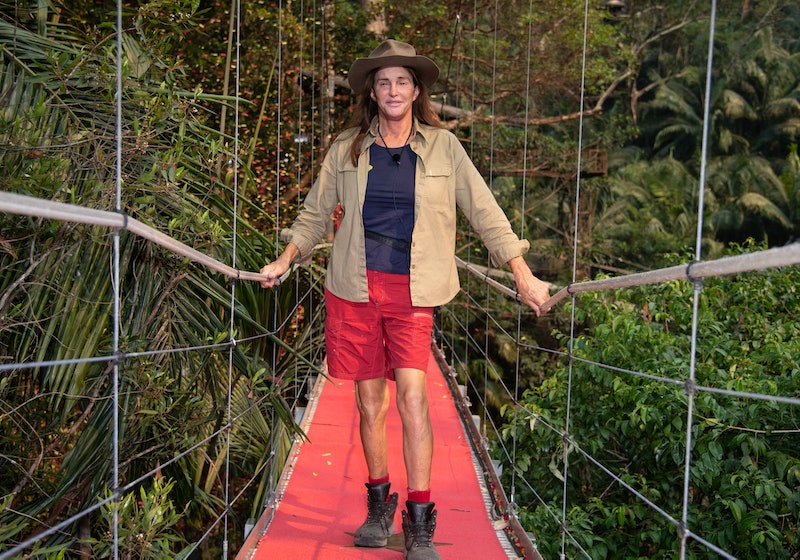 I'm A Celebrity fans will no doubt be in mourning this week as it's the 2019 series is now officially over. As we all know, one of the most high-profile contestants on the show this year was of course Caitlyn Jenner, who was eliminated just two days before the final alongside Nadine Coyle. At the time, fans have noted nobody was waiting for the American star when she exited, but now Kim Kardashian has explained why Caitlyn's exit was a solo affair, stating that she and the family were never invited by anyone working on the show. Interesting.

Throughout the show, fans pointed out a noticeable lack of support from Caitlyn's family, which the media inevitably picked up on. This even led to Caitlyn's daughter Kendall Jenner having to defend herself, posting a story on Instagram that read: "Just coz i'm not posting doesn't mean i'm not supporting. I love my dad." Then, when it came time for Caitlyn to leave the jungle, she did not have a family member present to meet her at the end of the bridge. In fact, fellow contestant James Haskell, who had been eliminated a few days prior, even went down to the bridge to make sure Caitlyn wasn't on her own.

So why exactly wasn't anyone from the star's family in attendance? Well, according to Just Jared, Caitlyn's son Brandon Jenner told a fan on Instagram a few days ago that "nobody reached out to set it up." He added: "I think it might have been a ‘storyline’ the producers wanted to fabricate in order to get more empathy for Caitlyn. That’s how that kind of TV works."

And the most recent news is that Kim Kardashian has herself now confirmed the news that nobody from I'm A Celebrity got in touch to ask family members to attend. "Exactly what Brandon said!!!! NO ONE from I’m A Celeb even reached out and asked for letters, appearances or anything from any Kardashians or Jenners," she wrote on her Twitter.

I've reached out to ITV reps to see what their response is to Brandon and Kim's claims. I'll let you know if I hear anything.

The good news either way is that Caitlyn didn't end up being completely alone after she left the jungle, as close friend Sophia Hutchins was there waiting for her. Plus her daughters Kylie and Kendall also threw her a lovely welcome home when she arrived back in the U.S., complete with a delightful balloon display.