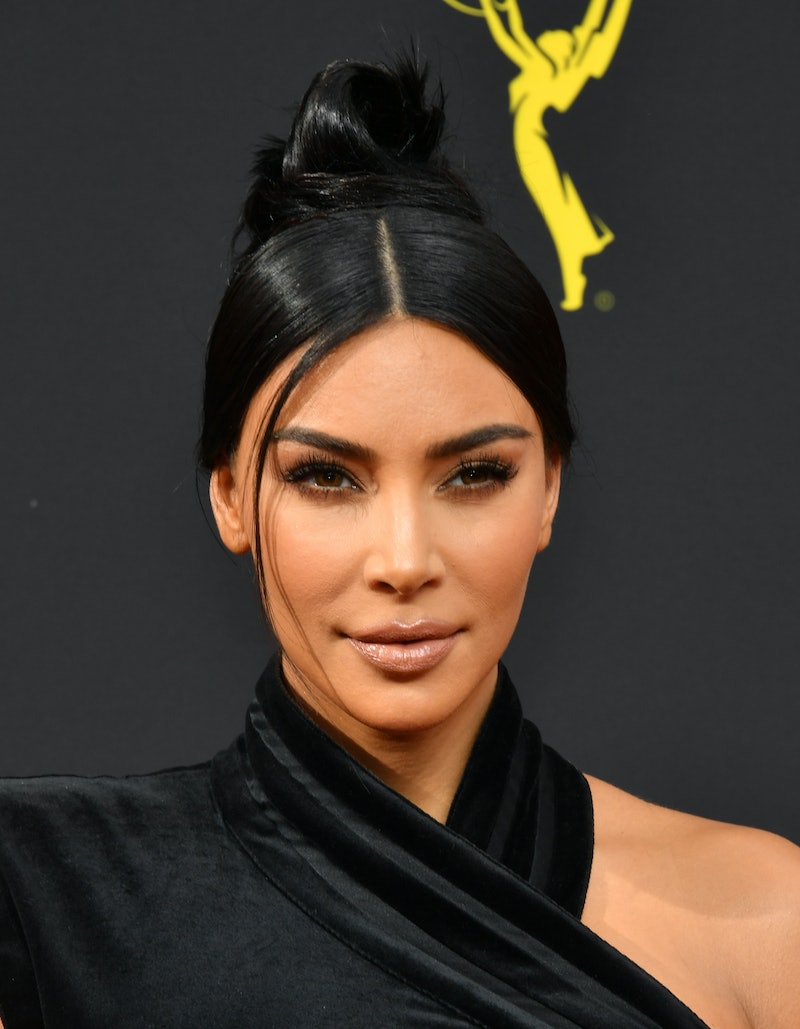 Kim Kardashian returned to the homeland, Armenia, with her sister Kourtney Kardashian and all of their kids, according to her social media. Kim posted that she and her children got baptized in Armenia in several Instagram posts on Thursday, Oct. 10. The reality TV icon shared photos with her oldest daughter, North West, in an Armenian church. The mother of four wrote in the caption, "Thank you Armenia for such a memorable trip. So blessed to have been baptized along with my babies at Mother See of Holy Etchmiadzin." Kim's caption notes that it's "Armenia's main cathedral," which is also known as the V"atican of the Armenian Apostolic Church." The church was built in 303 A.D.

Although Kim's Instagram post did not specify which children were baptized, an Oct. 8 E! News article reported that Kim's three youngest children —Saint, Chicago, and Psalm— were reportedly the only ones who got baptized. Nevertheless, their sister North and cousins Mason, Penelope, and Reign were all in attendance for the milestone event.

This could be because North has already been baptized. In a 2015 trip that was filmed for Keeping Up With the Kardashians, Kim, her husband Kanye West, and Khloe Kardashian spent time in Armenia before they headed to Jerusalem for North's baptism in an Armenian church. However, Kanye didn't seem to be present for the family's 2019 trip.

On Oct. 8, Kim gave the keynote speech at the World Congress on Information Technology convention in Armenia. She talked about how bringing her kids and sister Kourtney to the country "means everything to us." E! News reported that the family filmed the trip for Keeping Up With the Kardashians, which is on the E! network.

In another Oct. 10 Instagram post, Kim shared more family photos from the baptism inside the church, with all of the kids wearing white, except for North who wore a cream-colored ensemble. White outfits are the traditional choice for an Armenian baptism, per the St. James Armenian Church.

During their Armenia trip, Kim, Kourtney, and their kids went to the Tsitsernakaberd Armenian Genocide Memorial Complex, per photos shared by E! News. The famous family placed red roses down at the memorial while they paid their respects. Kim also reportedly visited the Armenian Government building in Yerevan.

On Oct. 8, both Kim and Kourtney met with Armenian Prime Minster Armen Sarkissian. E! News reported that they had a six-course meal for two hours. Additionally, Armenian Prime Minister Nikol Pashinyan posted a selfie with Kim and shared that Kim will "visit Armenia more often."

Before her vacation, Kim tweeted about the trip and suggested that she did hope to visit more often, but with a greater purpose. On Sept. 26, the businesswomen tweeted about her hopes to create jobs for Armenians, including jobs related to production for Skims, Kim's new shapewear line.

Kim and her family seem to have gotten a lot done during their trip to Armenia — when it comes to business and family.

More like this
Kim Kardashian Gives “Bucket List Dream” Lecture At Harvard
By Alyssa Lapid
How Khloé Kardashian & Family Supported Tristan Thompson At His Mom's Funeral
By Brad Witter
Kim Kardashian’s Son Saint Had This Unique Request From The Tooth Fairy
By Alyssa Lapid
Kim Kardashian & Kylie Jenner Squabble Over Skims On Instagram
By Alyssa Lapid
Get Even More From Bustle — Sign Up For The Newsletter
From hair trends to relationship advice, our daily newsletter has everything you need to sound like a person who’s on TikTok, even if you aren’t.