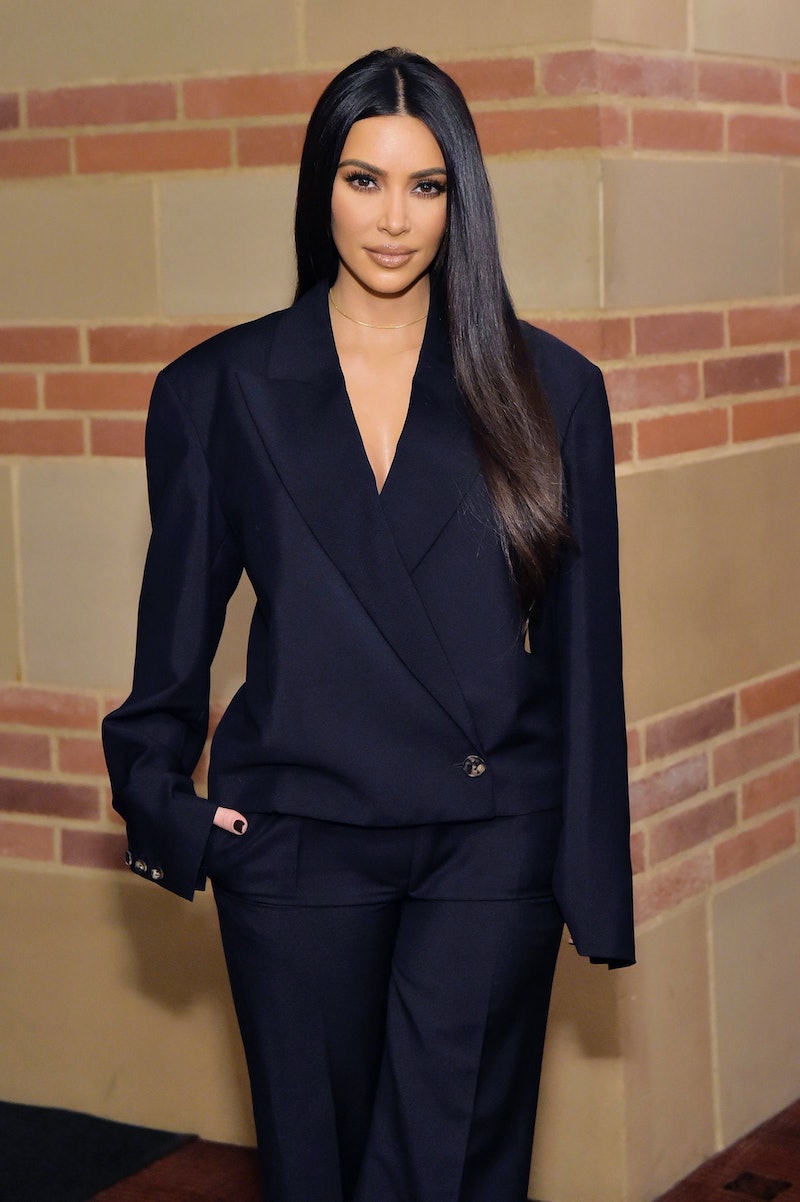 Not every couple will agree on every fundamental value — and certainly not every celebrity couple. On Monday, Kim Kardashian opened up about disagreeing with Kanye West in a profile published in The Cut. In the interview, Kardashian discussed how her relationship with Kanye has grown over the years, and noted that accepting their differences helped the couple evolve.

During the interview, Kardashian emphasized the importance of respecting her husband's differing opinions, saying, "It’s okay to not understand each other. It’s okay to not have the same exact feelings all the time." Instead, the couple tries to grow from disagreements, and Kardashian said, "It’s just about figuring out how do we grow from that? or what’s the lesson from that?" and that the couple try to offer each other, "space and time to figure that out."

Over the years, Kim and Kanye's relationship has changed, but the star also noted one thing remained a constant. "The one consistent thing is our relationship has never stopped being fun," she said.

Kardashian noted how the two still offer mutual support for each other's projects, and praised the rapper's current work in architecture, saying, "He’s fascinated with buildings and homes. He wants to do low-income housing, and have the design be elevated: simple and cool and affordable.” She also discussed Kanye's support of a James Turrell's Crater in Arizona's Painted Desert, an art installation which appeared in the rapper's film, Jesus Is King, as per People.

Though the reality star did not explicitly state what the couple's disagreements were about, Kim and Kanye's differing political views have recently come under scrutiny. It began in April of 2018, after the rapper posted a series of controversial, seemingly pro-Trump tweets, as per People. On April 25, Kanye tweeted, "You don't have to agree with trump but the mob can't make me not love him. We are both dragon energy. He is my brother" and a photo of a signed "Make America Great Again" hat.

The rapper's tweets received pushback online, and in turn, Kardashian defended Kanye in a series of tweets, calling out the media for speculating on his mental health, writing, "To the media trying to demonize my husband let me just say this... your commentary on Kanye being erratic & his tweets being disturbing is actually scary." The reality star also acknowledged their political disagreement, tweeting, "Most people (including myself) have very different feelings & opinions about this. But this is HIS opinion. I believe in people being able to have their own opinions, even if really different from mine."

Kanye's tendency to court controversy online, and his political values, are clearly a source of disagreement for the couple, but from her interview on Monday, it's clear Kardashian has found a way to live with these difference, instead of letting them fester and grow.