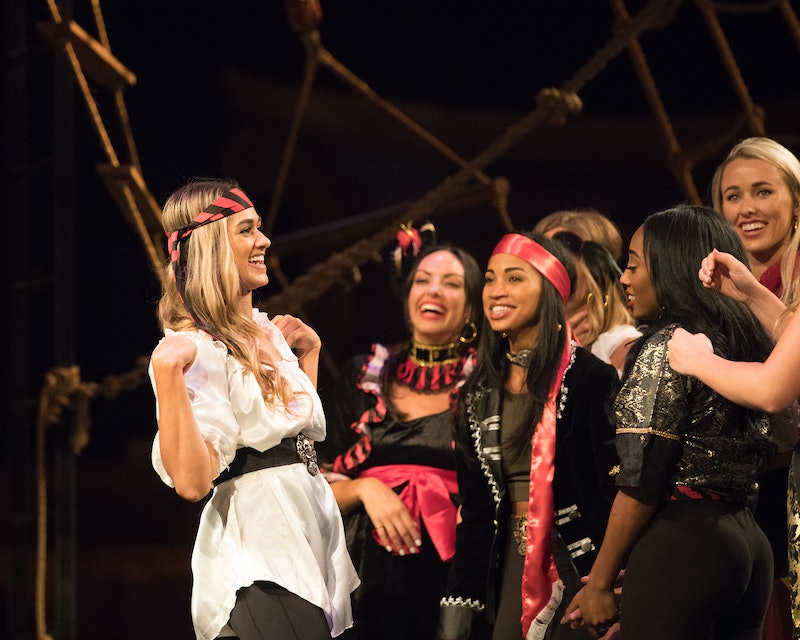 It’s almost a business to have a weird or non-job job if you’re on The Bachelor, because it makes you stick out amongst all the other contestants. Sloth? Chicken lover? You may as well just say “unemployed,” but at least it gets the people talking! What is Kirpa’s job on The Bachelor? This California beauty has an identifiable career plan that doesn’t seem to involve livestock, gimmicks, costumes, accents, or releasing butterflies from boxes. That’s a win.

According to her ABC.com profile, Kirpa is a 26-year-old dental hygienist from Whittier, California. She works in her dad’s dentistry business, and that means she’s wrist-deep in people’s mouths all day, which also means that she’s seen some stuff. Some plaque. Some decay. Some bad breath. If she can handle cleaning your teeth after you’ve been lying for five years about flossing, she can certainly handle some bad attitudes in the Bachelor mansion. I can even forgive the bad virgin joke she made in the premiere episode of The Bachelor — she said that cleaning Colton’s teeth was as close as a woman could get to him at this point — just because being a dental hygienist is tough work.

Kirpa says that her deal breaker is a man that doesn’t floss his teeth, so I hope for Colton’s sake he has good dental insurance. Gotta get on those panoramic x-rays, Colton, OK? Every three years!

Kirpa is not the only dental hygienist or dentist to appear on The Bachelor, and, interestingly enough, the American Dental Hygienists’ Association took aim at the program in 2016 because of an “unprofessional and inaccurate description of the dental hygiene profession in United States.” According to Dental Products Report, ABC and The Bachelor used "dental hygienist" as an example of one of the ridiculous, not-real jobs that The Bachelor contestants seem to advertise in their contestant bios. Considering that you need, uh, actual college degrees and real-life training to be a dental hygienist, let's hope that ABC doesn't make the mistake again. It's not a good look to make being a "twin" and "dental hygienist" seem like the same kind of work.

Anyway, Kirpa seems to be on the good side of the ADHA, as no one has said anything disparaging about being a hygienist. When Kirpa is not cleaning teeth and gums, she loves Grey’s Anatomy (same), hiking, reading, cooking, swimming, Disneyland, and Denver, Colorado, which is, to her the “most romantic” city in the United States. Kirpa hasn’t spent much time with Colton so far, so it’s hard to tell if these two will have a connection. What's good is that she's making friends with her fellow contestants, and you know what that means — referrals for her dentist dad. (I kid!) But seriously, contestants who make friends with other people tend to do well in this franchise.

Hopefully, we'll get to see a lot more of Kirpa on this season of The Bachelor, because she seems fun, smart, and serious about fighting gingivitis and gum disease. Colton would be lucky to end up with a gal like Kirpa.