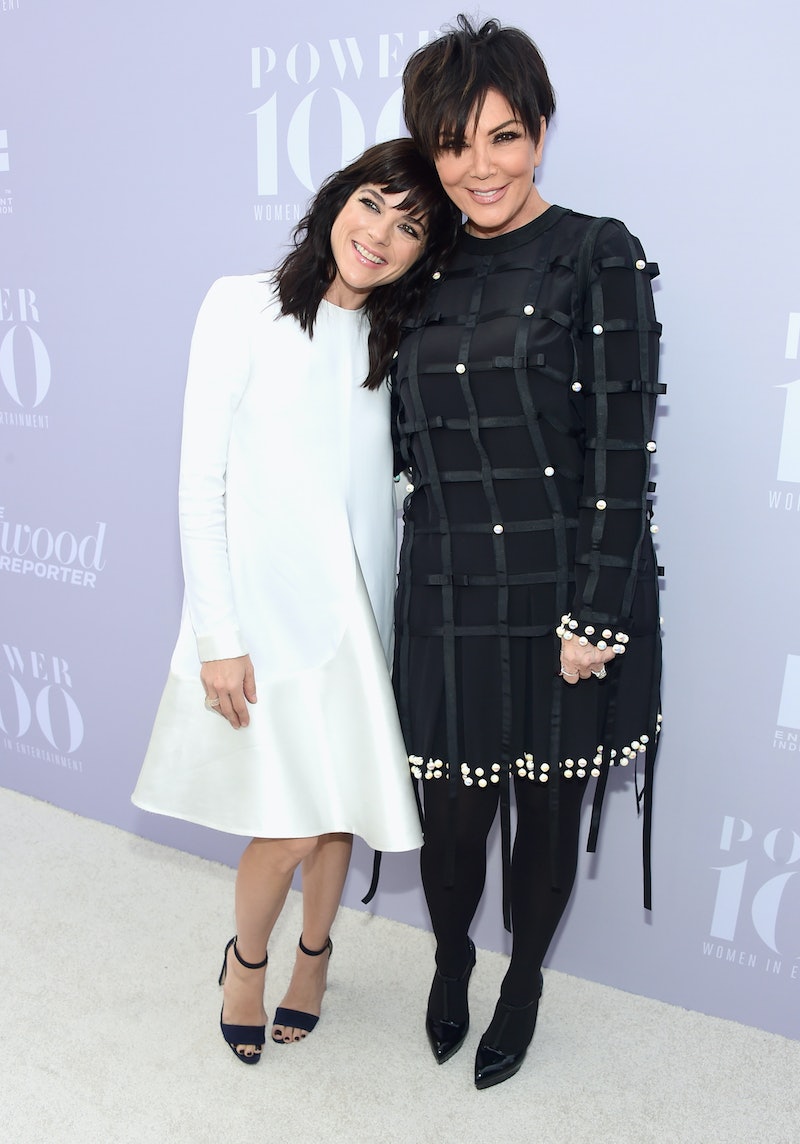 Ever since Selma Blair came forward with her multiple sclerosis diagnosis in October 2018, she's been receiving an immense amount of support. Even Kris Jenner sent Selma Blair flowers, the actor revealed in a new interview with Vanity Fair published on Feb. 26. Believe it or not, but Blair and Jenner formed quite the connection after the actor portrayed the Keeping Up With the Kardashians star in FX's The People v. O.J. Simpson: American Crime Story in 2016.

Blair told the magazine Jenner was kind enough to send her an arrangement of flowers that "were more expensive than my mortgage." As Kardashian-Jenner fans know, the KUWTK family loves gifting extravagant flowers.

The Cruel Intentions actor said when she initially revealed she was battling MS, she was surprised her diagnosis became news and how many people started reaching out to her, like Jenner. The 46-year-old said,

"It wasn’t about announcing a dramatic diagnosis. I had no idea, for some reason, that news outlets would pick it up or anything. When they did, I was kind of uncomfortable. Then I was worried, thinking, Will anyone hire me?"

She also added with her "dark humor" as Vanity Fair put it, "I reconnected with so many people who thought I might drop dead soon."

As for Jenner, she spoke directly with Vanity Fair about Blair and how she's been following her brave journey. She told the publication,

"She really is sharing something so vulnerable, and so scary. She showed me what courage is, and how to be brave. I changed a bit of the way I live my life because of her."

When initially opening up about having MS, Blair shared a lengthy post on Instagram. In addition to revealing she learned of her diagnosis on Aug. 16, 2018, she bravely wrote, "I am disabled. I fall sometimes. I drop things. My memory is foggy. And my left side is asking for directions from a broken gps." She continued, "But we are doing it . And I laugh and I don’t know exactly what I will do precisely but I will do my best."

Most recently, Blair once again made headlines when she became an inspiration for her appearance on the red carpet at the Vanity Fair Oscars afterparty. Prior to the release of her profile with Vanity Fair, Blair also discussed for the first time her MS diagnosis in a prerecorded interview for Good Morning America that aired on Tuesday. While chatting with Robin Roberts, Blair admitted she "cried" when she was given an official diagnosis. For her it was somewhat of a "relief" in finally knowing, especially since Blair sought multiple doctors for treatment and an understanding of her symptoms. She told Roberts,

"I had tears. They weren’t tears of panic, they were tears of knowing that I now had to give in to a body that had loss of control and there was some relief in that."

All that said, the Another Life star is choosing to shine a positive light on her MS. Like she told Vanity Fair, "There’s no tragedy for me. I'm happy, and if I can help anyone be more comfortable in their skin, it’s more than I’ve ever done before."

Blair has already become a huge influence during her MS journey and there's no doubt she will continue to inspire many others along the way.