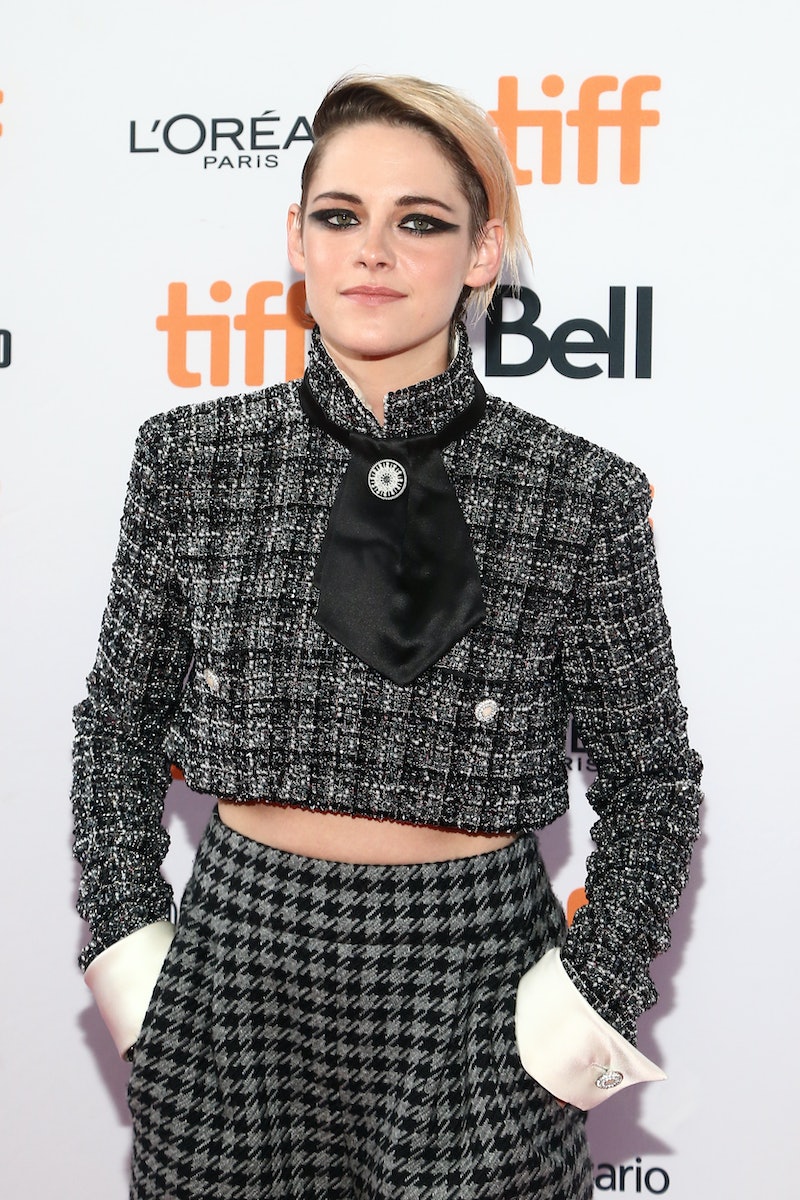 Much like their vampire counterparts, the Twilight cast is bonded for life. Kristen Stewart is supporting Robert Pattinson as Batman, and she shared her excitement that her former co-star would be taking on the iconic role. On Saturday, Stewart spoke about Pattinson suiting up as the fan favorite superhero during the Toronto Film Festival, according to Variety. The actor was at the festival promoting her upcoming film Seberg.

During the interview, Stewart told reporters that Pattinson was the ideal actor to play Bruce Wayne. Per Variety, she said: "I feel like he's the only guy that could play that part. I'm so happy for him. It's crazy. I'm very, very happy about that. I heard that and I was like, 'Oh man!' It's awesome."

Stewart went on to acknowledge that Pattinson's cheek bones made him a particularly good candidate for the billionaire-turned-superhero. In May, rumors that Pattinson was in talks with Warner Brothers for the role of Batman surfaced, according to Variety. Later that month, the Twilight star officially signed on to star in The Batman, the next installment in the DC franchise. Matt Reeves, who directed the Planet of the Apes sequels, will be at the helm of the project. Production for the film began over the summer, and it's scheduled to hit theaters on June 25, 2021.

Pattinson will have big shoes to fill as the latest high-profile star to take on Batman. The most recent DC Universe films to feature the hero were Batman v. Superman and Justice League, both of which starred Ben Affleck. Before that, Christian Bale played the character throughout the mid-2000s, starring in Batman Begins in 2005, The Dark Knight in 2008, and 2012's The Dark Knight Rises. The legacy of Batman will certainly make the role more intimidating, but it seems Pattinson has plenty of support from his former Twilight co-star.

Even though Stewart supported her longtime friend's success, she recently spoke out about how her identity may have prevented her from securing her own role in a major superhero franchises. In a September interview with Harper's Bazaar, Stewart said she would never hide her sexuality due to industry pressure. "I have fully been told, 'If you just like do yourself a favor, and don’t go out holding your girlfriend's hand in public, you might get a Marvel movie," she said. "I don't want to work with people like that."

Later, Stewart clarified that it wasn't Marvel studios specifically that turned her away, but rather the industry conglomerates, as per Variety. "That's been a conversation that’s always existed," she said. "I've always radically rejected it." Even though she has yet to be offered a superhero role, Stewart said she would be open to joining Pattinson in The Batman. "I’m down," she said. "I’m definitely not turning that down."

Following their Twilight success, Stewart and Pattinson have both gone on to have interesting careers. Back in 2018, Pattinson starred in Claire Denis' High Life. In July of 2020, he is set to appear in Christopher Nolan's Tenet, and will also appear in The King in November. Stewart, in addition to her Seberg role, is set to appear in Elizabeth Banks' highly anticipated Charlie's Angels. No matter where their careers take them next, it's clear that these former Twilight stars still have each other's backs.

More like this
Taylor Swift Wanted To Be In 'Twilight: New Moon,' According To Its Director
By Grace Wehniainen
Jennifer Coolidge Just Said The Most Controversial Thing About Legally Blonde’s “Bend & Snap”
By Maxine Harrison
Before 'Bullet Train,' Revisit These Brad Pitt 'Fight Club' Premiere Photos From 1999
By Grace Wehniainen
Jonah Hill Explains How His Anxiety Attacks Will Change The Rest Of His Career
By Grace Wehniainen
Get Even More From Bustle — Sign Up For The Newsletter