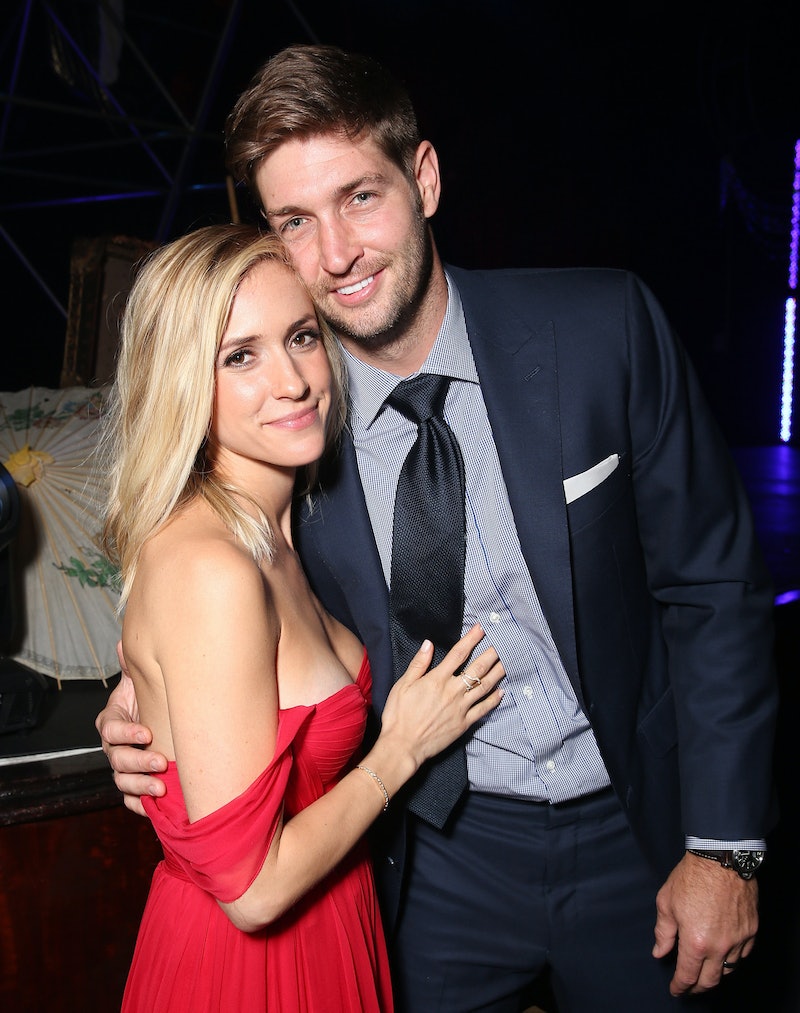 One reality television couple are going their separate ways. Kristin Cavallari and Jay Cutler announced their divorce after 10 years together, citing "growing apart" as the main cause of their split, according to E! News. On Sunday, Cavallari posted a photo with Cutler, revealing that the two had made the mutual decision to get a divorce. The pair wed in 2013 and have three kids, Camden, Jaxon, and Saylor.

"With great sadness, after 10 years together we have come to a loving conclusion to get a divorce," Cavallari wrote on Instagram. "We have nothing but love and respect for one another and are deeply grateful for the years shared, memories made, and the children we are so proud of." The reality star added it was simply a situation of "two people growing apart," and that the two were asking fans to "respect our privacy as we navigate this difficult time." On Instagram, Cutler shared a black and white picture posing with Cavallari, along with the same message.

Fans of the couple are likely to be surprised by the split, as the two have documented their relationship journey for years on their show, Very Cavallari. On a recent episode, Cavallari spoke about marriage having, "ups and downs", but thanked Cutler for being so supportive after a difficult year, according to People. "It's nice that I have you as my constant. You're my common denominator."

During the season, Cavallari had a fall-out with best friend Kelly Henderson, who was rumored to be having an affair with Cutler. Cavallari remains adamant that she didn't believe the affair accusation was true, but rather was offended by "how Kelly went about it," as per E! News. Henderson reportedly didn't reach out to Cavallari to apologize, and continued to tag Cutler in posts on social media.

Yet, despite the drama on the last season, the reality TV couple's decision to part ways after nearly a decade together might shock viewers. On a Very Cavallari episode that aired recently, Cavallari and Cutler traveled to Italy, and the reality star was able to meet distant relatives. Cutler toasted his wife in front of her family during the episode, saying, "There's an ease about traveling with Kristin that's very comforting. And she surrounds herself with really good people. You guys all mean a lot in her life and you've meant a lot in my life as I've got to know you."

The pair also recently traveled to the Bahamas with their children, as well as friends Justin Anderson and his fiancé Austin Rhodes, according to People. Yet, despite what fans see on the couple's reality show or social media accounts, it seems they have been growing apart for some time, and it's unclear if the two will address the split on future episodes of their reality show.