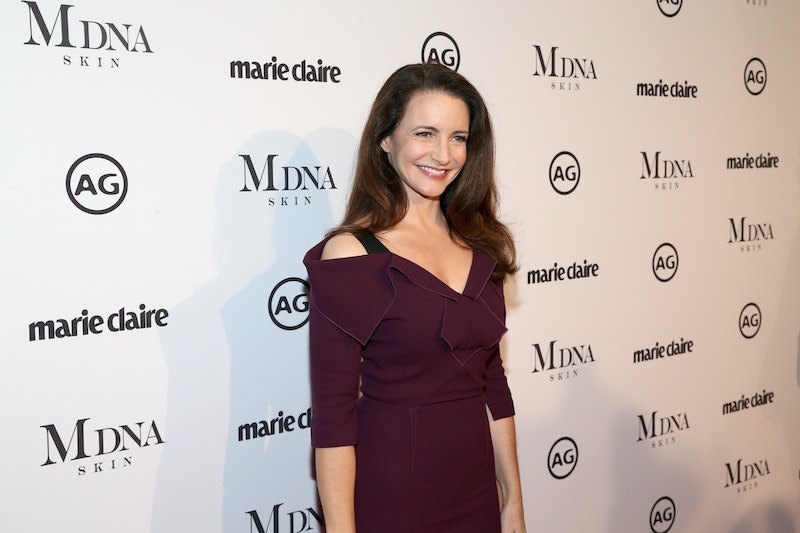 Even one of the stars of an iconic series like Sex and the City got a little apprehensive about joining another hit show. Kristin Davis guest starred on Friends for one episode in November 2000, and even though it may take even die-hard fans a minute to recall Davis' performance as Joey's (Matt LeBlanc) date Erin, the actor had a memorable experience working on the sitcom.

In honor of Friends celebrating its 25th anniversary, the Today show did a retrospective on the NBC comedy, interviewing several performers involved in the show. Davis, who played Erin in Season 7, episode seven of Friends, said she was initially nervous about co-starring on an episode.

"I remember losing sleep," Davis told Today. "Sex and the City was in production, but I was nervous to be the tiny character of Erin, losing sleep, partly because of the live audience, but partly because you'e in this world that has been created that is so alive and so specific and you're trying to make sure you're fitting yourself in there properly. And I remember, like, 'Will I set that joke up OK? Will Matt (LeBlanc) be happy? Will I just go blank?' Things go through your head when you're in those situations that are heightened like that. Obviously it was the highest of the high at that point."

Initially, it's hard to believe Charlotte York herself got stage fright over a one episode arc, especially considering Sex and the City was also a huge phenomenon at the time. But adding in a live audience and working with a tight-knit cast is enough pressure to make anyone pause.

Davis got to work with several cast members during her episode. Her character Erin has a brief fling with Joey, and she's optimistic about their relationship even though the struggling actor has no plans to continue dating her. Rachel (Jennifer Aniston), Joey's roommate at the time, and Phoebe (Lisa Kudrow) take a liking to Erin and end up befriending her, despite Joey's annoyance. In the end, Joey and Erin aren't meant to be, but Rachel and Phoebe are even more disappointed to lose a new friend.

Although Davis spent some time in the legendary Central Perk during her guest starring stint, it wasn't the first major NBC show she took part in. During her Today show interview, Davis also reflected on her guest-starring role on an episode of the first season of ER. Davis revealed that her and George Clooney actually slipped away from work to watch the Friends cast film the memorable poker episode of the series. (Both the medical drama and comedy shot near each other.)

"We sat up in the stands and watched them rehearse and it was so funny and amazing. And James Burrows was directing, whom I love so much, and to watch that show and then see that show on the air and to see that chemistry that the cast had come together," Davis explained. "They were so on it in terms of their voices and their characters and the beats, and they just knew what they were doing, and I remember being blown away by their confidence level and their synergy as a group."

Luckily, Davis conquered her nerves ensuring that her mini Friends and Sex and the City crossover is a fun footnote in TV history.