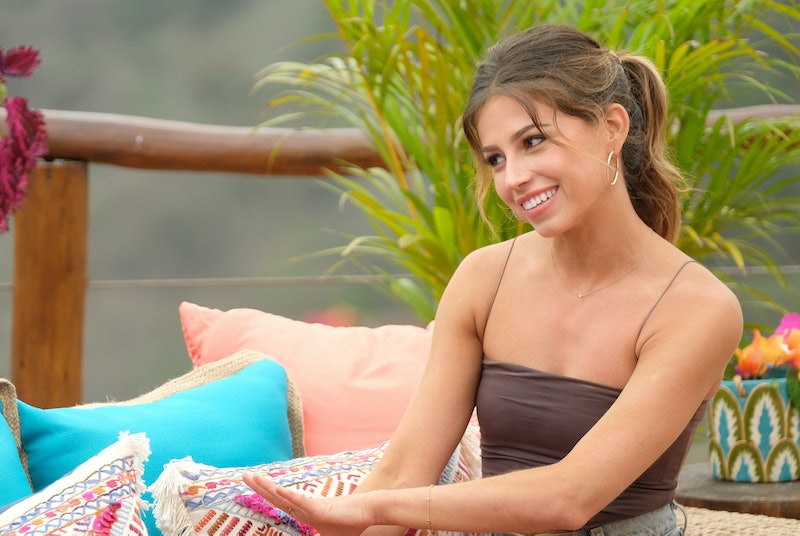 After placing fourth during Rachel Lindsay's Bachelorette season, Dean went to Paradise and began dating Kristina Schulman of Nick Viall's Bachelor season. The pair hit it off pretty early on, and when production was suspended for a couple of weeks, they spent time together away from the cameras, with Dean even visiting Kristina's home in Kentucky. But when filming resumed and they returned to Mexico, their relationship became rather rocky... especially when Danielle Lombard, who had competed for Nick's final rose alongside Kristina, arrived and shook things up.

Soon, the three found themselves in a love triangle, with Dean indecisively pursuing both women. Bachelor in Paradise is about dating around, but the way Dean handled things wasn't great. While he explored things with Danielle, he selfishly wouldn't let Kristina — who was fully committed to him — do the same with other men. That meant she spent a lot of time in Mexico crying over Dean. But after much contemplation and a few pep talks from bartender Wells Adams, Kristina stood up for herself, said she wanted to be in a relationship in which she is "put first," and left Bachelor in Paradise.

Due to the fact that he strung both women along, Dean didn't end up with Kristina or Danielle when Paradise ended. But just because the season was over didn't mean the drama was finished. In September, the three appeared on The Ellen DeGeneres Show to discuss their love triangle, and Kristina implied she'd be willing to give Dean another chance if he'd learned from his mistakes.

Afterward, Kristina and Dean did begin hanging out again, but it didn't last long. Just a few months later, Dean was back looking for love on another Bachelor franchise — The Bachelor Winter Games. Kristina confirmed to publications, including People, that her romantic relationship with Dean had already ended, and she didn't seem to have any residual feelings of resentment toward him. As for Dean, he dated Lesley Murphy of Sean Lowe's Bachelor season on Winter Games, but they broke up a few months later in April 2018. Now, two years after meeting in Mexico, he and Kristina are willing to give the franchise another try with BiP Season 6.

Based on their turbulent past and previews for the season, you shouldn't expect Dean and Kristina to try dating again on Bachelor in Paradise (especially since it's possible Dean and Caelynn get together). Nonetheless, it will be interesting to see what terms the two are on now and, given that they'll both be pursuing other connections, how they navigate their time together on the show.