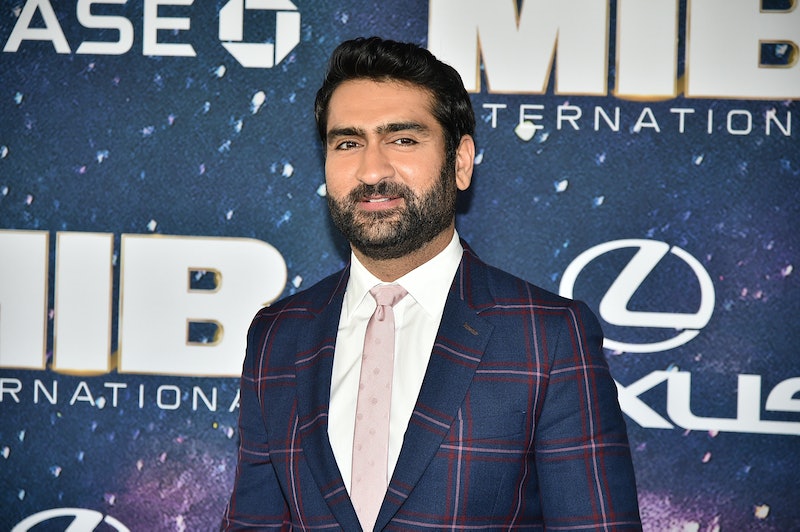 Men in Black: International introduces fans to the agency abroad, including the London branch, where Tessa Thompson's Agent M and Chris Hemsworth's Agent H team up to identify a weak spot within MiB itself. Even though the new film drastically departs from the original three movies with its new setting and characters, it still remains true to them in several ways, including creating some more strange and funny alien characters. The one almost guaranteed to be a fan fave is Pawny, played by Kumail Nanjiani, who says that voicing the little guy was a breeze.

In an interview with Collider, Nanjiani described his experience on set, saying, "This was so fun, I had no pressure on me, I'm just playing this CGI character, Chris and Tessa have to, you know step into the shoes of Will Smith and Tommy Lee Jones, that's a lot to live up to. I didn't have to do that, I just showed up, had fun, goofed around with them, went home. This was a blast."

Pawny is featured in the trailer for the movie, where he pledges his allegiance to his new "queen," a somewhat reluctant Agent M. From there, the formerly nameless pawn is an ally/mascot of the new pair, which means that the trio share a lot of scenes and added their own flavor to some of them.

"We did what was scripted and then we did improvise a lot, we always were trying to find stuff and Chris and Tessa loved that too," Nanjiani told Collider. "We were just always trying to see what we would come up with that felt in the moment." It seems like all of that on-the-spot creating worked out, because Pawny's interactions with the Men in Black agents stand out as some of the most fun in the new film.

Anyone who's familiar with Nanjiani, whether from his starring role in The Big Sick or his TV work on shows like Portlandia and Silicon Valley, knows that the comedian brings an element of sharp silliness to everything he does. In a Q&A on Twitter, Nanjiani explained that he didn't have to look far for inspiration in playing Pawny, because some of the character was already in his DNA.

On a video on the official Men in Black Twitter, Nanjiani said, "I basically sort of played a version of myself who's very very enthusiastic. I'm very enthusiastic but I get insecure about showing it too much, so this character Pawny is just basically me as a kid who's just always really excited, always ready for anything ... I just sort of pretended like I was a little kid." Those big eyes of Pawny's are even more adorable if you imagine that a young Nanjiani would have also pledged undying loyalty to the extremely cool Agent M.

Perhaps what makes Pawny fit in with the Men in Black so well is that Nanjiani got to perform on set with Hemsworth and Thompson. In another Twitter video, Nanjiani said, "The negatives of voice acting that you sort of are usually alone in a booth." But this trio actually had the opportunity to develop their chemistry and react to each other in person.

Pawny makes himself essential to the pair in the new movie, so hopefully Nanjiani's character will be back if we get a Men in Black: International 2.