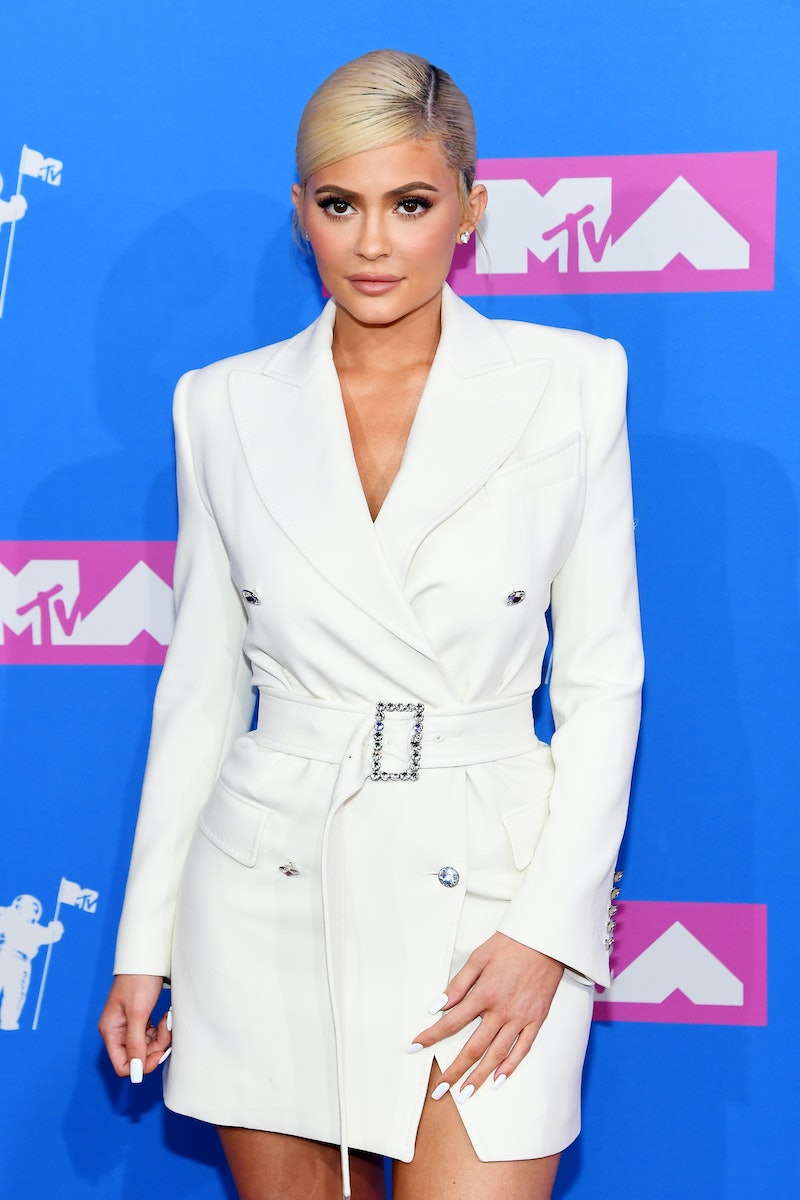 Kylie Jenner is not your average 21-year-old woman — not by a long shot. In fact, Jenner made Forbes' 2018 list of the wealthiest American celebrities, as revealed on Tuesday, Dec. 18. She didn't top the list (yet), but the Kylie Cosmetics founder landed at number five, thanks to her $900 million net worth, sharing the spot with Jay-Z.

The makeup mogul and rapper rank below George Lucas, Steven Spielberg, Oprah Winfrey, and Michael Jordan, so they're in great company. Rounding out the rest of the top 10 are David Copperfield, Diddy, Tiger Woods, and James Patterson. All of those people are such seasoned names in their respective industries. This is Jenner's first appearance on the list, and she's the youngest person in the rankings — making it all the more impressive. Who knows where she'll land next year.

As monumental as this feat may be, it really isn't too surprising. Kylie Cosmetics is a highly successful company, and Jenner has endorsement deals with Adidas and Fashion Nova among other social media partnerships. In short, she's absolutely killing it. Plus, this isn't the first time that she's been on Forbes' radar. Jenner is set to become the youngest self-made billionaire in American history, according to a July Forbes cover story about the Keeping Up With The Kardashians star. While there's been some debate over what exactly defines "self-made," it's still a major accomplishment.

In July, Jenner told Forbes, "Social media is an amazing platform." She explained, "I have such easy access to my fans and my customers." And they want what she's selling — literally. Kylie Cosmetics sells lip kits for $29 each. But that's not the only product the company has: There are concealers, eye shadows, blush, and other makeup in the range of products. The best part? She owns 100 percent of the company.

Kylie Cosmetics uses the platform Shopify Plus to power its online store. In that same July Forbes issue, Loren Padelford, who runs Shopify Plus, declared,

"No other influencer has ever gotten to the volume or had the rabid fans and consistency that Kylie has had for the last two and a half years."

And that explains why she made her debut at number five on the new list.

Even though she's put a lot into her empire, Jenner can't help being surprised by her own success and recognition. In July, Jenner shared her Forbes cover on Instagram. In the caption, she admitted,

"I can’t believe I’m posting my very own @forbes cover. Thank you for this article and the recognition. I’m so blessed to do what i love everyday. I couldn’t have dreamt this up!"

She's the youngest out of all the Kardashian/Jenner siblings, but she's leading the pack when it comes to her earnings. Thanks to KUWTK, viewers have practically seen her grow up before their eyes. Fans have transformed into customers and, in turn, she went from being one of many social media influencers to a major power player among celebrities in general.

Soon enough, everyone on the Forbes list may be worried about "keeping up with" Kylie Jenner... if they aren't already.