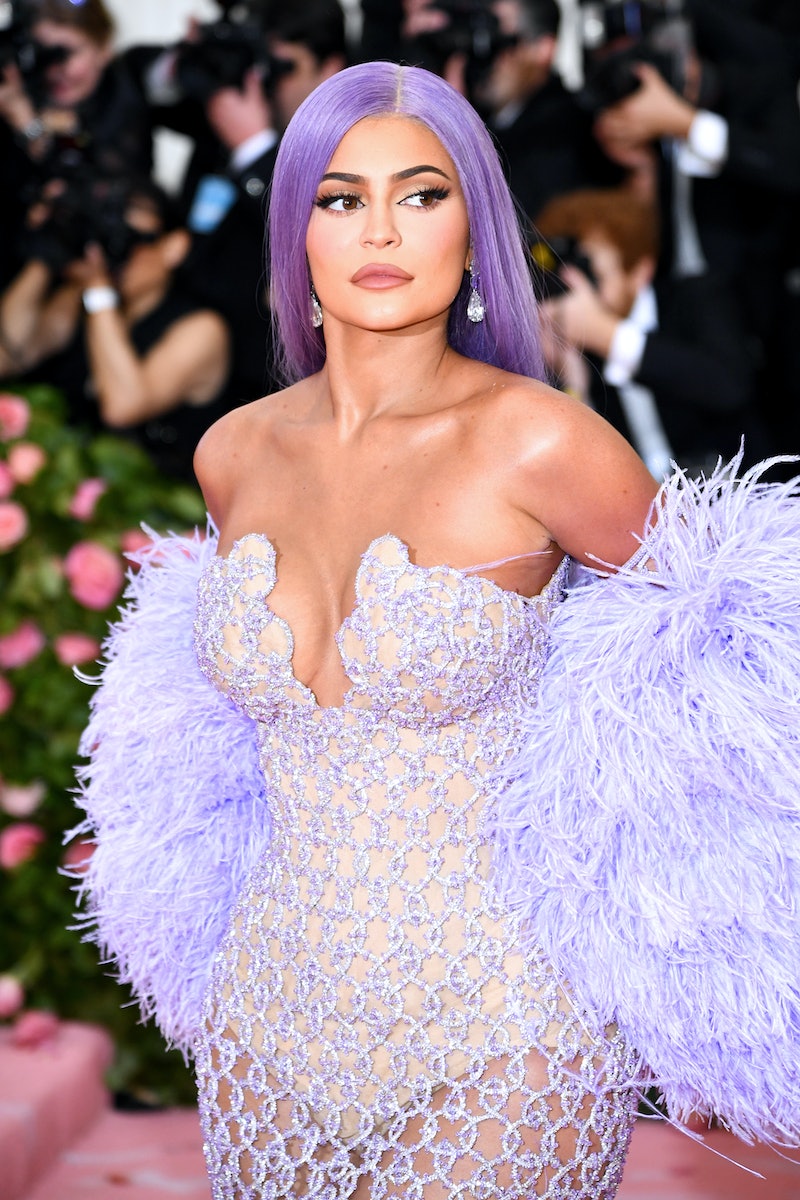 There's no forgetting that the one of the people most affected by the Jordyn Woods and Tristan Thompson cheating rumors was Khloé Kardashian. This was her family that got torn apart, and her close friend was involved in that. But there were more casualties in this situation, and Jordyn's best friend was one of them. The Keeping Up With The Kardashians finale showed how much Kylie Jenner was caught in the middle of Khloé and Jordyn.

For context, Jordyn and Kylie had been best friends since they were children, and Jordyn was living with Kylie when the alleged cheating occurred. (Bustle previously reached out to reps for Jordyn, Khloé, and Tristan for comment, but did not hear back. Jordyn later said on Red Table Talk that allegedly there was "never anything intimate" going on, but that they did kiss on the lips. Tristan initially tweeted, "FAKE NEWS" when the cheating allegation came out, but he later deleted the tweet and has publicly spoken about it since.)

On the KUWTK finale episode, Kylie was candid about how the situation was challenging for her. "I'm in a very weird position because I care so much about my family," Kylie said. "I also care about Jordyn." Kylie revealed that Jordyn had since moved out of her house, but that Kylie never even asked her to — she just chose to leave and go to her mom's. Kylie also clarified one other thing: She didn't intentionally put her Jordyn-themed lip kit on sale after the allegations.

That was a scandal in itself back in February when fans noticed that the lip kit named "Jordy" after Jordyn was retailing for 50 percent off in Kylie's store. Kylie explained to her mom in the finale episode that she had long-ago approved the discounted pricing for her lip kits with white packaging — because she was switching everything over to black. When she saw the Jordy sale she actually thought it was photoshopped at first because she didn't realize/remember that it was one of the approved sale items.

Kylie was actually super aware of not intentionally or unintentionally "bullying" Jordyn through this situation. In fact, after Kim had posted videos of her, Kourtney, Khloé, and Malika singing along to a song about cheating, Kylie called her to ask her to stop. "I just feel like we're bigger than this, we're better than this," Kylie said. "We just don’t need to bully somebody is all I’m saying." Kylie also said through tears that Jordyn seemed very upset about the whole situation. It was clear that Kylie was hurting seeing her friend hurt — even though she was also upset for her sister.

Through it all, though, Kylie stuck by Khloé and didn't defend Jordyn. "All my concerns are for Khloé," Kylie said during a family meeting on the topics. She also told her mom that her thoughts went immediately to Khloé when she heard the allegations — she wasn't thinking about Jordyn or herself in that moment. "I'm obviously not supportive of [what happened]," Kylie said, adding "I don’t know how we're going to mend our relationship."

That seems to be where Kylie stands today. Jordyn had officially moved out of Kylie's house as of May, and they don't seem to have attempted to reconcile. However, according to E! News they did both attend the same party in early June, and they were reportedly cordial with one another. An anonymous source told the outlet, "Kylie didn't avoid Jordyn at all and was very cordial. She said hello very briefly and they both smiled at each other." They also both still follow each other on Instagram, so perhaps things will change in the future.

For now, Kylie is still probably just focused on her own family and supporting Khloé through this life change. Who can say what the future holds, but at least fans now have a better understanding of how this whole situation affected everyone — especially Khloé and Kylie.