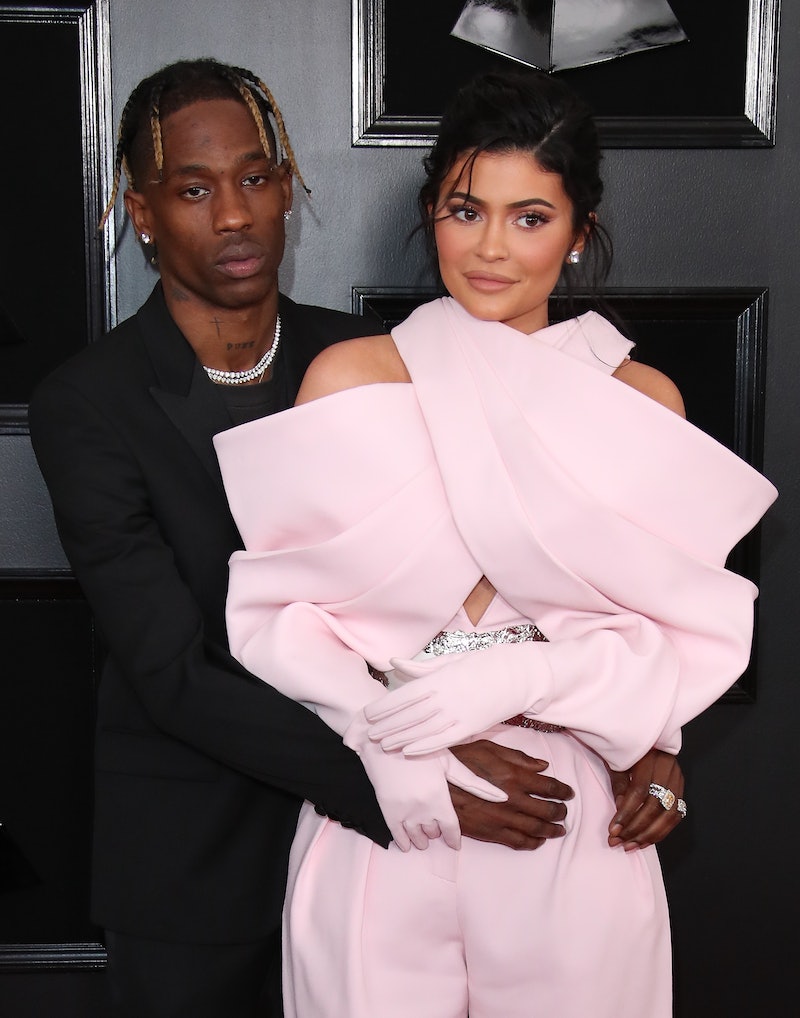 Even though she's part of a very public family, Kylie Jenner is actually a pretty private person in comparison. This is especially true when it comes to her romance with Travis Scott. However, she went all out for the rapper's birthday. In fact, Kylie Jenner's birthday post for Travis Scott included hints about the couple's future plans.

On April 30, the makeup mogul shared photos of the couple and their daughter Stormi Webster in her birthday Instagram. With the pictures, she wrote,

"watching you evolve into the partner, friend, son, and father you are today has been so fulfilling. my real life bestie & hubby all wrapped into one. i love you and I’m so so proud of you. happy happy birthday. let’s f*ck around and have another baby."

That whole message was full of love, but, clearly, the standout portion of that caption is "let's f*ck around and have another baby." Of course, it's unclear if she wants this to happen in the near future or if she just wants Stormi to have a little sibling at some point down the road. However, it does seem like the famous baby is not meant to be an only child forever.

Even though the birthday wishes concluded with some tentative plans to expand the family, they are clearly over the moon as a family of three. Scott shared photos of his birthday celebrations. The first one included some balloons, but the second was all about their daughter. Scott received a bunch of gifts wrapped up in paper emblazoned with pictures of Stormi.

That wrapping paper is debatably better than the presents themselves. Well, then again, Jenner probably bought those, so they are likely some pretty great gifts. And those wrapped presents aren't the only thing Jenner purchased for the "Sicko Mode" rapper's birthday. On April 27, Page Six reported that Jenner bought a billboard celebrating Scott's birthday in Los Angeles.

The billboard included a black-and-white photo of Jenner and Stormi, along with another solo photo of their baby. The giant sign read, "Happy birthday Daddy. Love, Mommy and Stormi XO."

There's more though. That same Page Six article also reported that the family celebrated his birthday with an Avengers: End Game-themed party. Jenner's older sister Kim Kardashian shared a photo of a cake from the bash which featured superhero versions of Jenner, Scott, and Stormi. It also said, "Happy Birthday Husband!" Once again, this ramped up the rumors that they may be secretly married.

Jenner used that phrase in another element of the party decorations. Khloé Kardashian shared a photo of the balloons that read, "Happy Birthday Husband." (However, these two have been calling each other "husband" and "wife" for awhile now, so it may just be a term of endearment.)

And the theme didn't stop at the decor. Jenner, Scott, and their daughter all dressed up in superhero costumes in honor of the movie.

From the sweet Instagram posts, to the billboard, to the superhero party, she really went all out for her man. There's really only one downside to everything Jenner did for Scott's birthday: It's going to be difficult to top next year. Well, unless they end up adding another baby to the family.