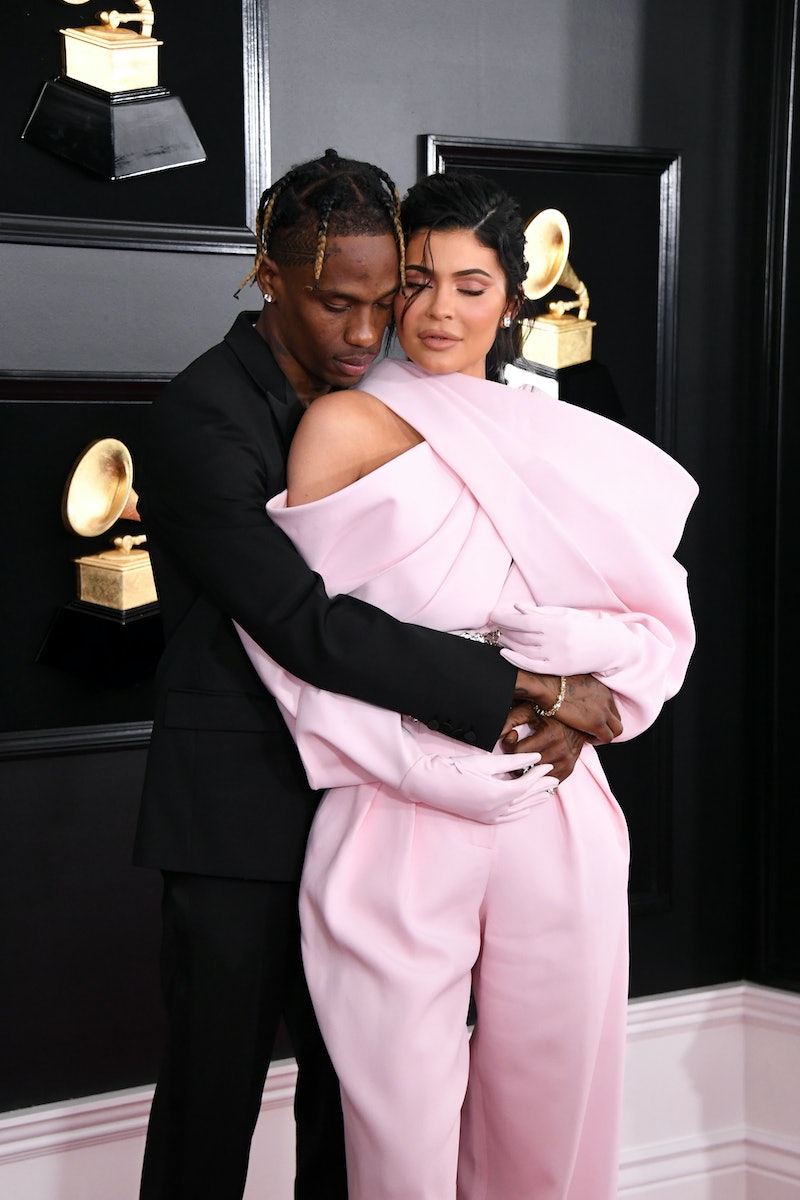 Pics or it didn't happen, right? Even though Kylie Jenner and Travis Scott are normally a pretty private couple, they have shared lots of awesome pictures from their European vacation. The trip started out celebrating Kylie's birthday in Italy, but it's still going strong. Kylie shared photos from her birthday trip to France, which includes a video by her friend Yris Palmer shared of Kylie and Travis dancing in France. Usually, the two of them enjoy their precious moments on their own instead of sharing with the world, but it is just really sweet to see them smiling and being affectionate.

In the caption, Yris wrote "get it parents" with a party hat emoji. Their daughter Stormi is on the trip and she has been present for most of the activities, but it's nice that the two of them got a special moment to themselves, especially with so many people on the vacation.

The birthday celebrations started in Italy about a week ago with a pretty big crew. Kylie's mom Kris Jenner and her longtime boyfriend Corey Gamble have been a part of the trip. Scott Disick and girlfriend Sofia Richie, who is also one of Kylie's close friends, are with the group as well. And, of course, Travis and Kylie's daughter Stormi is a jet setter herself.

Kylie and her crew celebrated her 22nd birthday on Aug. 10 on a mega yacht in Italy with her family and friends. Now, they are living it up in the South of France and thanks to social media fans can continue "keeping up with" Kylie and Travis.

Aside from some one on one time, the couple took little Stormi to a park to enjoy some time outside and on a trampoline.

Kylie also shared some photos from the mega yacht, which included many standout looks. She wore a neon green one-piece bathing suit in France.

Aside from the first solo pic, Kylie shared some family photos with Stormi and Travis.

They also took turns jumping off the boat into the ocean. Corey even pointed out that they took the leap from 71 feet in an Instagram comment.

Kylie and Stormi used the vacation as an opportunity to twin in coordinating outfits. Kylie sweetly captioned one photo describing her daughter as "the sweetest love [she's] ever known." Aaawww.

The first stop on Kylie's birthday trip was Italy. She shared several photos wearing a pink print bathing suit and included an Italian flag emoji in the caption.

Even though Stormi is still a little baby, she has really been living the high life during this European trek, going out to eat with her mom and even securing Kylie's designer sunglasses for herself.

The family of three also spent time doing tourist things, walking around Positano, Italy and checking out the sites.

There's no doubt that Kylie, Travis, and their group are living large with their week plus long vacation in Europe, but when it comes down to it they are just like any other couple, taking a moment for themselves — while also spending time together as a family with Stormi.