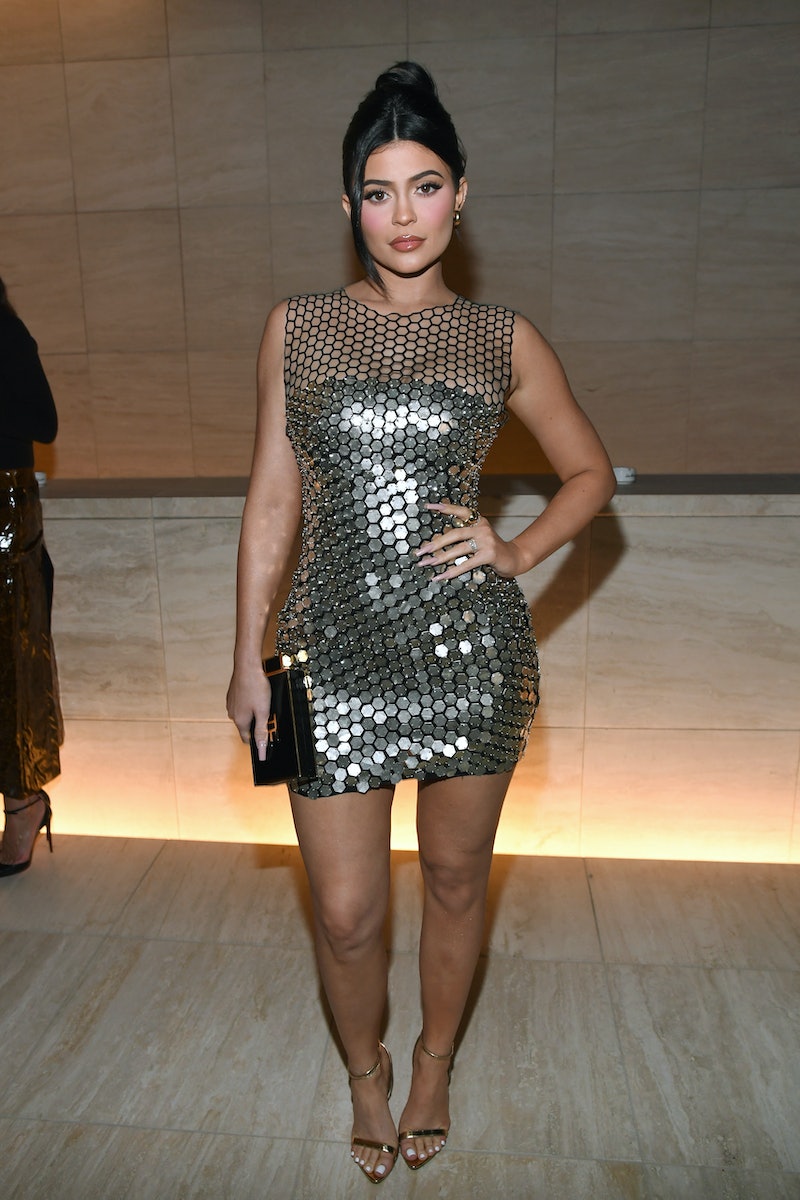 Kylie Jenner is throwing it back to 2016. The beauty mogul has been wearing her locks in its naturally dark brunette hue lately, but it seems like she's ending that streak. Kylie Jenner's pink hair is back, and it's giving us old Kylie vibes.

In several Instagram stories, you can see Jenner and friend Anastasia Karanikolaou in a car, on their way to her former assistant Victoria Villarroel's birthday party. For the occasion, Jenner decided to debut pink hair. In the videos, Jenner looked into the camera with her new 'do and added the caption, "She's pink." The look is the first time that Jenner has had the rosy color since Chris Appleton used Lime Crime Unicorn Hair on her tresses back in 2018.

But Jenner didn't take the plunge into dye again. The new pink look is a wig. In a follow-up story, Jenner tagged longtime makeup artist Ariel Tejada and wig master Tokyo Stylez writing, "The goats slayed today." Stylez has worked on nearly all of Jenner's wigs, and this new pink look is no exception.

Jenner has made major color changes recently. During Valentine's Day, she posted an image of her shortest haircut ever, and it turned out that the cut was prep for a brand new, bronde hair color.

According to colorist Cossandra Kaeding, the bronde hue is real. In comments on her Instagram account, Kaeding revealed that she was the master behind Jenner's natural hair, and it was not a wig. While she did color and add extensions, the Kylie Cosmetics owner's hair is now officially bronde.

While Jenner's pink hair may be temporary, her recent changes may suggest that her old school ways of switching up her hair on the regular may be back.