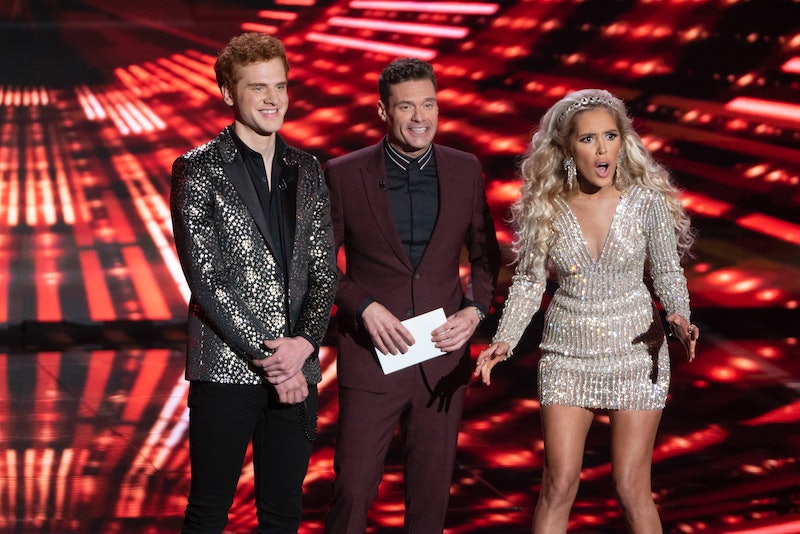 It's been a wild journey for Laci Kaye Booth on American Idol. Her talent was obvious from the beginning, but she wasn't always placed as a frontrunner against some of her more pronounced competitors. That's why fans of the show — and Booth herself — were shocked when the judges chose to save her from elimination on May 5.

Other fans were even upset by her redemption because of who it did send home: Jeremiah Lloyd Harmon. Harmon was a fan and judge favorite from the moment he played his original song, "Almost Heaven," in his audition. Even Booth said he was winning material, but the judges ultimately chose to let him go.

Booth, who performed covers of Janis Joplin's "To Love Somebody" and Journey's "Open Arms," took to Instagram to express her gratitude for a second chance. "I never tried out for this show because i thought i was the best singer," she wrote. "i tried out because making music is what i love & what i want to do for the rest of my life ... starting off the show i barely had any belief in myself- i constantly doubted myself, but with each step in this competition i have gained more and more confidence and now i couldn't be more sure of myself. it's the best feeling in the world to have y'all believing in me."

Booth's most striking feature as a performer has to be the rich, smoky tone of her voice, which makes her sound a lot older than the 23-year-old college student she is. She's from Livingston, Texas, per her bio, and attends Sam Houston State University.

Her biggest critiques from the judges have been in regard to her stage presence, which can be a bit subdued. The Idol stage threatens to swallow her up at times, but Booth hasn't let it happen just yet. If she becomes as comfortable on stage as she is in the covers she uploads to Instagram, like this one of Kacey Musgrave's "Space Cowboy," she could end up being the dark horse of the season. Clearly, the judges have faith in her, but in order to win the competition, she has to take their advice and loosen up a bit — it's as simple as that. If she pretends she's recording a video for Instagram in her bedroom or singing for her family, her authentic self could really shine through. The judges made a bold move by saving Booth, and now's the time for her to prove they made the right decision.