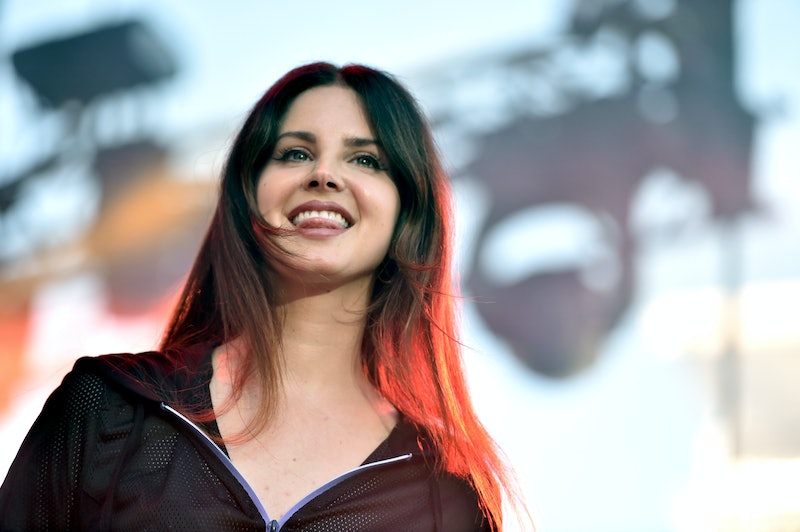 During an administration as divisive as President Donald Trump's, celebrities have stepped into the political foray more than ever before. Some stars have not held back their political thoughts and actions in the face of the Republican-controlled government, speaking out at events and in the news. But one singer took a unique approach to political action this year — as she confirmed in a new interview, singer Lana del Rey tried to hex Trump.

In February, del Rey reportedly joined the efforts of witches to bind Trump. Michael Hughes, the group's organizer, told BuzzFeed that the objective of the group's "binding spell ... [was] to use your personal energy to restrain Trump's power without causing harm." Del Rey tweeted four dates that corresponded to the waning crescent moon ritual dates, which, according to Rolling Stone, symbolize weakening. The hexes were scheduled for those four dates.

On Feb. 24, March 26, April 24, and May 23 at midnight, participants worldwide were instructed to burn an unflattering photo of the president on a stumpy orange candle while announcing, "You're fired!" according to BuzzFeed. A white candle or a baby carrot could be used in place of the orange candle. They were also encouraged to use the Tower tarot card (referring to Trump's real estate business and Trump Tower in New York), and could include a spell like the following:

Bind him so that he shall not break our polity

Or fill our minds with hate, confusion, fear, or despair

All those who enable his wickedness

And those whose mouths speak his poisonous lies

When British music magazine NME sat down with the singer to discuss her latest album, Lust For Life, the writer asked if del Rey had actually cast a spell herself.

"Yeah, I did. Why not? Look, I do a lot of s***," del Rey responded, and went on to further explain her relationship with spell-casting.

I'm in line with Yoko [Ono] and John [Lennon] and the belief that there's a power to the vibration of a thought. Your thoughts are very powerful things and they become words, and words become actions, and actions lead to physical changes.

Hughes told BuzzFeed that the hex would be done on the waning crescent moon until Trump was out of office; thus far, the spells have not gathered the results intended.