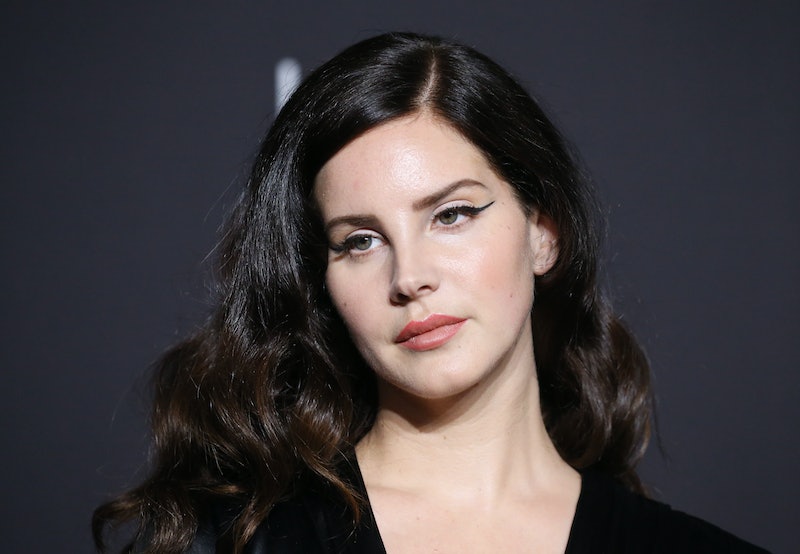 Lana Del Rey is officially done talking about her "'controversial post' that's not controversial at all" about the way women in the music industry are treated. After her comments about some of her fellow female musicians earned her criticism, on Friday, May 22, Lana Del Rey shared her "final notes" on the response to her Instagram posts calling out the way she feels she's been treated by critics over the years.

Most notably, the singer continued to defend herself against accusations of racism after she named several female musicians of color — including Beyoncé, Doja Cat, Kehlani, and Nicki Minaj — and described them as making music "about being sexy, wearing no clothes, f*cking, cheating, etc." After Del Rey was critiqued for naming mostly women of color in her post, the singer defended herself in a series of comments on Instagram. "This is sad to make it about a WOC issue when I’m talking about my favorite singers," she wrote. "And this is the problem with society today, not everything is about whatever you want it to be."

She echoed those sentiments with her "final" post the following day, where Del Rey explained that her intention was to address the negative reaction her music has received from other women. "I remain firm in my clarity and stance in that what I was writing about was the importance of self advocacy for the more delicate and often dismissed, softer female personality," she wrote, adding that "there does have to be room" for that kind of woman in feminist spaces.

Del Rey also doubled down on her previous comments that people who made it "a race issue" were missing the point, and that they were just trying to start "drama" rather than focusing on what she was really saying. She also implied that the musicians named in her first post approved of her comments, naming Ariana Grande and Doja Cat as artists who reacted in a "complementary way" to what she wrote.

"I’m sorry that the folks who I can only assume are super trump/pence supporters or hyper liberals or flip-flopping headline grabbing critics can’t read and want to make it a race war," Del Rey wrote. "In fact the issue was with *female critics and *female alternative artists who are dissociated from their own fragility and sexuality and berate more sexually liberated artists like myself and the women I mentioned."

She continued by accusing the people who criticized her post of treating her in the same way that the "female critics" she was calling out have treated her over the years. "You don’t want to believe that a woman could be beautiful, strong, and fragile at the same time, loving and all inclusive by making personal reparations simply for the joy of doing it," Del Rey wrote.

"My aim and my message are clear," Del Rey wrote to end her post. "That I have control of my own story. If the women I mention don’t wanna be associated with me that’s absolutely fine by me." Despite the fact that the singer named this as her "final" thoughts on the whole situation, it won't be the last time that Del Rey ever speaks about it; in her post, the singer revealed that in March 2021 she will release a book addressing similar ideas about feminism. "The title of the second book [is] called behind the iron gates — insights from an institution," Del Rey revealed.

More like this
Amanda Gorman Shared A Powerful Message On Meghan Markle’s Penultimate Podcast
By Darshita Goyal
The 'Love, Lizzo' Harry Styles Scene Is Just 1 Moment That Made Fans Feel Seen
By Brad Witter
Adele Freaks Out After A Fan Used A Filter On Their Selfie At Her Show
By Radhika Menon
Billie Eilish Has An Exciting Relationship Update About Her Boyfriend
By Grace Wehniainen
Get Even More From Bustle — Sign Up For The Newsletter