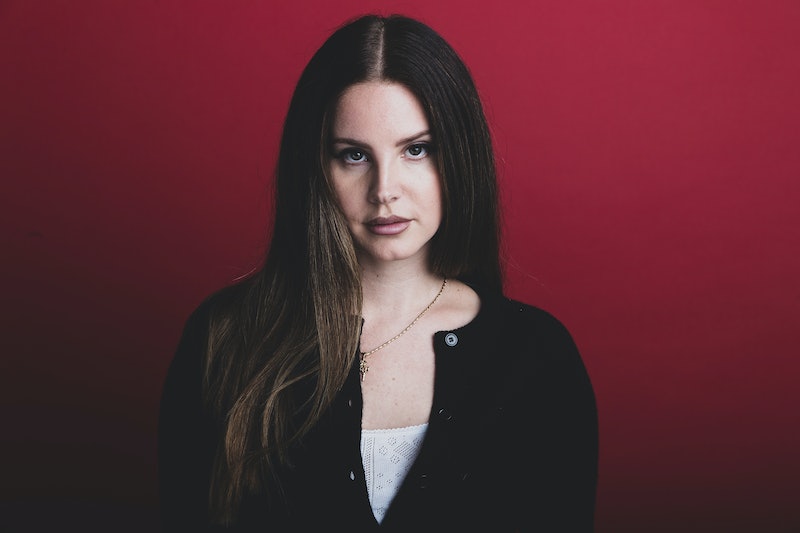 If you were to just listen to Lana Del Rey's music, you'd think she was unlucky in love. The singer is known for her brooding, melancholy songs about tragic and doomed relationships. But the person doesn't always match the persona. Because Del Rey is fully dating someone in 2020.

The artist — who is nominated for two Grammys this year: Best Album and Best Song, both for Norman F*cking Rockwell — is in a relationship with a police officer and social media influencer by the name of Sean "Sticks" Larkin. Larkin is the father of a teenage son and a 22-year-old daughter, and is an avid cross-fitter. He also dabbles in reality television, appearing as an analyst on A&E's Live PD and the host of A&E's PD Cam.

Del Rey and Larkin were first spotted together in New York City in September 2019 by paparazzi, and the rumor mills went into overdrive. In October, Del Rey addressed their relationship in an interview with the Los Angeles Times. "He gets it. He sees both sides of things," she said of her beau. By December, Larkin became a staple on Del Rey's Instagram feed. With the first official display of social media coupledom coming via Instagram, when Del Rey posted a photo of the two cuddling backstage at what appears to be one of her concerts.

And if Instagram is any indication, the two seem to still be going strong. Just this month, Del Rey posted a picture of her and Larkin — sans caption — and he shared a selfie of the two snuggling in a hat and a beanie later on in the month.

Whether or not Larkin will join Del Rey at the Grammys remains to be seen, but the couple seem to still be happily together after over a year.

More like this
Bachelor Nation's Blake Horstmann Is Dating 'Love Is Blind' Star Giannina Gibelli
By Jake Viswanath and Radhika Menon
Evan Rachel Wood Has Stayed “Good Friends” With Ex Katherine Moennig
By El Hunt
Selena Gomez Is Fine Being Single, But She Still Manifested Romance On 'SNL'
By Martha Sorren, Jake Viswanath and Jack Irvin
Who Is 'Umbrella Academy' Star Elliot Page Dating After His Divorce?
By Jake Viswanath
Get Even More From Bustle — Sign Up For The Newsletter