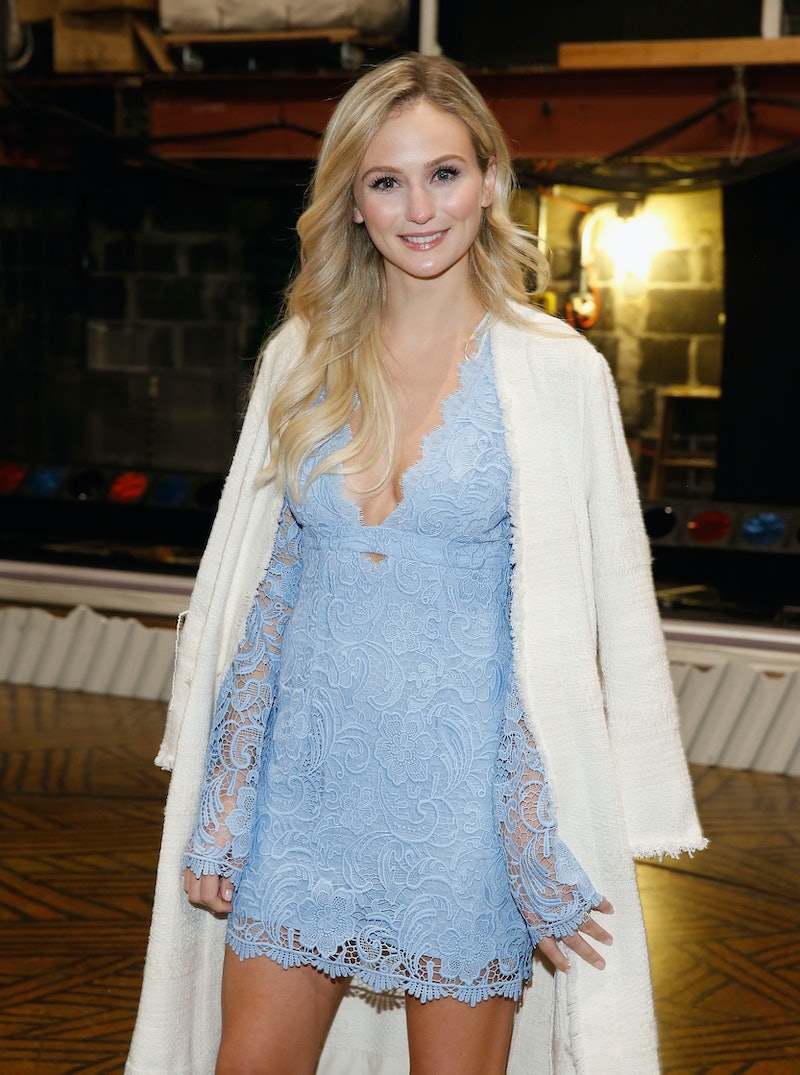 Are they together, or aren't they? Members of Bachelor Nation have been hearing rumors about Lauren Bushnell having a new boyfriend for a month or so now. Earlier this week, she was spotted on vacation with Devin Antin, only further fueling the rumors. Though the reality star had never confirmed the news herself, speculation continued. Then, on Friday, Bushnell and Antin finally made their relationship Instagram official. According to People, Us Weekly, and more, the Bachelor winner shared a photo of Antin along with a two-word caption: "OK CUTIE," with ample heart-eye emojis. Oh, and they're holding hands in the pic.

The snapshot appeared on Bushnell's Instagram Story, right after she reportedly shared an insightful quote. According to People, she posted,

"You can’t always wait for the perfect time. Sometimes, you have to dare to do it because life is too short to wonder what could have been."

Of course, people post quotes all the time, but the timing sure doesn't seem like a coincidence. It appears to tie in directly with the idea of moving on from one relationship and finding happiness with another. Bachelor fans may have been surprised when Bushnell and Ben Higgins split back in May, but their joint statement made the breakup sound amicable, and she deserves to be able to move on and form a new bond with someone else.

In July, E! News first reported that Bushnell was dating someone from her past. Apparently she and Antin have been together since June, but they had been friends for a while before that. The two have seemingly kept a low profile, despite occasional reports popping up, which is why her first Instagram of him seems like such a big deal. (Bustle previously reached out to Bushnell's rep about Antin, but did not receive an immediate response.)

Considering the Bachelor franchise is all about continually looking for love 'til you find the right person, no matter how many tries it takes, it's great to see Bushnell back out there. There's no point in sitting around, dwelling on the past. So, if she and Antin are happy together, that's really all fans should care about. And now, it seems like she's opening up and letting them follow along on their journey.