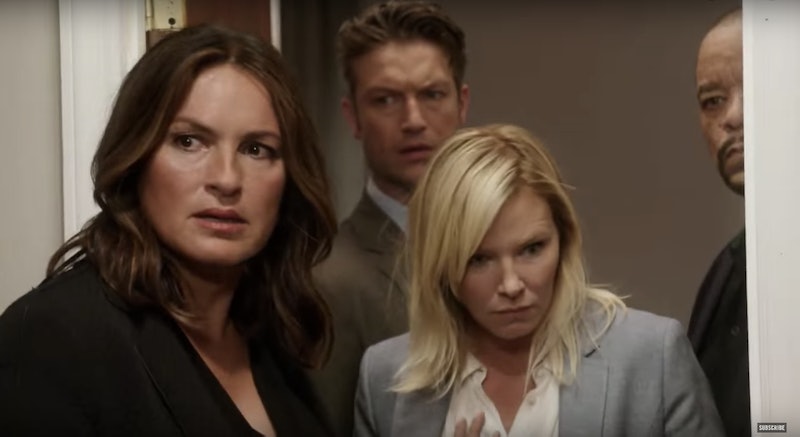 In the age where TV shows come and go like the wind, Law & Order: SVU is an O.G. and plans on staying that way. It's upfront season (when show cancellations and renewals are commonly announced), but loyal fans shouldn't fret. Dick Wolf's crazy-addictive series, currently in its 18th season, apparently isn't going anywhere. According to The Hollywood Reporter, official news is out that SVU has gotten a Season 19 renewal. The fan-favorite NBC series, starring Mariska Hargitay, is the longest-running primetime scripted show that's currently on the air, according to THR. This is simply how it's done.

Even after 18 seasons, fans are along for the ride, as the series continues to reinvent itself and keep viewers on the edge of their seats. Not to mention, inspiration from real-life events is often used for provocative and interesting storylines. Recently, the show tackled the realness of reality TV dating shows, "real fake news," and even faced controversy over an episode reportedly based on Donald Trump's sexual assault allegations (allegations which the president has repeatedly denied). The latter episode still will not have aired when Season 18 ends later this month.

It's unknown if cast members like Kelli Giddish, Ice-T, Peter Scanavin, and Raúl Esparza will return this time around, but it's promising that the show will continue to be a marathon-worthy one.

The show celebrated its 400th episode in February, and according to NBC chief Bob Greenblatt, SVU could even continue beyond Season 19. Another great day for SVU fans is officially in the books.