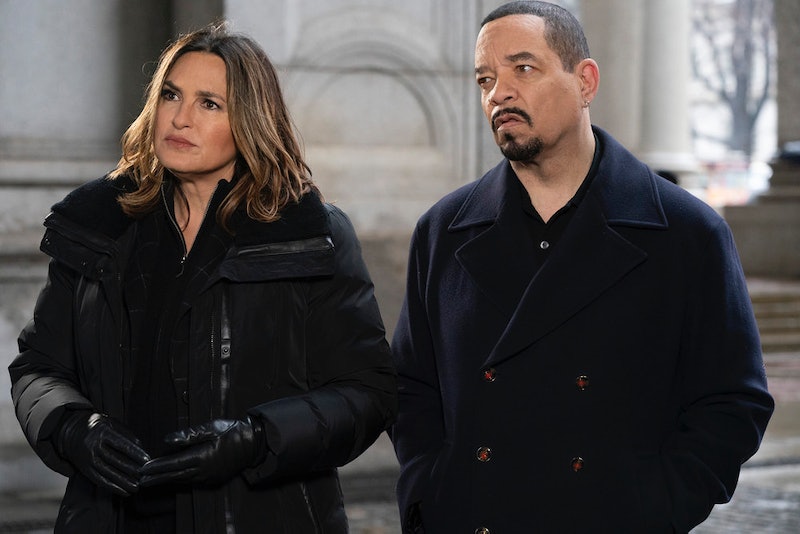 Adding to its list of ripped-from-the-headlines episodes, Law & Order: SVU will address George Floyd's death in Season 22. As showrunner Warren Leight explained on The Hollywood Reporter's TV's Top 5 podcast, Floyd's May 25 death "has to come up and it will." He elaborated: "There are ways, we will find our way in to tell the story. Presumably our cops will still be trying to do the right thing but it's going to be harder for them and they're going to understand why it's hard for them."

The Tony Award winner also revealed plans to diversify the writers' room for the NBC procedural in an "effort to bring in new voices, fresh voices, different voices." He further noted that SVU has "tried really hard in the last year to show how class and race affect the outcomes of justice in society," but he's "beginning to suspect 'really hard' wasn't enough."

Explaining that they "can't make every episode about a bad cop," Leight conceded that SVU's fictional NYPD officers, led by Captain Olivia Benson (Mariska Hargitay) bear plenty of differences from those dominating the real-life news cycle: "Olivia makes mistakes ... but she's empathic, which is I think what separates the cops on our television show from a lot of what we're seeing these days on our livestreams."

Off screen, Hargitay, Ice-T (Odafin "Fin" Tutuola), and Peter Scanavino (Dominick "Sonny" Carisi, Jr.) are among the SVU cast members who have been speaking out about Floyd's death and the larger issue of police brutality. "My heavy heart is filled with outrage and sorrow — and the fervent hope that this country finds its way towards the healing it so desperately needs," Hargitay posted on Instagram June 2 in support of the Black Lives Matter movement. "Abuse of power in all forms is vile, and those who perpetrate it must be brought to account. These are dark days in the moral arc of the universe, but I am committed to learning and doing all I can do help bed it toward justice."

In addition to police brutality, SVU will also tackle the subject of the coronavirus pandemic. "We're going to reflect New York in the pandemic," Leight added on THR's podcast. "What happens to someone who is sexually assaulted during the height of the coronavirus outbreak."

While it remains unclear exactly how SVU will interpret either issue, Leight seems dedicated to approaching them both from a socially conscious standpoint.

More like this
Netflix Shut Down 'Bridgerton' S3 Rumours About A “Very Dark” Storyline
By Bustle
This Is When Netflix Is Going To Start Charging You For Sharing Passwords
By Darshita Goyal
The 'Gossip Girl' Reboot Creator Is “Looking For A New Home” To Air A Potential Season 3
By Brad Witter
'The Crown' Season 6 Has Suspended Filming "Out Of Respect" For The Queen's Death
By Bustle Staff
Get Even More From Bustle — Sign Up For The Newsletter
From hair trends to relationship advice, our daily newsletter has everything you need to sound like a person who’s on TikTok, even if you aren’t.