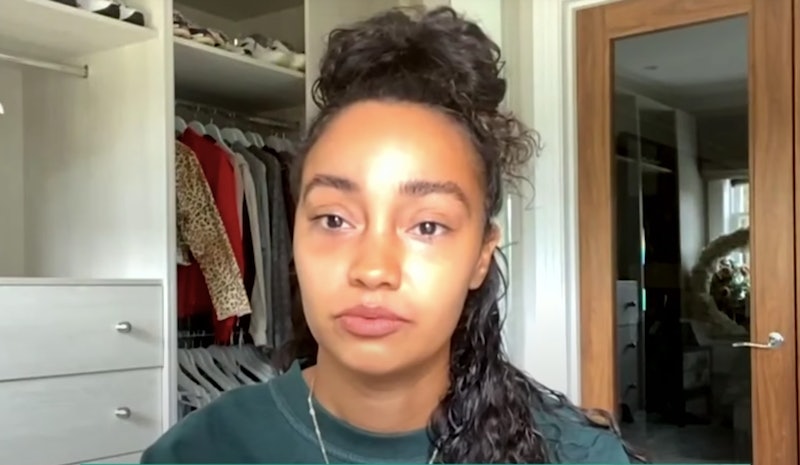 On 5 June, Little Mix star Leigh-Anne Pinnock shared a five-minute video on her Instagram explaining her experiences with and feelings towards racism in the UK and beyond. The video was met with messages of solidarity and praise and now she has appeared on This Morning to discuss more about the topic and what else can be done, including the need to change this moment into a movement.

Speaking about her thoughts on a recent Black Lives Matter protest she attended, the singer told This Morning hosts Philip Schofield and Holly Willoughby it was one of "the most beautiful experiences" she'd ever had in her life. When asked by Schofield if she thinks there is enough momentum in the movement for real change to be made now, Pinnock replied:

"As I said in my video, this cannot be a moment, it has to be a movement. I feel like people are angry, and I don’t feel like this is going to end any time soon; it can’t until there is change."

She added: "I feel hopeful, we just have to keep the conversation going."

The five minute clip Pinnock shared last week on her platform described her experiences in Little Mix as a woman of colour, and explained how she had tried to speak out last year, but felt like nobody had really listened. On This Morning, she said posting the video felt like "a weight lifted."

"I just thought, you know, what I feel like I need to kind of get rid of this pain that I’ve been carrying around for nine years, and also hopefully relate to people and, yeah, I just thought was the right time to post [the video]," she said. "Even when I watched that video back and I can just see how much pain that I’m carrying. But now I just feel like people are actually starting to understand, they’re starting to educate themselves and see that this problem is massive."

Pinnock was also joined by fellow singer Jamelia, who told Pinnock she was proud of her for speaking out, and assured the Little Mix member that she was not alone in her experiences.

The Superstar singer explained she had experienced racism "probably every day" of her life. "The experience for me is not new," she said, adding:

"For me it's [this time] an opportunity to have a conversation and uncomfortable conversations that implore, particularly white people, to acknowledge their privilege, but also to confront it and to confront the system that they benefit from."

You can watch the interview on This Morning's YouTube.

More like this
Here’s Where The NHS Nurses’ Strike Currently Stands
By Sophie McEvoy
Gen Z Are Twice As Likely To Identify As Queer, According To New Data
By Sam Ramsden
Twitter Has *A Lot* To Say About The "Single Penalty”
By Sam Ramsden
Watch Jacinda Arden’s Devastatingly Honest Resignation Speech
By Sam Ramsden
Get The Very Best Of Bustle/UK
Sign up for Bustle UK's twice-weekly newsletter, featuring the latest must-watch TV, moving personal stories, and expert advice on the hottest viral buys.