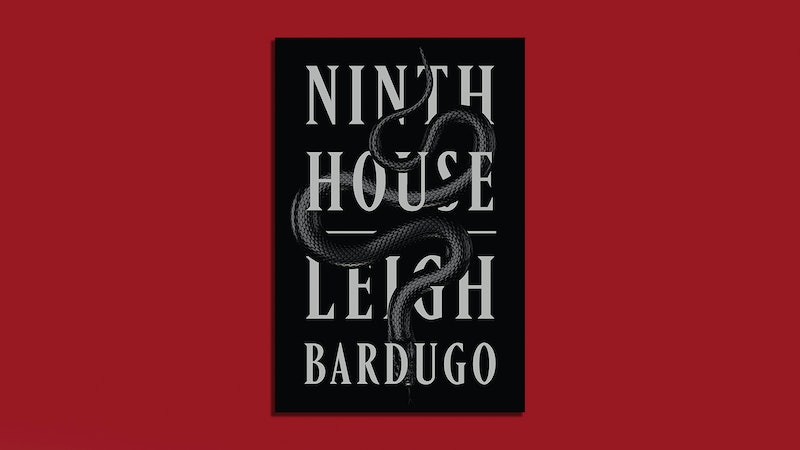 When I survived a rape on campus in 2012, my life began to revolve around a singular question: How do I survive? What does it mean to be a survivor? Who will I become now?

Inej Ghafa in Leigh Bardugo’s Six of Crows and Crooked Kingdom is the kind of sexual violence survivor I have always wanted to be: Kind, patient, compassionate, and strong. Her inner mantra — "Climb, Inej" — became a mantra for me, too.

Bardugo doesn't shy away from the impact trauma has on survivors in her Six of Crows series, which is partially why I was so drawn to the books. It was this willingness to excavate the darker aspects of life that drew me to her first adult novel, Ninth House. The book centers on Galaxy "Alex" Stern, a freshman at Yale University who doesn't fit the "typical" mold of an Ivy League student. She's a high school dropout who used drugs to help cope with her traumatic past and unusual ability to see Grays, or ghosts that walk the earth. She's at Yale under the terms of an unusual agreement: In exchange for admission and tuition, she serves as member of Lethe House, which monitors the activities of the university’s secret societies and keeps them from tampering with forbidden magic — or at least tempering too much.

Ninth House is not a book for everyone. It is a book about survivors doing the hard word of surviving.

Alex Stern is a survivor, just like Inej. She has survived the death of her best friend Hellie, a lifetime of seeing Grays, street violence, drug addiction, and childhood sexual abuse. But Alex is a more volatile, less forgiving survivor than Inej. Where Inej finds comfort in her faith, Alex rejects any potential comfort. She doesn’t let herself feel at home at Yale. She never forgets that her visions of Grays have traumatized and tormented her. The only times she allows herself to relax are the times she's with Darlington, the Yale senior and fellow member of Lethe who mentors her, and Professor Belbam, who offers Alex a safe haven and a job.

Ninth House is not a book for everyone. It is a book about survivors doing the hard word of surviving — and Alex isn't the only one. Spoilers ahead. In a harrowing moment to read, her friend, Mercy, is assaulted by college students abusing a powerful brand of magic. Like me, Mercy is a survivor of on-campus assault. Her assailant videotaped the assault and publicized it, something that felt all too familiar. My assailant bragged out the abuse to others as though it was a consensual sexual conquest.

When Alex discovers what happened to Mercy, she uses a forbidden magic of her own to erase the published videos and publicly embarrass Mercy’s assailant. It is a powerful and dark way to deal with the fury and shame that survivors all too often feel after sexual violence; I dreamt about all the worst ways I could make my assailant’s life miserable for months after it happened to me. But I didn’t have the dark magic of Ninth House’s Yale at my disposal. Instead, I rewatched episodes of Dexter and wrote fictional stories in my dorm room.

As much as I aspire to be a survivor like Inej, sometimes I am like Mercy. I struggle not to blame myself for what happened and I dig deep into feelings of shame. And sometimes I am Alex: Vicious, protective, cautious, and terrified that if I let myself think about what happened, everything I’ve worked for will come crashing down around me.

...when I married my wife, our officiant shared my favorite quote from Ninth House during the ceremony: Love is "two people casting the same spell."

Alex spends the book wielding her powers and potions to discover who killed a local New Haven girl, to help Mercy get justice, to find Darlington when he enters a portal and never returns. But she also uses her powers to deal with her own trauma. She uses her ability to see Grays to her advantage. She even reclaims her identity, choosing to use her given name, Galaxy, aloud in a particularly poignant scene. Two years after I was raped, I changed my first name to Alaina. In doing so, I reclaimed my ability to make choices about who I was and what it meant to be a survivor.

A few weeks ago, when I married my wife — a woman who stood beside me after I was assaulted on campus and who read all my bad stories of revenge — our officiant shared my favorite quote from Ninth House during the ceremony: Love is "two people casting the same spell." The magic in Ninth House is often used to inflict pain, but it doesn't have to be. Magic can be used for love, like the kind I share with my wife, and the kind I share with the friends who carried me through the early days in the aftermath of my assault. I also read my favorite Six of Crows quote in my vows, spoken by Inej to Kaz, also a survivor of trauma: "I will have you without armor." I am a survivor by circumstance, because I lived through something traumatic, but I am also a survivor by choice, because I will not let that experience take my power away. It is complicated, messy, and not always gentle, but I choose to survive. I choose to love.