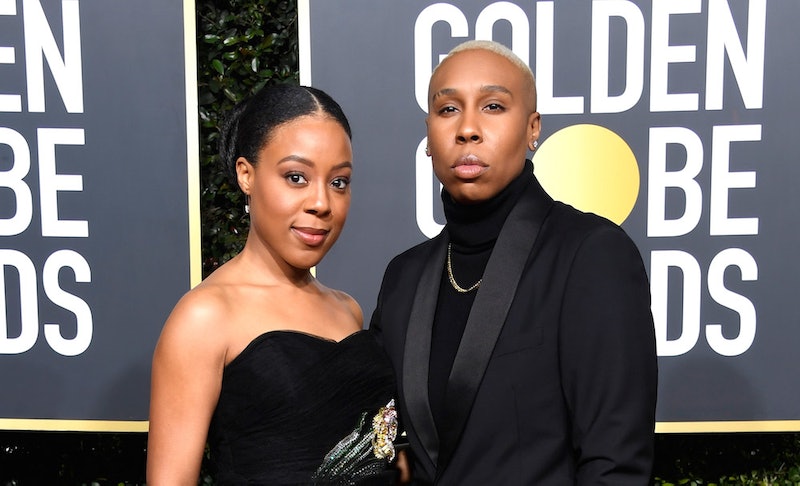 Screenwriter, producer, and Emmy-winning actor Lena Waithe married her longtime partner Alana Mayo in a secret ceremony at a historical LGBTQ location. The Queen & Slim writer confirmed the news to guest host John Legend in an episode of the Ellen DeGeneres Show on Nov. 15. Waithe told PEOPLE’s newly-crowned Sexiest Man Alive that she wanted to “join the club” of marriage. Waithe and Mayo, a production executive in the film industry, were first linked in 2014 and got engaged on Thanksgiving in November 2017, as per the Hollywood Reporter.

Waithe revealed that the two said “I do” in a spontaneous ceremony at San Francisco City Hall in front of a significant LGBTQ monument. “We snuck and did it. We didn’t make any announcements,” Waithe said. “We went to San Francisco. We went to the courthouse. Got married right in front of Harvey Milk's bust. It was her idea, as all good things are. She was just driving and she saw the courthouse and she said, 'We should get married there.' And I said, 'Cool, I'm down.'"

The location of Waithe and Mayo’s nuptials is rooted in significance for the community: Milk, a prominent LGBTQ activist and the first openly-gay public official in U.S. history, was assassinated at the San Francisco City Hall in 1978. In addition, the first legal same-sex marriage ceremonies were held there in 2004. The city unveiled a bust of Milk in 2008 to pay tribute to the activist.

Waithe’s low-key nuptials shouldn’t come as a surprise to fans. In an interview with PEOPLE in March 2018, Waithe let it be known that she and Mayo were “anti-stress” wedding planners. “It’s going to be super small, crazy small,” Waithe said at the time. “We’re trying to make it not a stressful situation. That’s our goal.”

A few months later, the Master of None actor opened up to chef David Chang about how Mayo keeps her “grounded” amid the hoopla of Hollywood and success. “When I get home from winning an Emmy, she’s like, ‘Don’t forget to take out the recycling,’” she said in Chang’s podcast in July 2018. “It’s those things that I think are really helpful. She’s so laid back about it all.”