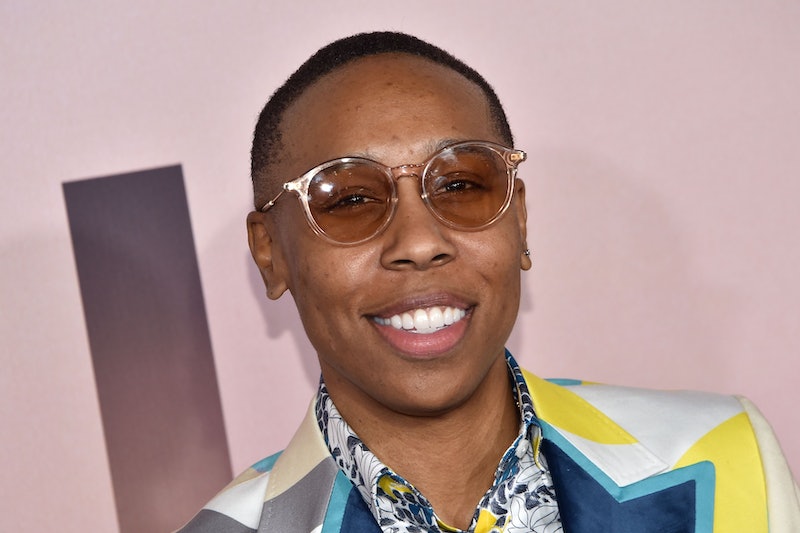 Light spoilers ahead for the Westworld Season 3 premiere. Westworld is moving out of the park and into the real world for Season 3, which means we finally get to see some new human-and-definitely-not-host characters who aren't exorbitantly wealthy park guests or high-powered Delos execs. Among them is Lena Waithe's Westworld character Ash, a neo-Los Angelino making ends meet by taking jobs on Rico, a TaskRabbit-like app for petty criminals.

This brings her into contact with Aaron Paul's Caleb, an army vet who works an unfulfilling job as a construction worker while moonlighting on Rico. Beyond that, we don't know much about Ash or what her storyline will entail, though a good guess is that she might somehow become embroiled in Dolores' takeover plan, as the host and Caleb develop some kind of relationship.

Waithe has been expectedly cryptic regarding any details about her Westworld role. She's featured briefly in the Season 3 trailer walking with Caleb and Giggles (played by former NFL player Marshawn Lynch), and another preview shows her speaking. In the premiere episode, she, Giggles, and Caleb rob an ATM together, and it's clear that their partnership is a continued one: though they don't dilly dally with much conversation in their initial meeting, a secret trailer from a viral marketing website for the series shows them all meeting up, this time with Dolores. The entire video is framed like a cheesy rom-com centering around Dolores and Caleb, with Ash lightly teasing Caleb by calling him "lover boy."

Based on that, it looks like Ash will be a mostly peripheral character who unknowingly gets involved in Dolores' revolution. But as Westworld fans well know by now, nothing is ever as it seems on this show.

More like this
Every 'That '70s Show' Character Who Returned For The Netflix Spinoff
By Grace Wehniainen
The 'Teen Wolf' Creator Revealed If 'Wolf Pack' Takes Place In The Same Universe
By Grace Wehniainen
The 'Gossip Girl' Reboot Creator Is “Looking For A New Home” To Air A Potential Season 3
By Brad Witter
'Succession' Season 4 Will Be An "Absolute Banger" According To Cousin Greg
By Bustle Staff
Get Even More From Bustle — Sign Up For The Newsletter
From hair trends to relationship advice, our daily newsletter has everything you need to sound like a person who’s on TikTok, even if you aren’t.