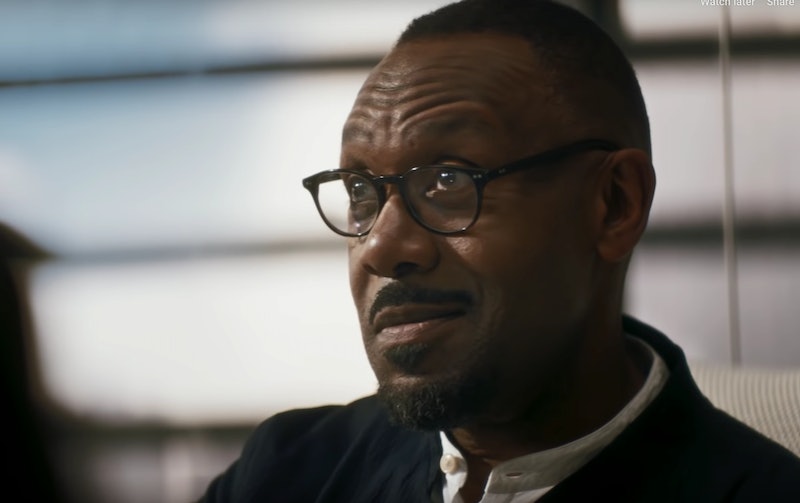 For many, Doctor Who is synonymous with scary aliens that low-key scare the hell out of us. (I mean, can we talk about the Weeping Angels for a sex?!) But let's spare a thought for all the actors on the show who have to see the creatures up close. Actors like Lenny Henry, who said filming Doctor Who was "freaky" for the most relatable reason.

The legendary British comedian, writer, and actor spoke to Digital Spy about the strangeness of the filming process ahead of the Doctor Who Season 12 premiere on New Year's Day — a two-part action packed adventure titled Spyfall, which he's starring alongside not only the Doctor's nuclear crew but fellow entertainment icon Stephen Fry. Henry said:

"It's really bizarre being in Doctor Who, I must say, because the things that you hid behind the sofa from when you were little, are there on the set with you. And it was so freaky to be on the set, being frightened in real time. I don't think I'll ever recover, really. But it was really exciting."

Getting a role on such an established and legendary show is an honour for sure, but it must have also been a bit intimidating. However, Henry explained that the production team, cast, and crew made him feel right at home. He revealed to Digital Spy that the team's favourite way to unwind is by playing The Chase, a board game based on the super hard tea time quiz show of the same name, "It was really good fun, and I felt almost immediately, with everybody, part of the team."

Gosh with all this fun you'd be forgiven for wondering if they actually got anything done at all. Well, according to Henry, the finished product is more than satisfactory. It's flipping marvellous. He told Digital Spy, "We just wanted it to be good and wow, my mind is blown."

Season 12 of the sci-fi show is Jodie Whittaker's second outing as the Doctor. Whittaker's rendition of the Timelord has proven to be a hit with viewers, loyal fans of the show, and even the tough-as-nails critics.

Sonic screwdrivers at the ready, this season is going to be mesmeric.

More like this
'The Last Of Us' Has Officially Been Renewed For Season 2
By Darshita Goyal
Turns Out George Clooney Is A Huge Fan Of This Classic British Game Show
By El Hunt
Mollie Gallagher Has A Deeply Personal Reason For Taking Up Skating
By Maxine Harrison
'Abbott Elementary' Fans Probably Missed This 'Parent Trap' Easter Egg
By Sam Ramsden
Get The Very Best Of Bustle/UK
Sign up for Bustle UK's twice-weekly newsletter, featuring the latest must-watch TV, moving personal stories, and expert advice on the hottest viral buys.