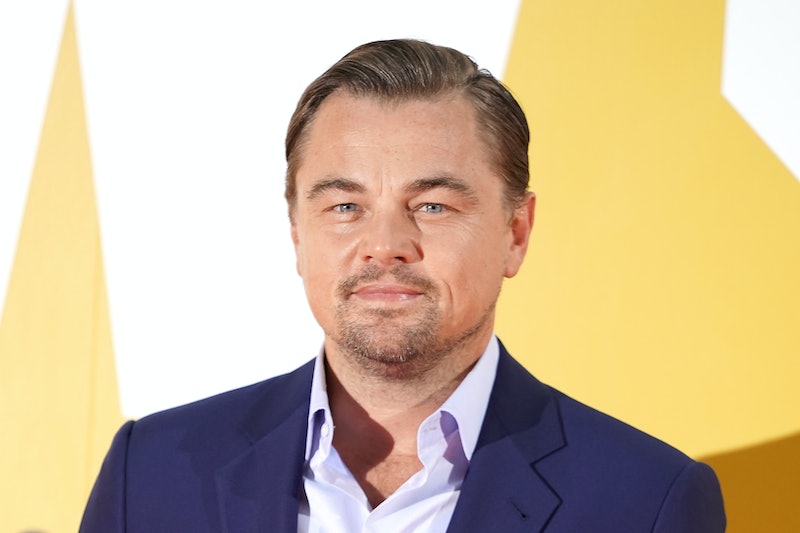 After nearly two decades of his own environmental activism, Leonardo DiCaprio called Greta Thunberg "a leader of our time" in a Friday, Nov. 1 Instagram caption. "There are few times in human history where voices are amplified at such pivotal moments and in such transformational ways," the Oscar winner wrote before singing the 16-year-old climate activist's praises. He added that he hopes Thunberg's "message is a wake-up call to world leaders everywhere that the time for inaction is over."

The photo of DiCaprio and Thunberg was taken during the Sweden native's recent trip to Los Angeles. The Leonardo DiCaprio Foundation creator called his time with Thunberg "an honor" in his IG caption. He also noted that they both "have made a commitment to support one another, in hopes of securing a brighter future for our planet." The post had garnered almost 4 million likes in its first 24 hours on the actor's page.

DiCaprio established his foundation in 1998 with "the mission of protecting the world’s last wild places," according to the organization's website. The actor was designated as the United Nations Messenger of Peace for Climate Change and also received the 2014 Clinton Global Citizen Award. While giving his Best Actor acceptance speech at the 2016 Academy Awards, DiCaprio called climate change "the most urgent threat facing our entire species" and implored those listening to "stop procrastinating."

During Thunberg's United States trip, she appeared on The Ellen DeGeneres Show and met with former California governor Arnold Schwarzenegger, who previously tweeted he was "starstruck" upon first meeting Thunberg in May 2019. On Nov. 1, Thunberg was also the keynote speaker at an L.A. student strike for climate action rally. Actor Mark Ruffalo tagged Thunberg in a Nov. 1 tweet promoting her appearance at the rally.

While Thunberg appeared on Ellen's Nov. 1 episode, DeGeneres referenced what she called a "not-so-nice" September tweet from Donald Trump directed at the activist. When the daytime talk show host asked if she would ever meet with the president, Thunberg said she doesn't understand why she would do that. "I don't see what I could tell him that he hasn't already heard," she revealed. "And I just think it would be a waste of time, really."

Thunberg first staged a "School Strike for Climate" in front of the Swedish Parliament in August 2018. The teen later rose to prominence due, in large part, to her emotional September 2019 speech at the United Nations Climate Action summit in which she famously told world leaders, "how dare you" for stealing her dreams and her childhood with their "empty words." She added that "people are dying," "entire ecosystems are collapsing," and the world is "in the beginning of a mass extinction."

In his Instagram post, DiCaprio noted that it is Thunberg and "young activists everywhere" that make him "optimistic about what the future holds." Their meeting shows that a new generation is ready to join the fight against climate change, so he seems to have every reason to remain hopeful.