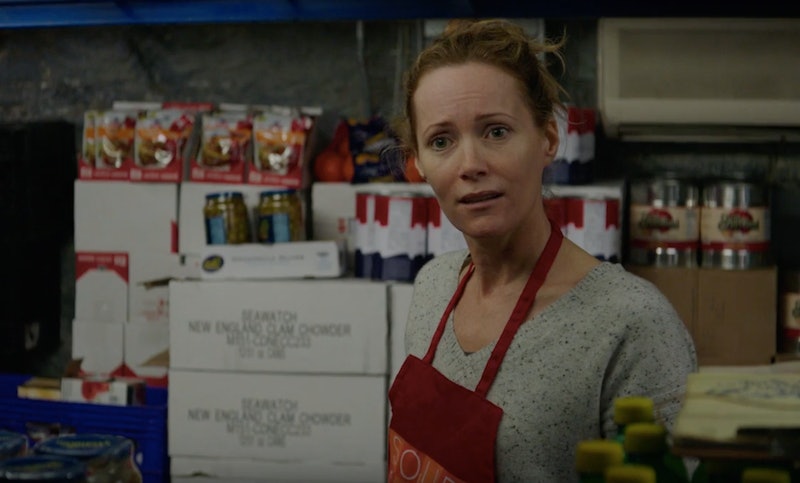 The upcoming film The Comedian is making headlines for showcasing on-screen boss Robert De Niro in a bit of a change-up role as a stand-up comic. Clearly, it works for him, as the actor was honored with the Hollywood Comedy Award for the role at the 2016 Hollywood Film Awards in October. Fittingly alongside De Niro as his comedic female counterpart is Leslie Mann. In the film, which premieres February 3rd, the two play cons who serve time in community service, resulting in an unlikely yet strong bond. In this exclusive clip, a preview of their chemistry and on-point comedic timing prove the film is one worth catching.

De Niro stars as tired comedian Jackie Burke, who's on the quest to reinvent himself and stay relevant to push passed fans who know and love him as his iconic TV sitcom character. But the short-fused comic soon finds himself off stage and at a homeless shelter serving community service time after assaulting an audience member with a microphone. It's there he meets Harmony (Mann), who has no problem giving him a piece of her mind (Mann's on-screen expertise, in my opinion).

In the below clip, Harmony goes head-to-head with Jackie while explaining why she was charged in the first place and questioning why she, a female, receives harsher treatment for her crime than Jackie, a male.

When Harmony learns Jackie was only punished with 100 hours of community service when she was given 250 (also for assault), she isn't having it. "Why is that fair, why does that make sense? That makes no sense at all," she assertively tells him. "That's bullsh*t." Mann's endearing delivery comes through, even while she's serving quick-witted jabs at De Niro's character. In this moment, their bond starts to form through her confusion and anger as the two begin to find their middle ground — becoming the film's foundation.

From this preview alone, I wonder why Mann and De Niro haven't joined forces on screen in the past, but that's why there's The Comedian.