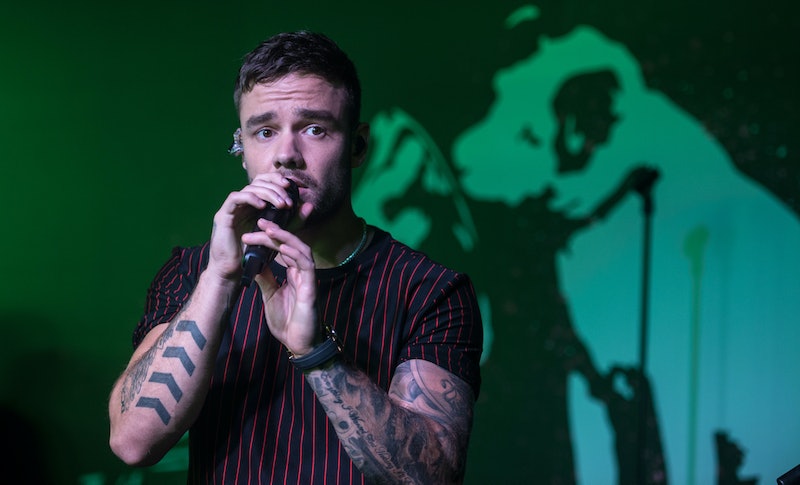 Growing up is hard, and it's a struggle that's shared by pretty much everyone, including those who seem to have it all. Yes, pop stars are not immune from life's ups and downs, as Liam Payne showed when he discussed his mental health struggles during a recent TV appearance.

The usually fiercely private musician appeared on Straight Talking with Ant Middleton and the pair put the world to rights while in the wilds of South Africa. Payne opened up by the fire and shared that, in many ways, he feels lucky to have gotten through the more difficult times. The Daily Mail reports that he was initially reluctant to open up about how his stratospheric rise to fame as part of One Direction affected him personally. However as their time on the show went on, Payne elaborated on his feelings. At first he told Middleton: "Fame is like having a weird midlife crisis. I am lucky to be here still. I can’t go too deep into it, I haven't made my peace with it."

But later he said: "There's times where that level of loneliness and people getting into you every day every so often… that’s almost nearly killed me a couple of times."

Payne has had an undeniably unique transition into adulthood. He became part of global sensation One Direction as a teenager, so has known very little of adult life without fame. But Payne explained that despite the darkest times in his life he's always managed to look ahead to better times. That even in the depths of despondency he's managed to pull through it.

"I've been in a bad place… it's been on the menu a couple of times in my life. Luckily I had great people around me. When things start to pile up on you it can get you, and you can only control you. You have to get on with it. You think there'll be another hurdle in a couple of months, you just need to get on with it. It's always turned out alright, even in the darkest situations."

This isn't the first time Payne has shared some real talk about his struggles in the public eye. He spoke to The Sun back in 2017 about how behind all the glitz and glam, he was actually feeling very low. "Going out and putting that happy smile on my face and singing the songs, honestly, sometimes it was like putting on one of those costumes, going out there and, underneath the costume, people don’t really see what's going on."

Being transparent about mental health difficulties is very brave and kudos to Payne for doing so. Hopefully, as such a well known individual, his opening up will lead to others seeking help if they need it.

If you or anyone you know has been affected by the issues mentioned in this piece call Samaritans free on 116 123 or visit their website.

More like this
Eurovision Has Been Given A Whole New Look Ahead Of Its Liverpool Debut
By Bustle UK
Claire Foy Spoke Out About 'The Crown's Gender Pay Gap
By Sam Ramsden
Olivia Colman Stars In First-Look Trailer For BBC's 'Great Expectations'
By Sabah Hussain and Sam Ramsden
Alan Carr's 'Changing Ends' Is A Witty Sitcom Based On His Own Life
By Darshita Goyal
Get The Very Best Of Bustle/UK
Sign up for Bustle UK's twice-weekly newsletter, featuring the latest must-watch TV, moving personal stories, and expert advice on the hottest viral buys.