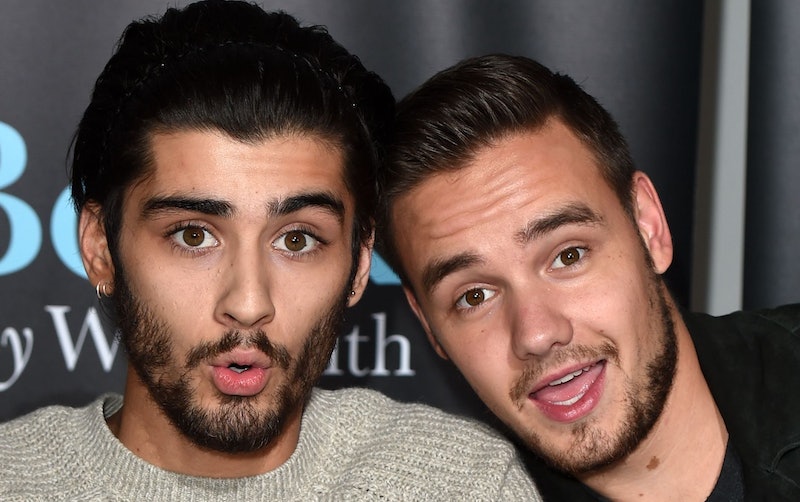 Since One Direction went on an indefinite hiatus, the boys have been doing pretty well for themselves. All five of the members are in the midsts of their solo careers, with Zayn Malik being the first to drop his second album, Icarus Falls, last December. Malik was also the first to part ways with 1D in 2015, and Liam Payne's comments about Zayn Malik in a recent interview seem to suggest that the two of them have lost touch.

Speaking with GQ Hype, Payne opened up about a whole host of things including his time in One Direction. Particularly the darker moments of their time together, including Malik's exit:

"I think with Zayn's particular exit and the way he chose to go, we haven't really heard from him since he left. He didn't even say goodbye, if I am being honest. It was a really sordid scenario, from our side certainly. A bit strange. It's difficult."

Payne mentions how being a part of 1D wasn't all smooth sailing. "We had our differences throughout the whole experience with some things. I still think about some stuff that was said and done that now I would do differently, but then that's all part of growing up."

I reached out to representatives for both Payne and Malik to see if they have any further comment on what was said in the GQ Hype interview.

Louis Tomlinson had similar thoughts on the situation last month, speaking to Metro about how Malik's departure still affects him. "At the moment, I'm still pretty mad about the whole thing. I don't think [Zayn] handled it very well." He and Malik did speak over the phone a couple of times after Tomlinson's mum sadly passed away in 2016. However, as Cosmopolitan reports, Malik didn't show up to his first performance since her death unlike the rest of his 1D bandmates. Instead, he opted to tweet his support.

"I had a couple of calls with him after I lost my mum, and all the boys had agreed to come to that performance, and he didn't show, so that really bugged me," Tomlinson said on journalist Dan Wooton's podcast (via Cosmo). "It was just seeing everyone there — Harry, Niall, and Liam — that was what I needed that night, that support. So on the other end of the spectrum, it kind of really showed. So, eh, I hope he's alright, but..."

However, Malik has been open about his struggles with anxiety, and wrote a piece for Time magazine a couple of months before Tomlinson's performance in 2016, specifically referring to how he had to cancel his Capital Summertime Ball slot. "I just couldn't go through with it. Mentally, the anxiety had won. Physically, I knew I couldn't function. I would have to pull out," he said.

More like this
Mimi Webb’s IRL Situationship Inspired “Red Flags”
By Catharina Cheung
Here’s How You Can Watch The Grammys 2023 In The UK
By Emma Madden and Catharina Cheung
Twitter Is Saying The Same Thing About Beyoncé's Renaissance World Tour
By Shahed Ezaydi
“I’m Not Here To Make Friends” Speaks To A New Sam Smith Era
By Maxine Harrison
Get The Very Best Of Bustle/UK
Sign up for Bustle UK's twice-weekly newsletter, featuring the latest must-watch TV, moving personal stories, and expert advice on the hottest viral buys.