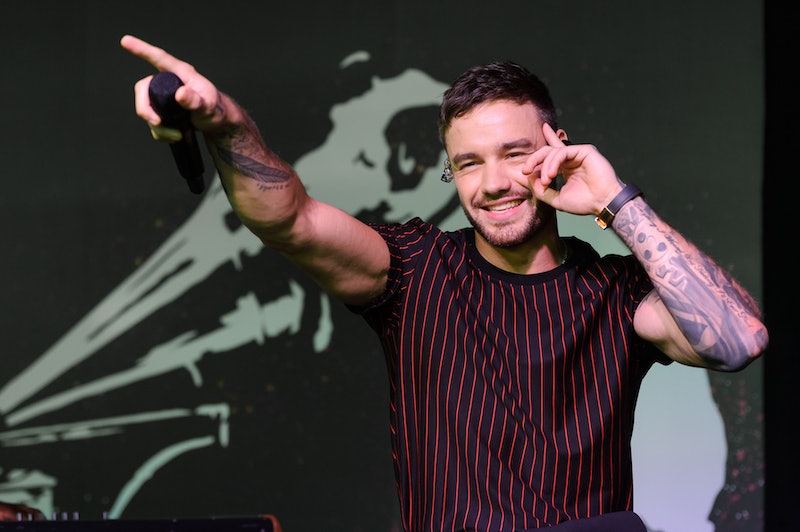 Fans have been waiting literally years for the release of Liam Payne's debut album, but the wait is finally over. The 26 year old has just announced all the details of his first solo album. Titled LP1 (just like the fans predicted), the 17-track album comes out on Dec. 6, 2019 — just in time for Christmas.

Oh, and you can pre-order it right now.

Recorded in a number of locations across the globe including London, New York, and Los Angeles, LP1 features all of Payne's well-known hits along with previously unheard tunes. Expect the star's urban pop signature sound along with some stripped back newbies.

“I’m so excited to be releasing my debut album this December!" Payne said in a statement. "I've had so many amazing experiences over the last few years which I've used as inspiration for this record — it's been a real labour of love. I've worked with some incredibly talented people in the studio to produce an album that truly represents me which I'm very proud of. Your support means the world to me and I can't wait for you all to hear it."

The full track listing, with a suitably festive addition, reads as follows:

Since releasing his first solo single, "Strip That Down", in 2017, Payne's career has continued to rise. The former One Direction star has sold more than 18 million singles and his music has been streamed a whopping 3.7 billion times. His singles have been replayed on the radio again and again with "Strip That Down" selling 11.5 million copies across the globe.

Payne's latest single, "Stack It Up", was penned by Ed Sheeran and featured American rapper A Boogie wit da Hoodie. It's received so much buzz that Payne has just released an acoustic version of the upbeat track.

LP1 has been a long time coming with a debut album first teased in 2017. In December of that year, Payne told Metro the album "was almost done, and then I decided I wanted to do something a bit different and push the boundaries." Later on, it was revealed that the album would be released in September 2018, per Billboard.

Alas, that date came and went, but not without some comment from Payne to explain the delay. In August 2018, he took to Twitter, writing: "As you may know, the last few months have seen some big changes for me." (Payne and Cheryl had announced their split a month prior.)

He continued: "I looked at some of the songs on my album which were done a while ago and they felt from another age," he continued, saying: "I’m determined for my debut album to truly represent me. I’m now back in the studio working hard to finalise the final few new songs on the record — I’m genuinely excited about the music I’m writing and recording and I can’t wait for it to be ready for you all."

Several months later, in March 2019, he appeared on Virgin Radio Dubai, admitting that he was "trying to find the right songs" and "just seeing where it goes." Recently, rumours began circulating that the album would be dropping in December. (Payne had previously told OK! magazine that it would "probably" be out in 2020. He also revealed the album would be "very hip-hop and R&B-orientated with lots of artists that I like — an Usher and Justin Timberlake reference throughout.")

Payne's album release journey has been very different to the many he experienced as a member of One Direction. During a recent appearance on the Table Manners with Jessie Ware podcast, he explained that the band would "write an album in two weeks," calling the experience "crazy."

He also touched on One Direction's split, telling Ware: “I was kinda just like, you’re either gonna be a crazy child star that dies at whatever age, or you’re going to live life and actually get on with it. You have to realise what the possibilities are.” The world is about to hear exactly what those possibilities sound like.

This article was originally published on Oct. 18, 2019