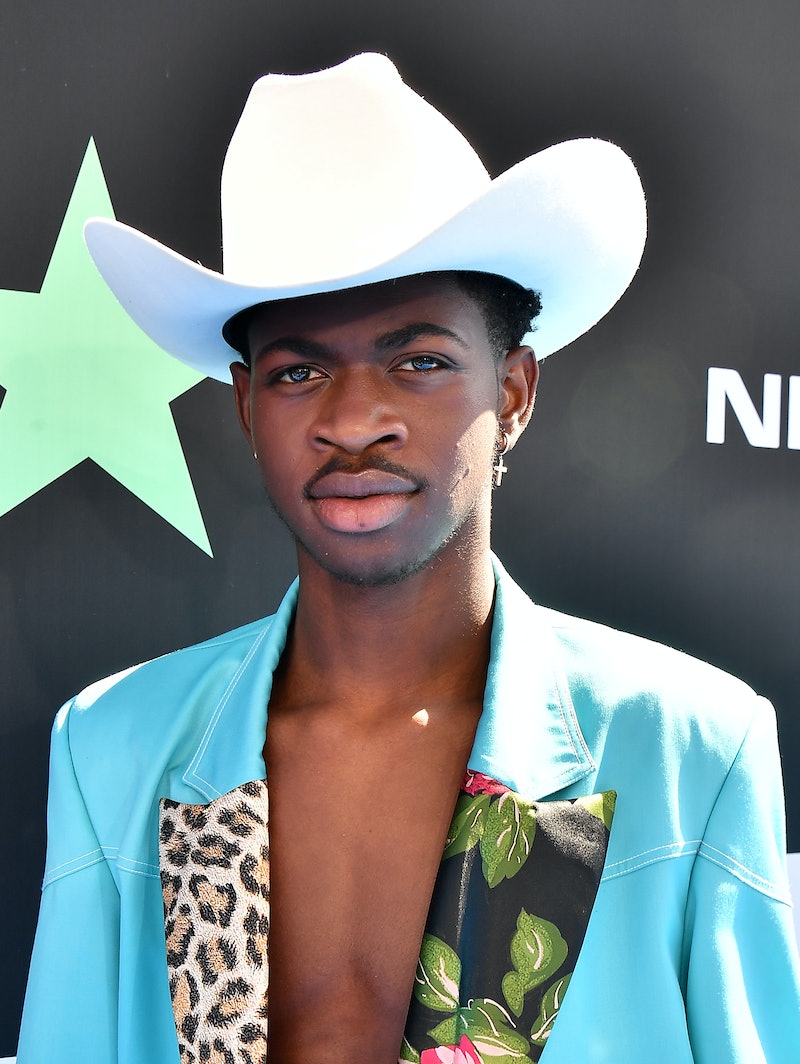 You can't tell Lil Nas X nothin' to make him regret speaking his truth. During a July 5 BBC Breakfast interview, Lil Nas X said he's "already getting" backlash for coming out as gay. Instead of lashing out, however, the "Old Town Road" rapper is taking it all in stride. "Learning the internet over the past couple of years, you know, I used to be that person being negative," he admitted on the British morning news show. "So it's like I'm not angry or anything because it's like I understand ... how they just want that reaction, but I'm just gonna joke back with them."

The 20-year-old Atlanta native feels like he's "opening the doors for more people" in the LGBTQ+ community and hopes that, by revealing he is gay and providing that visibility, "they feel more comfortable." After all, as an artist who blurs genre lines in his music, his is a road not frequently traveled either. "Especially within the country and hip-hop communities ... it's like it's not really accepted in either," he added.

In fact, Lil Nas X almost didn't come out at all. "I mean it's just something, you, know, that I was considering ... just like taking to the grave or something," he shared during the sitdown. "But it was like I don't wanna just live my entire life — especially, you know, how I just got to where I'm at — just like not doing what I want to do."

So, on June 30 — the last day of LGBTQ+ Pride Month — Lil Nas X revealed his sexuality on Twitter, for the first time publicly. In the post, he wrote that "some of y’all already know, some of y’all don’t care, some of y’all not gone fwm no more. but before this month ends i want y’all to listen closely to c7osure. 🌈🤩✨"

The lyrics to "C7osure (You Like) — taken from the rapper's debut EP, 7, (which he dropped on June 21) — references wanting and needing to be "free" and includes the lines: "Ain't no more actin', man, that forecast say I should just let me grow ... This is what I gotta do, can't be regrettin' when I'm old."

In a follow-up tweet, Lil Nas X wrote, "deadass thought i made it obvious," along with his album's cover art that features a rainbow-colored skyscraper among a cluster of buildings.

His BBC Breakfast interview wasn't all about serious conversations though. In a hilarious blooper of sorts, Lil Nas X "accidentally walked across the tv this morning on the uk news," as he wrote in an Instagram caption. Celebrities like Ellie Goulding, Noah Cyrus, and Travis Barker all noted in the comments that they were laughing along with him. "😂Our favourite moment of the morning - @LilNasX you're welcome to come back and block our cameras anytime! 🎥🚶🏿‍♂," read a tweet from BBC Breakfast's account.

Responding to a fan's post of a video clip of the gaffe, he wrote, "lmfaooo i didn’t know."

Despite some negative reactions he's gotten since coming out, Lil Nas X has had plenty of celebrity support as well. In response to the rapper's post about receiving homophobic comments, former NBA star Dwyane Wade wrote: "Focus on all the good in your life. Don’t allow these fools get to you. It’s a lot of us out here proud of who and what you represent✊🏾." (Diplo also commented: "We love you tho")

On July 1, Miley Cyrus, whose father Billy Ray Cyrus collaborated with Lil Nas X on the "Old Town Road" remix, reacted to the coming out tweet. "SO proud of my baby brother @lilnasx 🌈❤️🌈❤️ In your corner forever my friend!" she wrote, along with a photo of herself with the musician.

Whatever backlash Lil Nas X has experienced since coming out, he's certainly got plenty of love and support to go along with it as well.