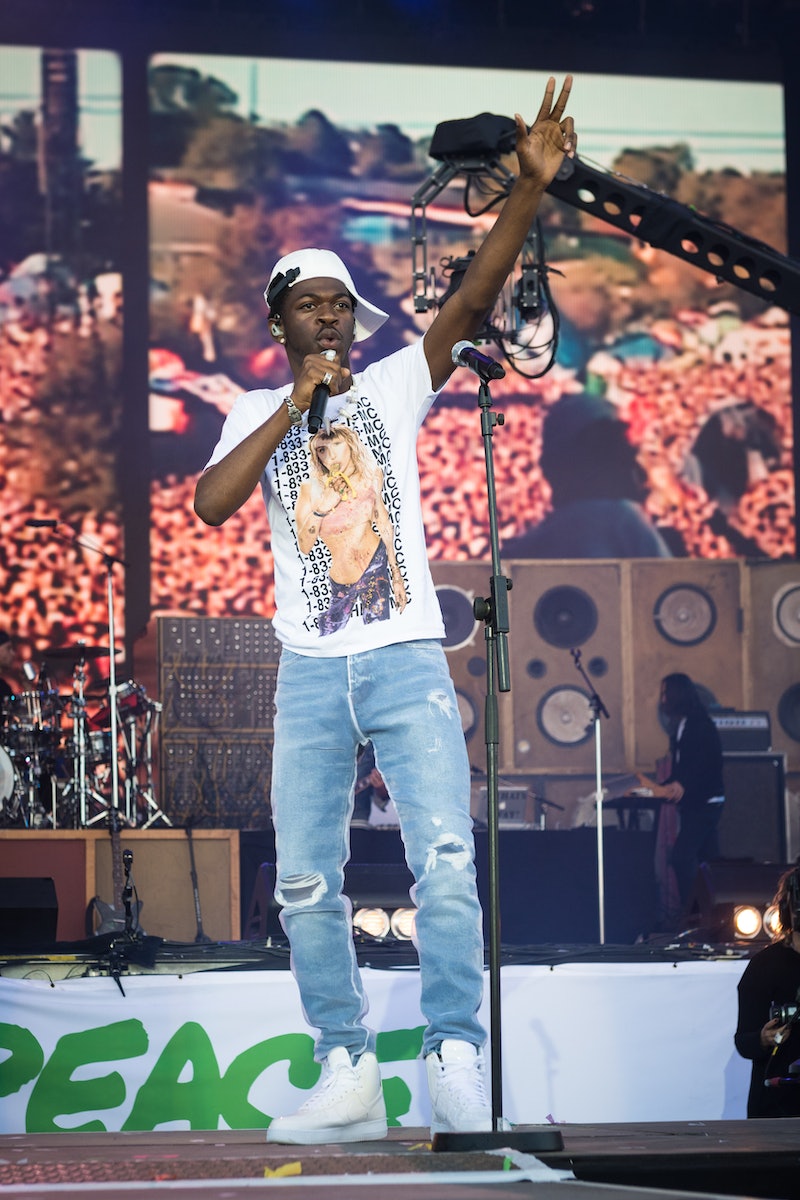 If you're sick of hearing "Old Town Road" on the radio, then buckle up, because Lil Nas X is nowhere near done releasing new remixes of his breakout hit. In fact, Lil Nas X got RM of BTS on a new "Old Town Road" remix, brilliantly dubbed "Seoul Town Road," making it about the billionth remix of "Old Town Road" in existence, and fans of Lil Nas X and BTS are completely loving it.

"Seoul Town Road" follows the same winning formula of the genre-crossing and chart-crushing original song, with RM singing the first iconic chorus and proving that he has an impressive country accent. Lil Nas X takes over from there, before RM comes back with a verse of his own, rapping primarily in English, but sneaking in some clever Korean vocabulary: “I got the homis in my bag / Have you heard of that? / Homis made of steel from Korea / They the best."

Unlike what some fans might be thinking, "Homis" does not translate to "homie" in English. It's actually a common gardening tool used in South Korea, according to Variety. Turns out that RM can truly get country, making "Seoul Town Road" perhaps the first example of K-country-pop. Or K-country-rap. (You get the point.)

Naturally, both the BTS Army and Nas X fans have joined forces after the new remix, with everyone on all sides praising the innovative inclusion of a K-pop star on a Western rap song.

"Seoul Town Road" joins the legacy of famed "Old Town Road" remixes that have graced us in previous weeks. It all started when the King of Country (don't question this) Billy Ray Cyrus hopped on the first remix, delivering a knockout verse and a kick of Southern raspiness to the viral track. History was made as the "Old Town Road" remix became a certified smash on the pop, hip-hop, and country charts.

More recently, Young Thug and Mason Ramsey (yes, the Walmart yodel boy) recently also joined Nas X and Cyrus on a superstar remix, which gave fans the lyric, "If you ain't got no giddy up, then giddy out my way." I want this quote on a throw pillow. It also came with a genius Area 51-themed video to capitalize on the hilarious alien memes storming social media.

Needless to say, this newest remix inspired many on Twitter to start joking about how many remixes of "Old Town Road" Lil Nas X is going to release. Even the artist himself joined in on the remix jokes, saying on Twitter that "Seoul Town Road" would be the "last one i PROMISSEE."

"Old Town Road" is currently at its sixteenth week at number one on the Billboard Hot 100 chart. If it stays on top for just one more week, Nas X and Cyrus will officially have the longest-charting number one song in Hot 100 history, breaking a record previously held by Mariah Carey and Boyz II Men with "One Sweet Day," and later tied by Luis Fonsi, Daddy Yankee, and Justin Bieber's "Despacito."

Of course, that will only happen if this new K-pop infused version doesn't knock it off the top spot.