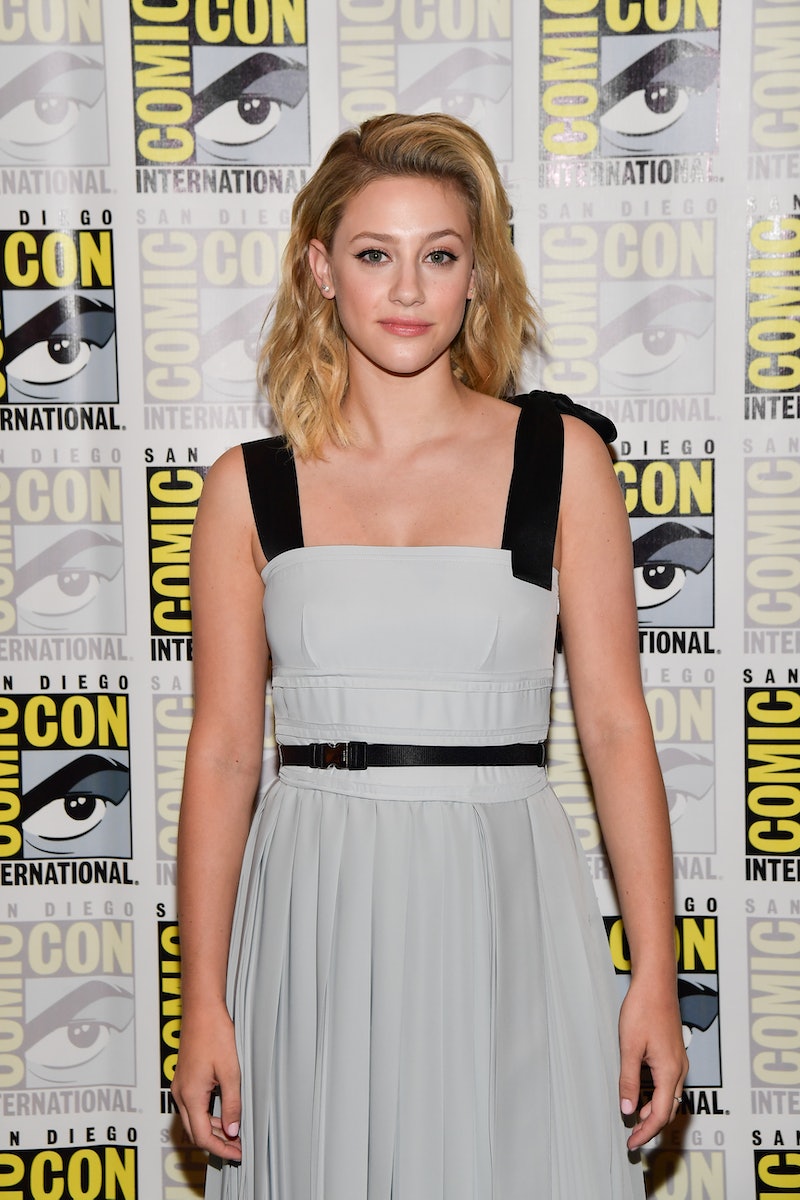 In Sprousehart (and Bughead) we trust. Late on Thursday, July 25, Lili Reinhart addressed the Cole Sprouse breakup rumors on Twitter, this time calling out “reliable sources.” As fans will recall, US Weekly published an exclusive on July 22 claiming that Reinhart and Sprouse had officially split after two years of dating. The report sent shockwaves over the Riverdale fandom. But to the relief of fans, it seems the rumors might have been just that — rumors.

After the unveiling of their joint W Magazine cover, shot back in May, Reinhart and Sprouse took to Instagram on July 25 to dispel (and poke fun at) the breakup rumors. "BREAKING: A reliable source has confirmed that none of you know sh*t," Reinhart captioned a photo of the cover story. Elsewhere, her onscreen and IRL beau Sprouse added on a post of his own, “UNPRECEDENTED: Cole Sprouse and Lili Reinhart consume the flesh of ‘reliable sources’ to fuel their bacchanalian sex cult.” (Bustle reached out to reps for Reinhart and Sprouce for context on their post, but did not receive immediate responses. Bustle previously reached out to both actors' reps about the split reports.)

Now, Reinhart is back with more thoughts on the matter. “Don’t believe everything you read on the internet, kids,” she wrote on Twitter later that day. “And news sources should try a little harder to be less vile. ‘Reliable sources’ can kiss my ass.”

She said what she said. On the heels of US Weekly’s report that the two split, fans were sent into a state of mourning. The arrival of the duo’s joint W Magazine cover and interview made the rumors all the more confusing. The cover story asserted that Reinhart and Sprouse “would part ways romantically” two months after the interview, which the couple insisted on doing separately. However, their reasoning behind separate interviews is pretty valid. Reinhart explained to W Mag of the decision, “We’re not fighting with the idea that people group us together, but we are paired up a lot… We’re acknowledging that we’re in a relationship, but it’s a small part of who we are as people. We want our own separate identities.”

Sprouse echoed these sentiments. “Lili is an incredibly talented individual who speaks for herself and deserves her own voice box in every single way,” he added. “That alone is justification enough for me to do it like this. I don’t think we’re weaving two different narratives here.” Still, the rumor mill was set ablaze. Not long after, articles about the pair’s distance and “shade” were thrown into the narrative. So much so that Reinhart clearly felt she had to step in.

Shortly before telling "sources" to kiss her ass on Twitter, Reinhart took it upon herself to clear the air about a Cosmopolitan article that suggested she “liked” a shady clip of Sprouse at San Diego Comic-Con. In the clip in question, Sprouse hands Reinhart a microphone, and she “stares him down and then simply shakes her head,” according to Cosmo. Well, the Hustlers actress let it be known on Twitter that the clip wasn't quite what it seemed. In response to Cosmopolitan’s tweet, Reinhart simply wrote, “Or I liked it because it’s a funny video of me not wanting to talk with a cookie in my mouth ?”

As Betty Cooper’s IRL counterpart has acutely said, "Don't believe everything you read on the internet, kids." And remember: sometimes "shade” is just the result of a mouth full of cookies.