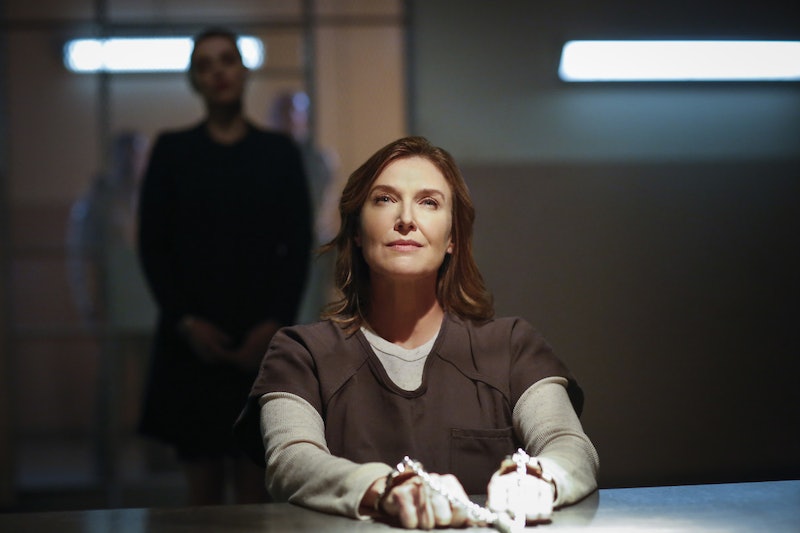 As the second season approaches its halfway mark, it's becoming clear that Project Cadmus leader Lillian Luthor is going to be a major Supergirl villain. And though The CW series may feel like it was lifted right out of classic comics, so far, the show hasn't been too loyal to its source material, preferring to create more of its own continuity instead. Lillian Luthor's DC Comics background proves that, as Supergirl has hugely expanded her role.

In the comics, Lillian is still Lex Luthor's mother, but according to Comic Vine, only appears in two issues of Superman comics. In Smallville, The CW's Superman prequel, Lillian was deceased, but still mentioned as Lex's mother and appeared in several flashbacks.

With such little source material to go on, Supergirl is really telling an original story by fleshing out Lillian and even attributing some of her son's villainy to her precedent. Or, I guess you could say the villainy flows from son to mother, because while Lex may have gotten his signature coldness and ruthlessness from his mom, it wasn't until after Superman beat him that Lillian gained her hatred for aliens and worked to develop Project Cadmus. One of the best things about Supergirl is that it's so committed to having powerful female characters at every echelon of the show, both good and bad, and the reveal that Lillian leads Project Cadmus certainly fits with that.

Just as Lillian's storyline is being expanded, so too is Project Cadmus changing in order to better fit Supergirl. In the comics, Project Cadmus is primarily a genetics lab that researches the human genome and unlocks the ability to clone humans, and in some storylines, human-Kryptonian hybrids. The emphasis is on mad science, not necessarily a desire to understand and destroy all alien life. There is a particularly evil character in the comics named Dr. Dabney Donovan, who took scientific discovery to extreme ends, believing there should be no limits on what he can create using his genius knowledge of DNA. He's a bit similar to Lillian, since she has something of a God complex when it comes to her plan to "save" the world by eradicating aliens.

But mostly, the Supergirl version of Lillian is breaking new ground. She may be based on an original character from the Superman DC Comics in the simplest sense, but this version of Lex (and Lena) Luthor's mother has never really been seen before. That means it's not clear what she'll do next and that just makes the rest of Supergirl Season 2 even more exciting.