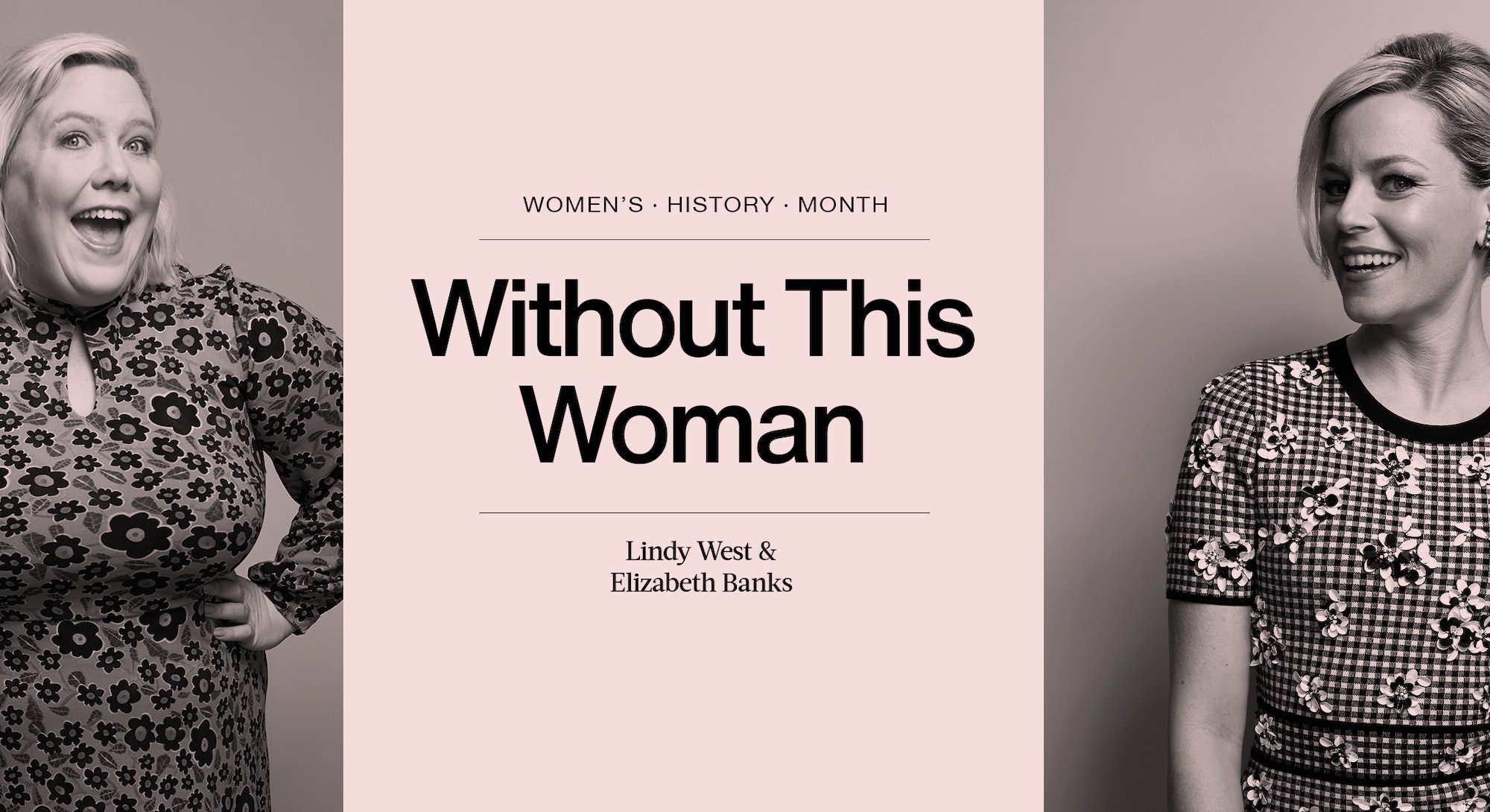 The Shrill team is led entirely by women. It’s me, Aidy Bryant, and our showrunner Ali Rushfield — but it was Elizabeth Banks who optioned Shrill, believed in this project, and fought to get it made. When I was first looking to adapt my memoir into a television show in 2016, I went to Los Angeles and had about 14 meetings. I met with tons of production companies and a ton of executives. Everyone seemed great. But then I met Elizabeth.

She cared about the subject matter. She wasn't afraid. She didn't flinch when I said, "I want to put an abortion in the pilot” — she was excited by the idea. She just clearly had feminist and political ideals that aligned with mine. I could tell she would really fight for this project. And once we decided to work together, she really did. When we went and pitched networks, she’d make an impassioned speech about why this show was important. It was a really tangible example of why representation matters. A man can't make the same speech that Elizabeth made about why body liberation is a political issue for women.

She’s also been just as engaged throughout the entire process. During production on Season 2, she was making Charlie's Angels. But even when she was in Germany or something for the film, she was still on all of the phone calls weighing in on, like, casting choices and everything else. She's doing 800 things at once and still takes time to think about the marketing and promote it on social. Elizabeth is tireless in fighting for her projects.

As a woman new to the business, it’s been really inspiring to see the breadth of what's possible if you put that much care into your work, especially since I'm at a moment in my life where I have a lot of jobs. I’m a newspaper columnist, I just put out a new book, and I have another due in March. Hopefully we’ll get a third season of the show. It's exhausting and it's overwhelming. But it's inspiring to get to work closely with powerful, successful women like Elizabeth who find ways to fight for the lives they want, and on their terms.

It's a joke to ask, "Can women really have it all?" because society makes it really, really hard for us to do that. But I definitely find it fortifying and inspiring to work with Elizabeth and see a woman who is fighting for just that.

As told to Samantha Leach. This interview has been condensed and edited for clarity.