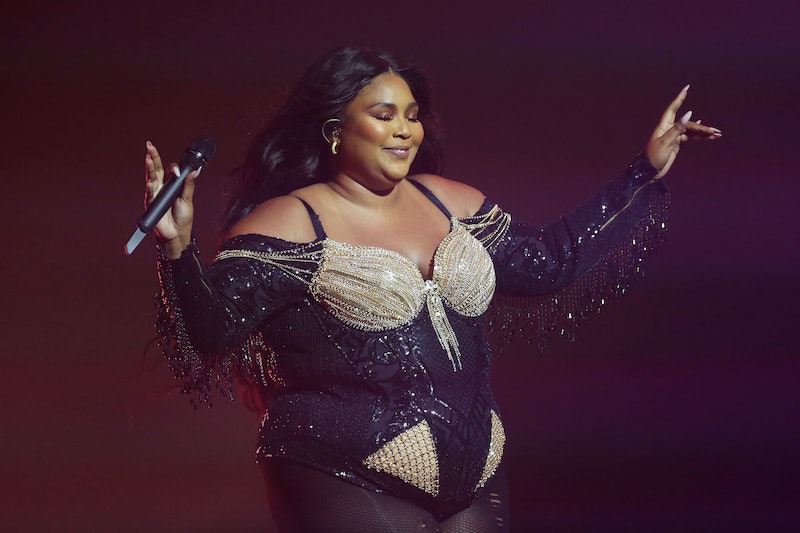 Lizzo fills fans' lives with nothing but love and positive encouragement, but she doesn't put up with clownery, especially when it comes from anonymous Internet trolls. After facing a barrage of hate on social media, Lizzo has left Twitter, as she announced via the site on Sunday, Jan. 5 in the most fabulously nonchalant way. The best part? She will only return to the site "when she feels like it," as a true boss does.

The artist took to Twitter to let fans know about her decision, revealing that the amount of trolling against her online was simply too much to deal with. "Yeah I can’t do this Twitter sh*t no more.. too many trolls," she declared, complete with a peace sign emoji for emotional impact.

However, Lizzo's account is still active, and she confirmed that she will make a return to the social media platform — at some point. "I’ll be back when I feel like it," she concluded. Given her usual penchant of being open and celebratory with followers online, this likely comes as a relief to fans. And, never fear, Lizzo won't be completely absent from social media. Her Instagram is still active, and the singer hasn't announced any intentions of leaving that platform just yet.

Given the ridiculous hate that she's had to go through on Twitter recently, it's no wonder that Lizzo is taking a break. Just a few weeks before leaving the site, she made headlines for rightfully clapping back at a Twitter user who said that she was only popular "because there is an obesity epidemic in America."

Lizzo quoted the Tweet and made her thoughts clear directly to the critic. "I'm popular because I write good songs and I’m talented and perform high energy hour and a half shows filled with love," she responded. "The only person who needs to do better is you. Keep my name out ya mouth & look in the mirror before you come for me."

She also faced overblown criticism online for wearing a thong-revealing outfit to a Lakers game in December of 2019. During an interview on CBS This Morning, Lizzo debunked the myth that she was wearing no layers under her outfit and addressed the criticism head-on. Of course, she was unbothered, as usual. “I stay in my own positive bubble,” she said. “It’s their opinion. It’s not for me to really ingest, it’s for them to express and for me to choose to listen to or not.”

Given the level of scrutiny that she's faced online, it's not surprising that Lizzo finally had enough. And if a break from Twitter is what she needs to start 2020 off right, then that's exactly what Lizzo is going to do.