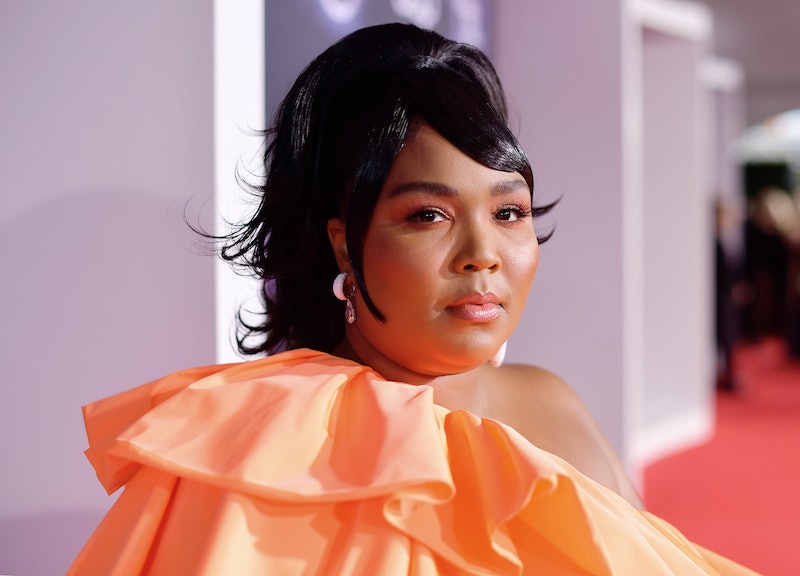 Before she became the shining example of self-love that she is today, Lizzo first had to turn her wounds into wisdom. In a Rolling Stone cover story published on Wednesday, Jan. 22, Lizzo opened up about experiencing body dysmorphia in her late teens and early twenties. (The Mayo Clinic defines body dysmorphic disorder as a "mental health disorder in which you can't stop thinking about one or more perceived defects or flaws in your appearance.") As the 2020 Grammy nominee, now 31, explained to the magazine, her journey to arrive at this place of peace wasn't always easy, though.

Lizzo's low self-esteem at the time was only exacerbated by a toxic past relationship, as well as perceived societal standards of beauty, per her Rolling Stone interview. One of the lowest points in her life, she explained to the magazine, came in 2007 when she was a "delusional" 19 year old. Lizzo recalled that her boyfriend at the time told her, "I'm a little guy. I need a little girl." So in an attempt to please him, Lizzo said she tried to emulate New Girl actor Zooey Deschanel, before realizing she couldn't "just wake up and be a white girl."

Her eventual post-breakup takeaway: "How can you be in love with someone when you’re not even you?" she shared with the publication.

By the time she was 26 and wrote her ballad "My Skin," she'd gotten to a place where she could confront herself and had "come to terms with body dysmorphia and evolved." Channeling this wisdom into her music became part of how Lizzo further explained she now uses her "pain so constructively." The musician also labeled her hurts as an "inevitable" part of the human experience.

"The body-positive movement is doing the same thing," she added to Rolling Stone. "We're growing together, and it's growing pains, but I’m just glad that I'm attached to something so organic and alive."

Of course this isn't the first time Lizzo's talked about her past struggles with body image. In an interview for Elle's October 2019 Women in Music issue, she "wanted to change everything about [herself]" when she was growing up. She elaborated: "I didn’t love who I was. And the reason I didn’t love who I was is because I was told I wasn’t lovable by the media, by [people at] school, by not seeing myself in beauty ads, by not seeing myself in television...by lack of representation."

Echoing her comments to Rolling Stone, she added that her "self-hatred got so bad" that she fantasized about being other people. "But you can’t live your life trying to be somebody else," Lizzo asserted of her "mental health journey" to Elle. "What's the point?"

Indeed, Lizzo has embraced the lessons of her teens and early twenties — and used them to help everyone else feel good as hell about themselves, too.