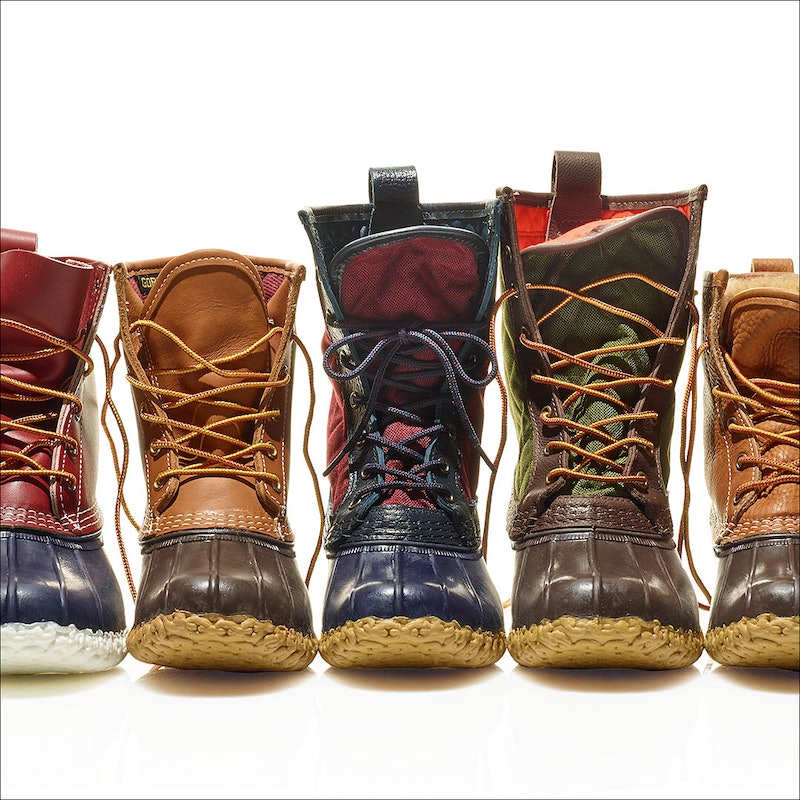 How brands gain customer loyalty is up to them, but some of them certainly are better at it than others. From Nordstrom's rumored penny deals to Sephora's bomb return policy, people love these brands approach to business. Now, though, a famous policy is leaving. L.L. Bean's lifetime return policy is ending. Bad news, right? Don't get too upset just yet, though. L.L. Bean may be eliminating one of the elements of their brand that customers loved most. However, based on Twitter reactions, customers don't seem to be too upset about the removal of the policy.

According to a letter to their customers, L.L. Bean will be getting rid of its lifetime replacement policy which has in place for over a century according to USA Today. The company explained in the letter that the policy has led to abuses with people returning items that have been worn seemingly over multiple years. While the return policy is life-long, the brand was clear in their letter that it is not a lifetime way in which to replacement your worn out products.

The brand didn't just e-mail the letter to their customers, though. They posted it to their Facebook page making it social media official that the policy is coming to an end.

If, however, you're a loyal L.L. Bean boot wearer or you can't get enough of their ultra durable tote bags, don't worry. You won't go from a lifetime return policy to a two week policy. It's nothing that dramatic.

Instead, L.L. Bean will be limiting to returns to a year with a receipt. If, however, you feel your return is the result of a manufacturer or material error, the brand will work with you after the one year period to satisfy your complaint — though no specifics on what that means was given.

Perhaps the most interesting part of the policy change isn't even the change itself. It's the professional savagery that the brand engaged in. In the letter, L.L. Bean Executive Chairman explains, "Increasingly, a small, but growing number of customers has been interpreting our guarantee well beyond its original intent. Some view it was a lifetime product replacement program, expecting refunds for heavily worn products used over many years." Basically, as the tweet above says, "L.L. Bean is tired of your shit."

As for how customers feel about the change, they don't seem very pleased about the update.

Some cited the creator and his outlook on customer service seeming to insinuate that the new policy betrays the values of the company.

Others took a more lighthearted approach to the news comparing the policy's end to the latest Snapchat update which has also drawn its fair amount of internet ire.

Clearly, people are shook over the end, and it's not in a good way.

Some, however, seemed less upset about the news, and instead, they poked a bit of fun at the switch up.

People want to know who is to blame for the return policy shenanigans.

If you were planning to return your pair of five year old L.L. Bean boots, you're out of luck, but considering their still lengthy return period, this may not be something to cry over just yet.