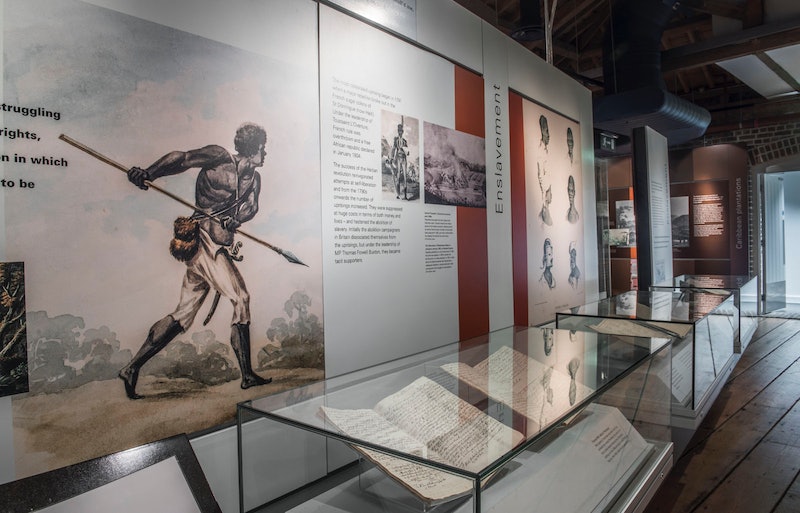 The UK's links to the transatlantic slave trade are undeniable, in fact, a large portion of the wealth from Britain was accumulated on the backs of enslaved Africans. Now Mayor of London Sadiq Khan has endorsed proposals for a British Slavery Museum in London. It makes complete sense for London to have its own slavery museum, and it’s time the UK started actively talking about its ties to slavery.

The proposal comes from the Fabian Society, and is intended as a way to address discrimination against London’s black community. Mayor Khan lent his support in a statement, saying, “It’s right and fair that all Londoners see themselves and their history reflected in our city’s museums and cultural institutions. Learning more about the uncomfortable nature of our city and our nation’s role in the transatlantic slave trade can serve to deepen our understanding of the past and strengthen our commitment to fight racism and hatred in all its forms.”

Labour MP David Lammy, who in the past has spoken about being directly related to enslaved people, said on Twitter: “I warmly welcome proposals for a London slavery museum. So often, whether it comes in the form of hate speech or government policy, racism is the product of ignorance. We all need to educate ourselves about this country’s colonial past.”

Like many people in this country, I was taught about slavery only from an American perspective. In secondary school, I remember having to look at the screen through covered eyes as we were made to watch the TV series Roots in class. I don’t, however, recall learning about Britain's involvement in the gruesome slave trade other than about abolitionists like William Wilberforce and their hand in helping end it.

As per the National Archives, Britain exported around 3.1 billion enslaved people to islands in the Caribbean. And although slavery was abolished in 1807, the Slavery Abolition Act didn’t come in until 1833. On top of that, indentured servitude still continued in the Caribbean after that date and, as the Encyclopaedia Britannica states, it had conditions that were barely any less degrading. The wealthy Britain we know today came about because of slavery. As the New Statesman reports, banks like Barclays and Lloyds, can trace their roots back to slavery, and as Bustle notes, so can institutions like University of Cambridge and Glasgow University. According to the Guardian, the National Gallery, the Royal Academy, the Tate, the Victoria & Albert Museum, and the British Museum all gained money from owners of institutions related to the slave trade.

It was only recently that the Treasury said, in a now deleted tweet, that British taxpayers had been paying off the debts of slavery until 2015. What it didn't make clear was that it was slave owners, not slaves, who were being compensated. The government at the time had to pay £20 million, the equivalent of £16 billion to 46,000 British slave owners for the loss of property. This means taxpayers up until 2015, some who are directly descended from enslaved people, were helping to pay back this sum. It also means direct descendants of slave owners, which as the Independent reports, includes former Prime Minister David Cameron, still have wealth because of slavery.

There is one museum dedicated to the slave trade already, the International Slavery Museum in Liverpool, one of Britain's largest ports during the Slave Trade alongside London and Bristol. The museum is, however, on one floor located within the Maritime Museum. The Museum of London also currently has a free exhibition running, called London, Sugar & Slavery. But still London could benefit from having a whole museum dedicated to the history of the slave trade.

My family is from Jamaica; I am a direct descendant of enslaved Africans in the Caribbean. I want to know the stories of my ancestors, and I want everyone in the UK to understand this country’s colonial history. No, I don't think one museum will magically stop racism — having one in Liverpool has proved that. But I do think education and honesty about this country's colonial past and its legacy is a step in the right direction.